When did wildfires start to occur on earth?

An oxidizer, fuel, and heat are needed for a fire. When considering oxygen as the oxidizer, an oxygen concentration of approximately 16% is required for combustion. Plant material is the fuel considered when thinking of a wildfire. A couple examples of natural heat sources could be lightning or lava. 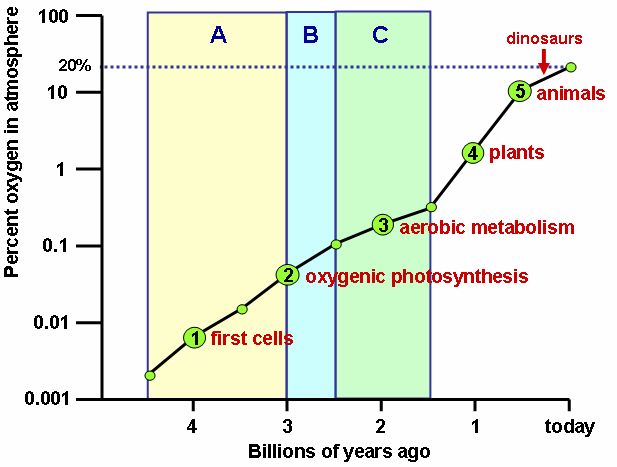 A definitive statement comes from the abstract of Scott and Glasspool1, 2006:

Charcoal, a proxy for fire, occurs in the fossil record from the Late Silurian (≈420 Myr) to the present.

One of the tired old truisms you learn is that fire needs three things: Oxygen, fuel, and a source of ignition.

There is little doubt that there has been lightning since Earth's formation. (Wikipedia:Paleolightning). There appears to be evidence of the fossil fulgurite from the Proterozoic Eon.

So as soon as plant-based fuel appears on land, there is evidence of fire.

Although there is evidence for land plants for as far back as 850 Myr, and some evidence for land-based bryophyta (moss) appears in the Ordovician Period, evidence of widespread plant colonization of the land, and plants with vascular tissue that can dry out into fuel, do not appear until the Silurian period with the appearance of Cooksonia and other early tracheophytes. (Wikipedia: Evolutionary history of plants)

The level of oxygen in the atmosphere does appear to play a role, as there is a gap in the Mid-Devonian period, apparently coincident with a dip in oxygen levels (to about 13%), but there doesn't appear to be a consensus on that. At any rate, fossil charcoal picks up again in the late Devonian as oxygen levels rise again.

Fire has been apart of natural ecology for as long as land plants existed. The Silurian period(420 million years ago) high light the most examples of fossil charcoal indicating wild fire Fire’s role in dry land ecology (especially of the US West) is well understood. It's fire suppression that led to the disasters we have now. Fire fills an important niche in warmer ecosystems like scrublands, grassland, chapparrals and dryer forests; It substitutes the role normally reserved for soil decomposers (Fungi/bacteria), but burning the woody debris and vegetation it frees up material and and soluble soil carbon that's essential to plant growth. – it sweeps away weeds that choke the forest floor, allowing successor trees to continue to proliferate. Giant sequoia breeds this way – eliminates competitive weeds/invasives – reintroduces nutrients (ash) back into the soil, with dry ecology; wood doesn't decompose at a fast rate; so fire converts wood/plants into ash which is water soluable. – produces ethylene gas (a natural plant growth booster) – heat/smoke of the fire heats up cones in conifer trees to open and release their seeds – triggers plants lying dormant in the soil

4
Causes of fluctuations in atmospheric oxygen in past 300 Mya

17
How did Earth's plate tectonics start?
12
Did Jupiter really make Earth (in)habitable?
1
Why is a future increase in solar luminosity by 10% supposed to have disastrous consequences for life on earth when the last 30% did not?
1
Origin of Serious Wildfires
2
What does the containment percentage mean when a fire department is reporting on a wildfire?
4
How do you stop the Australian wildfires?
16
Why did the Australian bushfires cause pitch darkness during the daytime?
2
The effect of the 2019-2020 bushfires/wildfires in Australia