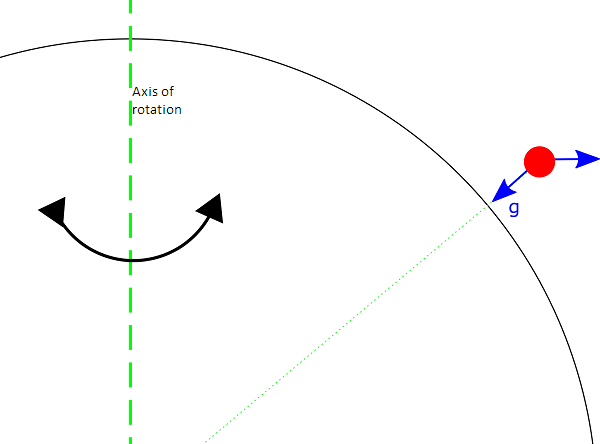 You all got it wrong! Coriolis force has nothing to do with the centrifugal force.

No object on Earth can travel dead East or dead West when shot from a source if there is a constant turn applied to it The parallels of the Earth are not straight lines, only the equator is.

The Coriolis Effect only has to do with geometry and actually doesn't even care about North, South, East or West: it works by the same amount in all directions. You can take a pencil out and see how it works purely geometrically.

Also the "vertical" component of the Coriolis effect is there (Eotvos effect), but it is not needed to explain this question nor to explain the formation of depressions as it is so small that it plays no part in this.