Why did sinkholes emerge in Pakistan? 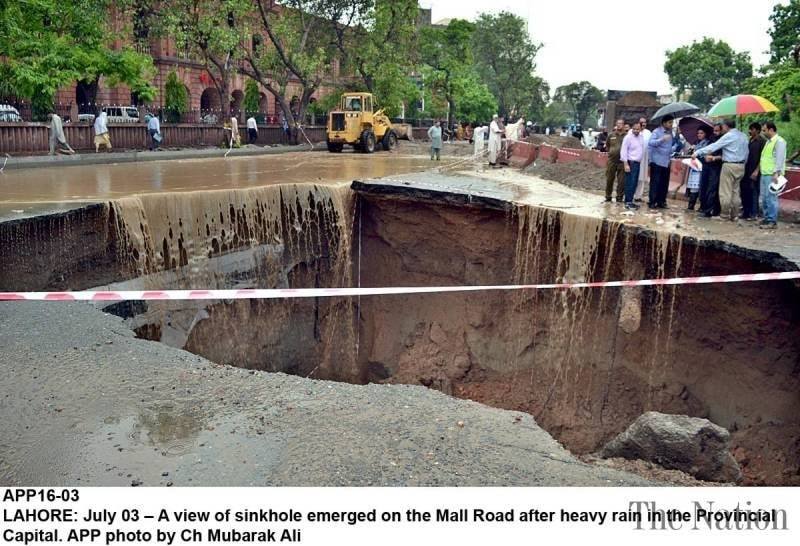 Here is a video.

Why did the sinkhole emerge in Pakistan? Is this because of the heavy exploitation of groundwater?

What could be the solution?

I was about to ask a question whether this should be classified as a sinkhole or not. This is because this so-called 'sinkhole' is not entirely because of a natural process. It seems that it was the underground GPO Station (or the tunnel) of Orange Line Metro Train Station that collapsed.

I can't seem to find an article that specifically mentions this. One news article I found isn't exactly very clear about it, but suggests this to be the case.

I think you can blame the 'sinkhole' (or collapse) or the failure of the underground structure. One of your source's title "Those responsible for Lahore sinkhole will be punished" also seems to suggest that it has only man-made causes, and not natural.

6
What was the likely composition of Earth's early crust (how did crustal composition evolve)?
5
Why is uranium only in the crust, really?
3
Why do we see the limestone on top of Cambrian layer?
12
Why does Earth have two kinds of crusts?
5
Why is lithium so unevenly distributed?
3
Why is there so much more silicon than carbon in the Earth's crust?
1
Why does the Earth's crust have more aluminum than magnesium while the Sun has more magnesium than aluminum?
3
What's the official reason why it became so hot in the Kola borehole?