Is it possible to estimate the size of a meteorite from its remains?

I live near this ophiolite (Sasso di San Zanobi, Firenzuola) and they used to say it is a meteorite. There is no evidence of a crater but let's pretend it is the remain of a meteorite: how big would the original meteorite have been? 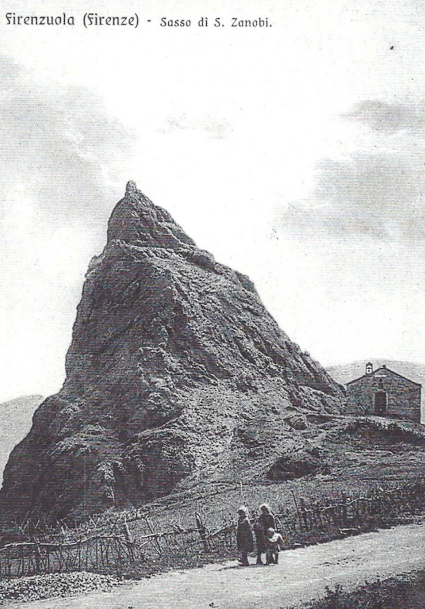 Meteors enter the atmosphere at speeds ranging from 11 km/sec, to 72 km/sec. Those speeds are so large that if a meteorite were to hit the surface at that speed, the energy released would be more then enough to to vaporize the meteorite on impact, therefore leaving nothing of the original impacting body. However, during their fall, meteorites slow down due to the friction with the atmosphere. The friction is proportional to the square of the meteorite radius (its cross-section), but the mass is proportional to the cube of the radius (its volume). This means that the larger the meteorite the less it slows down and the faster it hits the surface.

Past a given size, the atmosphere doesn't provide enough breaking power. Therefore, all meteorites larger than that limit vaporize during the impact. To have a sense of how big is that size limit you can simply have a look of the larger meteorite on Earth: the Hoba meteorite. 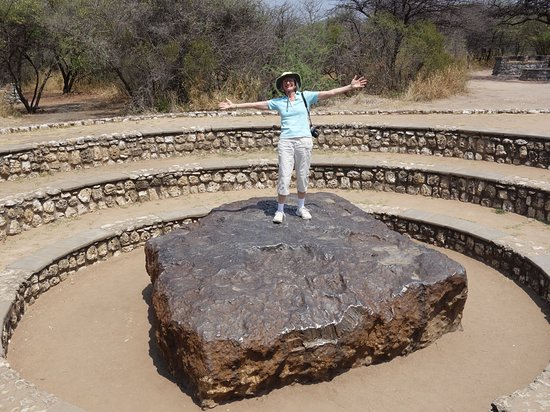 (image taken from TripAdvisor and submitted by user huys25)

Therefore, what your picture shows is not a meteorite (there would be also other reasons beside the size to say so), nor the remains of one. The remains of large meteorites often reduce to small fragments that broke from the main body before impact, or impactites. Impactites are small pieces of rock that might contain meteorite materials but are not unaltered pieces of it.

Said that, once a meteorite is found the calculation of the original size considers the final size, the speed and angle of impact (computed from crater geometry) and the meteorite composition among other parameters.

There are many online calculators that allow you to have a rough estimate of the size of a crater that a meteorite like that would leave. For example the Convertalot Asteroid Impact Calculator. From the picture it looks like porous rock, so plugging in a density of 1.5 g/cm$^3$ and impact angle of 45°, a fairly low speed of 20 m/s, and a diameter of 20 m, it would have produced an impact crater 177 meters in diameter and 44 meters deep. Definitely a landscape feature difficult to miss.

Finally, from the shape of what you show in the picture, I don't see how it can be associated to a meteorite, as it doesn't look like one at all. In that line, it could resemble the central peak of an impact crater. Like the one visible at the center of Tycho crater on the Moon. 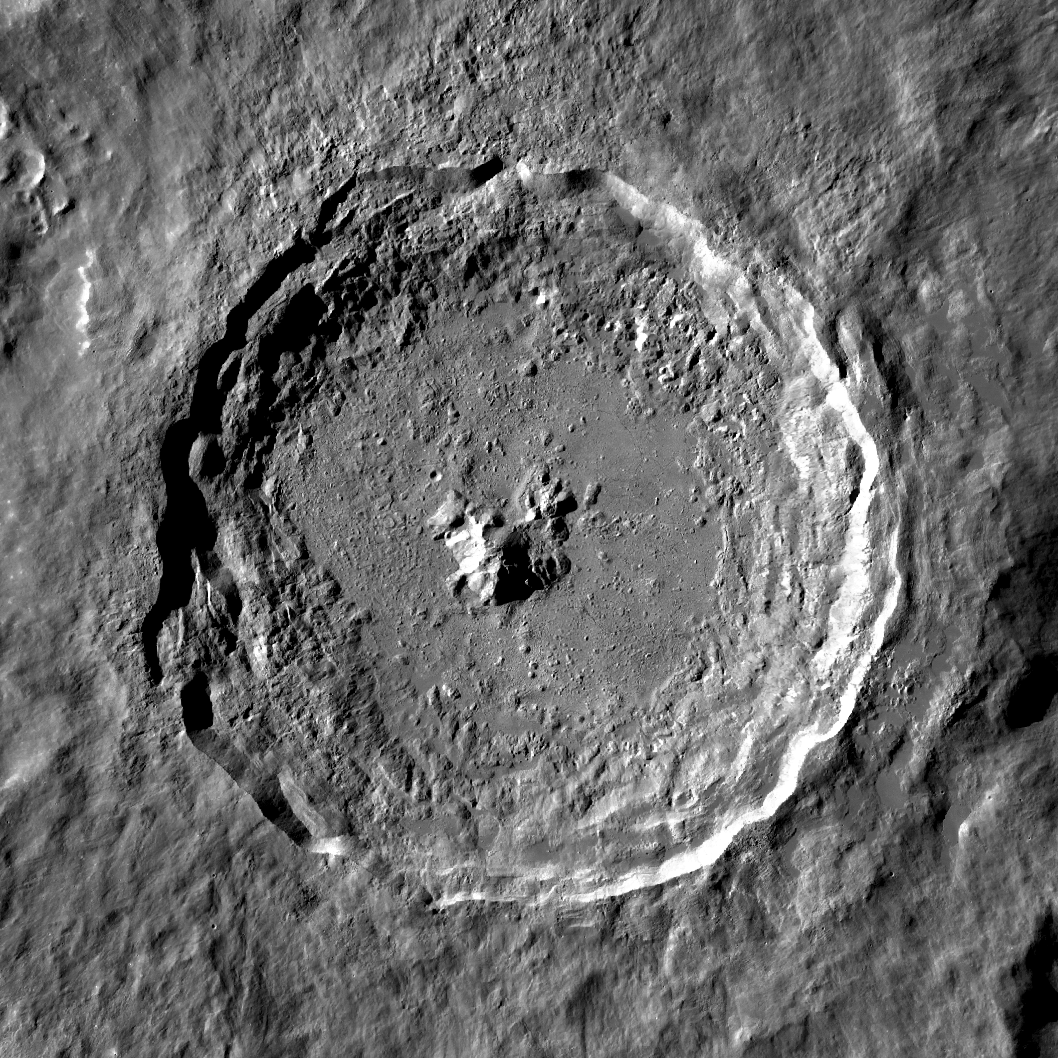 (Image source: Wikipedia - Tycho crater on the Moon: mosaic of images, made by Lunar Reconnaissance Orbiter. Width of the image is 120 km.)

However, if the central peak were that well preserved you would expect the rim of the crater to be well preserved too, and from what you say, that doesn't seem to be the case.

Not the answer you're looking for? Browse other questions tagged meteorite igneous or ask your own question.

2
Have "frosty meteorites" ever been observed soon after landing? Are there photos?

17
What temperature do small meteorites have on impact
12
How deep was the Vredefort Crater when it happened?
13
Have meteorites been found in the oldest sedimentary rocks?
1
Lava and Magma, Meteor and Meteorite--What's the Difference?
1
Should Imilac (meteorite) be singular or plural?
8
Could diamonds be formed from coal?
7
Signatures of acid rain at KT boundary
14
Why don't iron meteorites on Mars rust or oxidize? Why are they shiny?