Modeling & triangulation of “STEVE” along with its accompanying possible “end points” in relation to the Earth?

On "July 25, 2016 a thin river of purple light slashed through the skies of northern Canada in an arc that seemed to stretch hundreds of miles into space. It was a magnificent, mysterious, borderline-miraculous sight, and the group of citizen skywatchers who witnessed it decided to give the phenomenon a fittingly majestic name: 'Steve.'" (LiveScience: Eerie Sky Glow Called 'Steve' Isn't an Aurora, Is 'Completely Unknown' to Science)

This event was thought to just be a feature of the northern lights, but this is now being questioned and there may be no simple explanation.

"According to researchers at the University of Calgary in Canada and the University of California, Los Angeles, Steve does not contain the telltale traces of charged particles blasting through Earth's atmosphere that auroras do. Steve, therefore, is not an aurora at all, but something entirely different: a mysterious, largely unexplained phenomenon that the researchers have dubbed a 'sky glow.'" 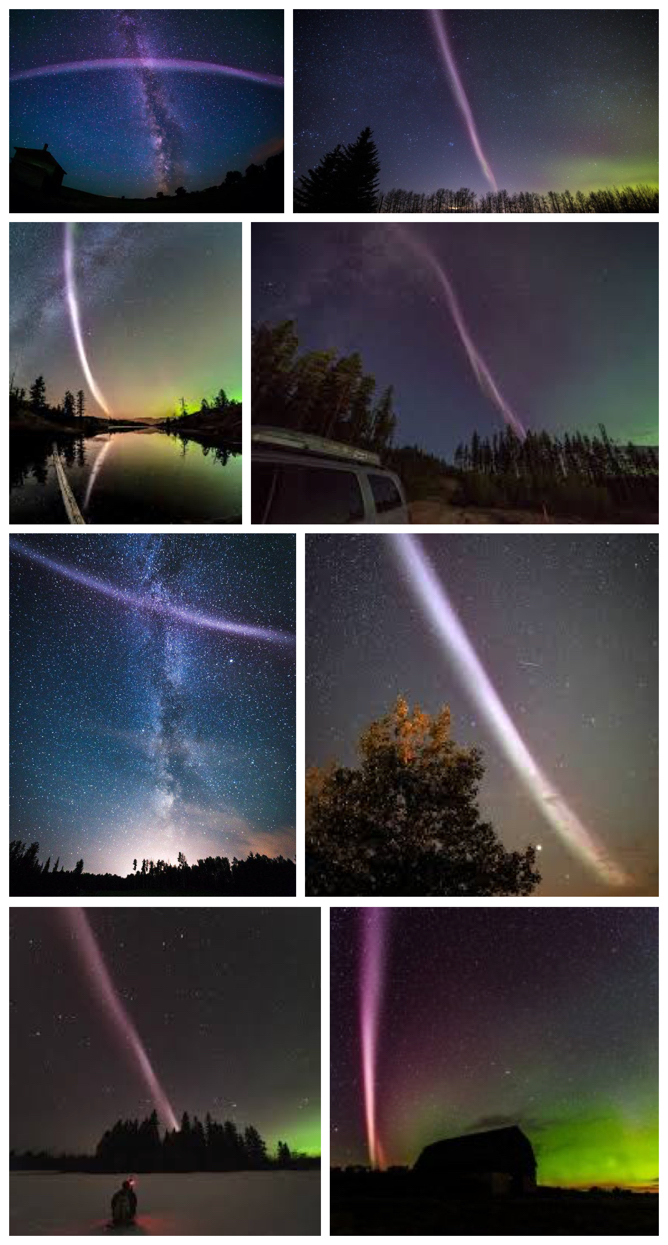 Has anyone performed any modeling or triangulation calculations in 3D space on the globe to estimate where it was located and its possible "end points" in relation to the Earth?

Browse other questions tagged auroras or ask your own question.

11
Is it possible to see Auroras from the equatorial region?