Why do hurricanes hitting the US East Coast seem to go north once hitting land?

Question says it all really. It appears that every hurricane hitting the US East Coast directs itself north once on land. 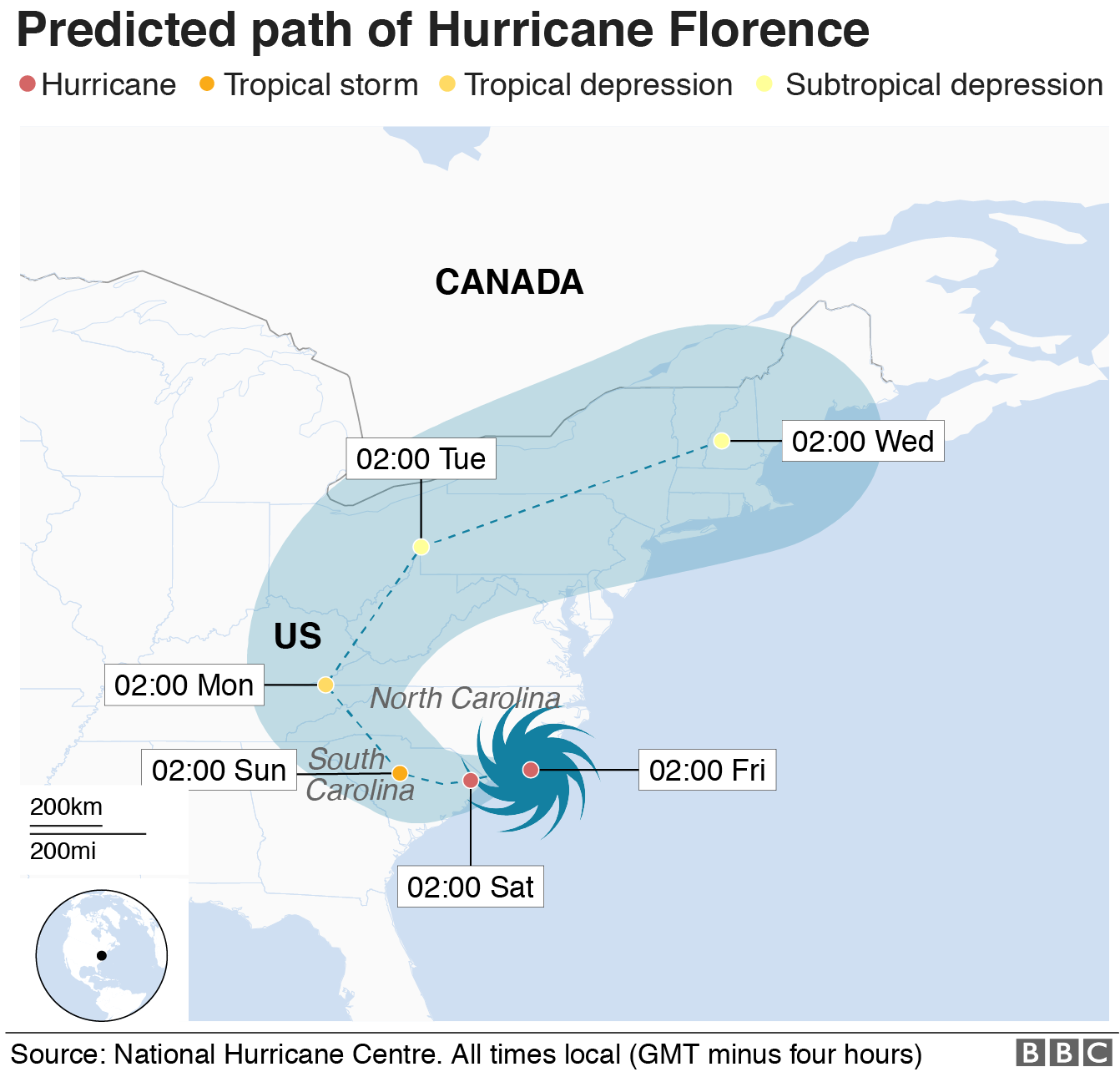 It is mostly due to the Coriolis effect (aka Coriolis Force). (Another reference here) Because of the Coriolis Effect, parcels of air (think of boxes of air) in the northern hemisphere are deflected to the right. This means that air around the subtropical ridge over the Atlantic ocean circulates clockwise.

Think of a tropical cyclone as a parcel, or box of air. It tries to complete the clockwise rotation around the subtropical high.

Now, inevitably someone will say 'Aha! I know of a storm that actually moved south.' Yes, different things can cause tropical cyclones to move in strange directions, such as the Fujiwhara Effect, other meteorological features. But by and large, the Coriolis force is the dominant cause of the curvature of the path of tropical cyclones.

It is also worth pointing out that the hurricane also has parcels of air inside of it. The Coriolis Force acts on that too, promoting rotation.

Not the answer you're looking for? Browse other questions tagged meteorology tropical-cyclone storms severe-weather or ask your own question.

12
Why is heavy precipitation from atmospheric rivers more likely to hit the West Coasts than the East Coasts?
28
Why are there no hurricanes in the southern Atlantic basin?
10
Why is the South Pole colder than the North Pole?
3
If North America were in the southern hemisphere, would the mountains and high desert have to be -east- of Tornado Alley?
0
Why would Google's map of areas affected by Hurricane Harvey have advisories for the west coast and other far away areas?
8
Why are tropical cyclones forming earlier in the North Atlantic basin?
9
Has a hurricane or cyclone ever reformed after passing over a large land mass?
2
Why the Indian Monsoon doesn't start in the north?
3
Why exactly did the use of Greek letters as names for Hurricanes happen the first place, despite the fairly obvious and predictable impracticalities?