I have had this rock in my yard for close to 10 years. It was left behind by the previous tenant. Can you help identify it? It has layers, a mixture of soft and hard, and is tan to white in color. Thanks in advance, Monica 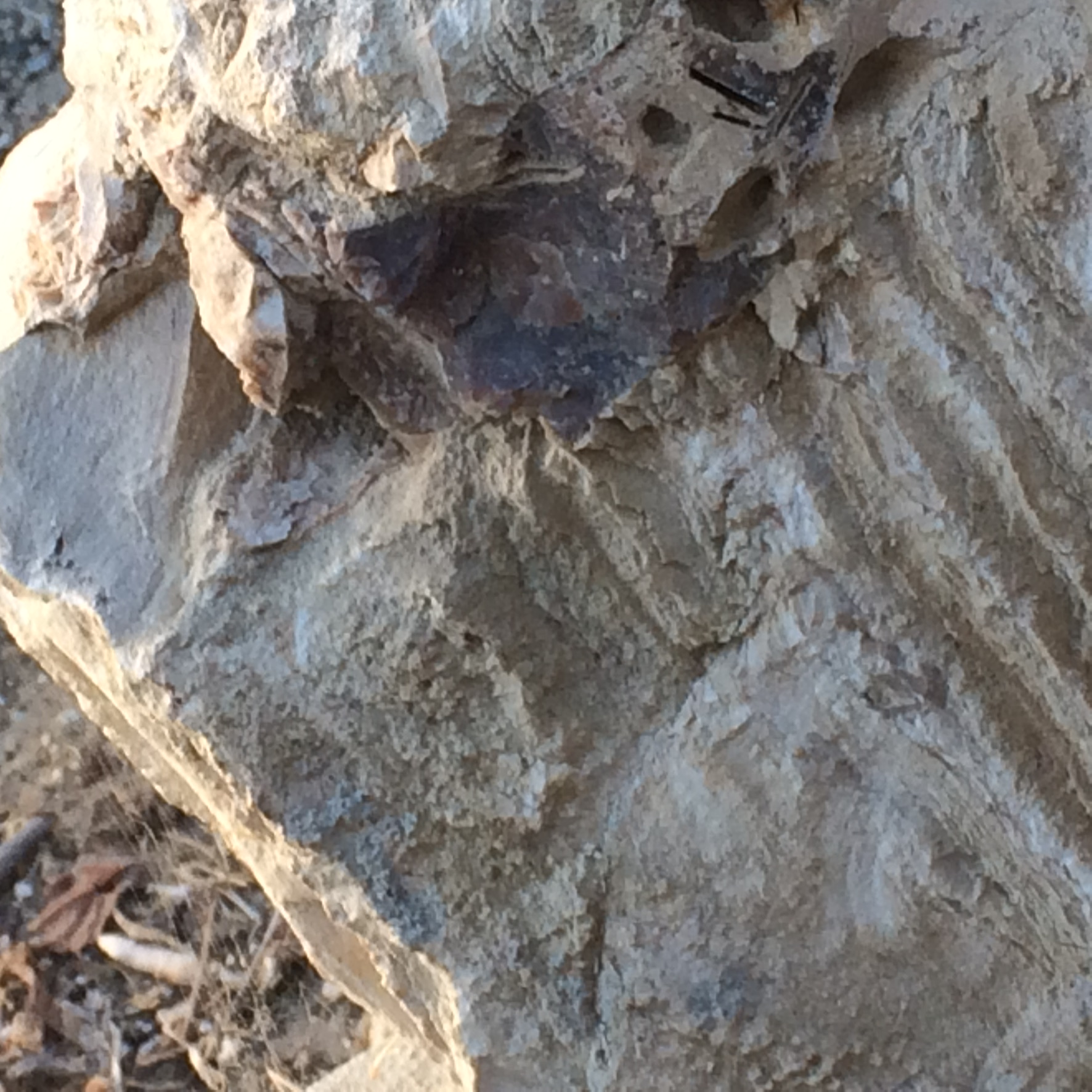 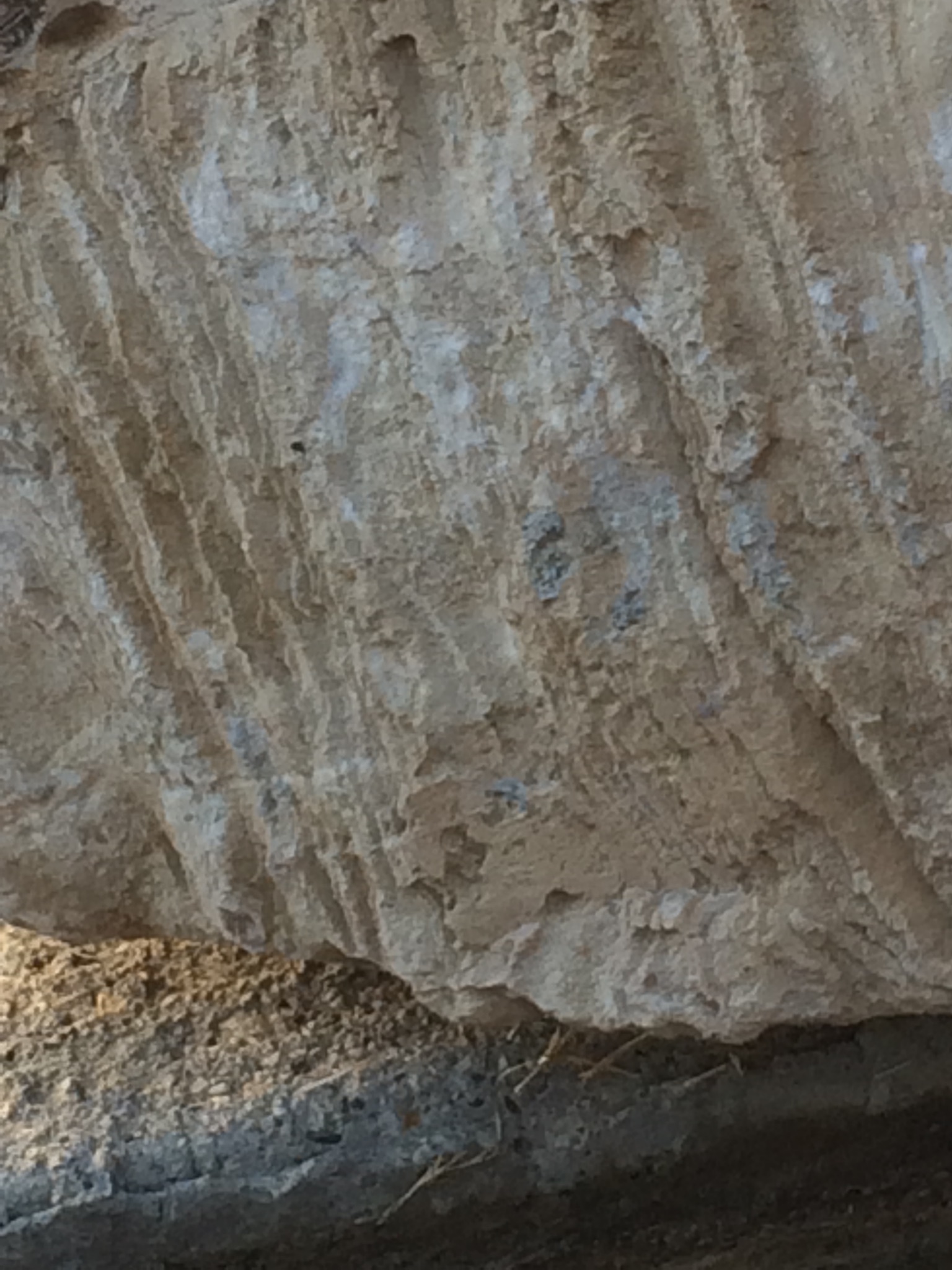 My best guess is a weathered dolostone. These are called dolomites in parts of the country (as around where I grew up) but dolomite is technically the name of the primary mineral in dolostones. The visual clues I used were 1) it looks like weathered cobbles of the Alibates Dolomite which is common where I live, it is white which is a good color for a reasonably pure sample of dolomite, though I have no idea what the black stain or inclusion is), it is fine grain texture, appears to have a laminar or bedded structure (but not the horizontal laminations or planer laminations of clastic sedimentary rocks), it appears to be chemically susceptible to chemical weathering but not so much so that there are big holes or gaps in it. The dark areas could be flint or chert. I believe flint/chert is a common rock type in at least some dolomites, I know they are in the Alibates.
Yes, try a drop or two of dilute hydrochloric acid if you have some,use vinegar if you don't. In fact vinegar is probably the better choice for a person no accustomed to working with acids on rocks. If the rock is limestone it will effervesce if it is dolomite it might dissolve a bit after a few minutes. If you use they HCL and the rock is limestone it will effervesce rapidly, if it is dolomite it may bubble a bit. If you have HCL around the house it may be called muriatic acid and have been purchased at swimming pool supply store. If you use that, be very,very careful!!. In fact I would not recommend you use it at all. vinegar is much safer.

11
How can scientists be confident of isotope ratios in past eras and varied locations, used for radiometric dating?
10
Sediment layer chronology
7
Recreating the rock cycle
3
Was there once a glacier over Starcke national park in Queensland Australia?
8
What is the white coating “patina” we often see on deposited chalcedony/agate?
4
How did this hole / hollow form within this rock?