Is the representation of Earth oriented correctly in this image?

Is there something wrong with this image?

I found it in Wikipedia's article Ecliptic coordinate system and the image's source page is here.

What bothers me is the orientation of the Earth's surface (continents).

If I understand correctly then, the North pole of the Earth should point in a direction that is perpendicular to the Earth's equator and celestial equator, but it looks to me like this is drawn with the north pole pointing directly up.

Am I wrong, or confused, or both? 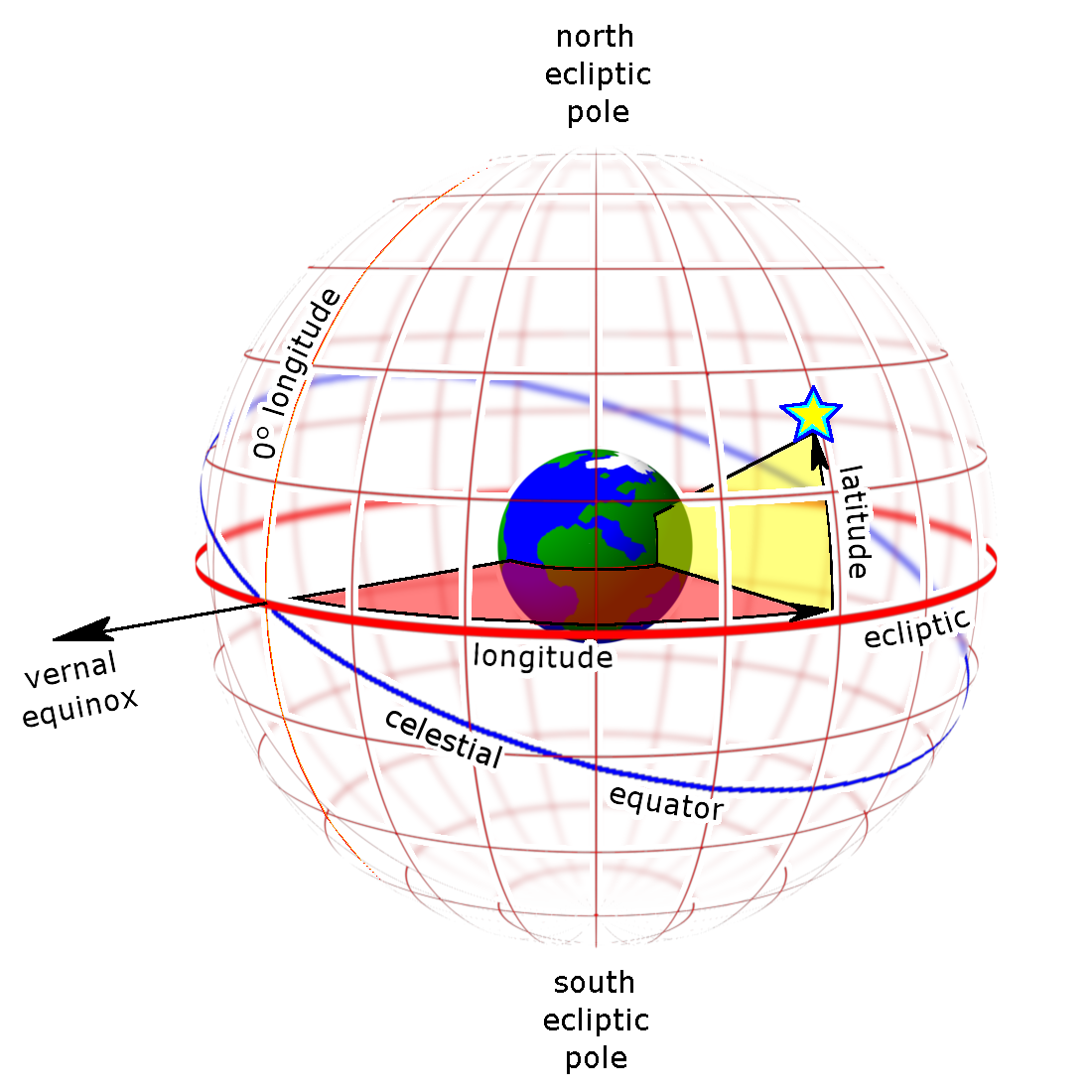 The way "I see the diagram" it looks weird, but it is probably correct.

My perception is that it is about frames of reference. We are used to seeing the Earth with Earth's north at the top, not at 23.5 deg from the vertical.

This picture has the ecliptic pole at the top. As you state, Earth's equator matches the celestial equator. The Earth's poles would be at right angles to it and the north pole would be in the middle of the white mass at the top of the Earth - representing the Arctic ice sheet

If you imagine a line from this point, perpendicular with the celestial equator it matches zero degrees latitude and is sort of sub parallel with the west coast of Africa.

The other thing that might be confusing our perception is the representation of the land masses is not accurate.

Looking at the representation for Europe, Italy is not present, neither is the Balkan Peninsular or the islands of Britain & Ireland. Scandinavia just looks wrong! Iceland is present and the Arctic ice extends too far southwards. The last time I looked there wasn't an ice sheet between Iceland & Greenland. Also, the Red Sea isn't represented.

As I see it, the Earth is well oriented, but due to (over)simplification the drawing of the geographical features may be misleading. The aspects that show that the North Pole is not upwards but tilted to the right are:

Therefore, the drawing is not wrong, but just very sketchy.

Not the answer you're looking for? Browse other questions tagged geography equator coordinate-system or ask your own question.

5
What is the name of this feature on the Red Sea coast of Saudi Arabia?
2
Why is this area apparently unpopulated in the great Buenos Aires, what is it?
18
Where is the calmest place on Earth?
10
What are the sunniest places on Earth? (including oceans)
20
What is the deepest we have ever gone into the Earth?