Is it possible to form a diamond-sapphire hybrid?

I've been looking into diamonds recently and was made aware of diamond hybrids where diamond is grown on either a seed diamond or cubic zirconia. I was wondering if it would be possible to do something similar with sapphire. Sapphire core surrounded by diamond might be pretty cool...

Sapphires and ruby's are both aluminium oxide. sapphire melts at 2000 degrees and diamond synthesis can happen at 600 degrees. To coat around the sapphire, you would have to use multiple diamond seeds, which would make a polycrystal. it's probably humanly acheivable.

The scientists would have to study the adhesion of a transition layer, because the sapphire is trigonal, and makes 6 sided crystals, whereas the diamond is cubic. 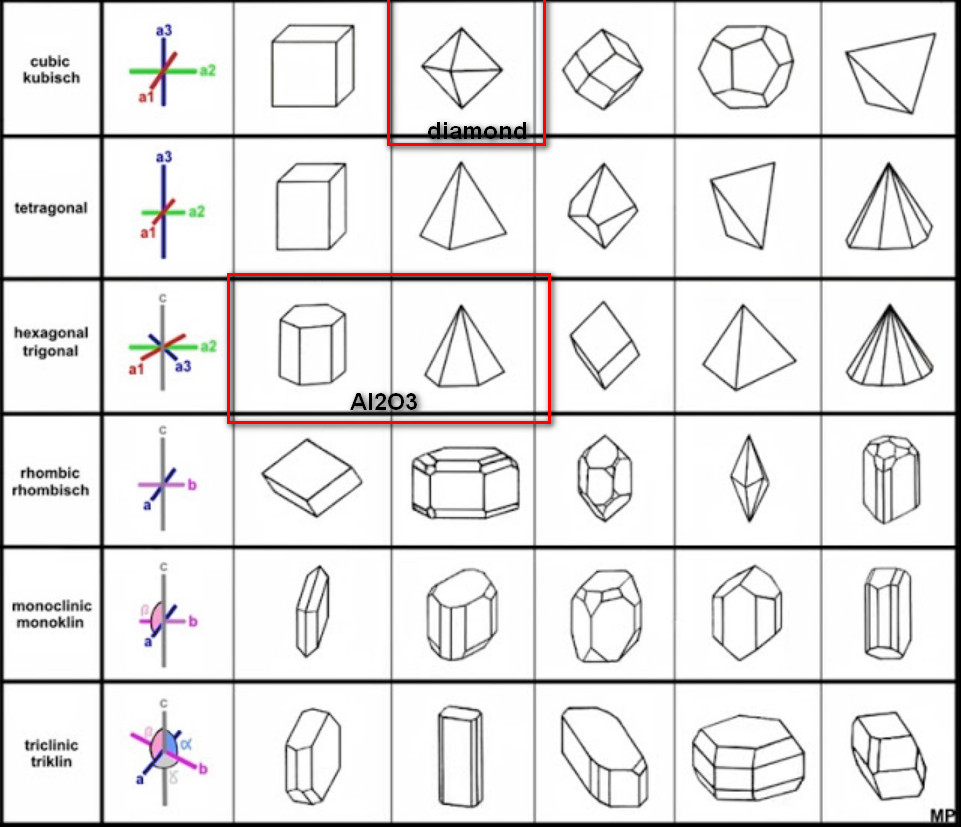 They do use vapor deposition already to dope crystals with very colorful metals, for example you can build a home kit for titanium quartz.

Perhaps if they used some kind of force to grow the diamond in a given direction, like a carbon-cannon in the vapor chamber, they can control the diamond and have one structure around the other mineral.

Not the answer you're looking for? Browse other questions tagged geochemistry diamond or ask your own question.

23
Why do crystals, like quartz and diamonds, form in different colors?
13
What is it about ancient craton geology that results in associated kimberlite pipes containing economic diamond deposits?
13
Why does aragonite form in one case and an acetate in another?
7
How do hematite and magnetite form?
2
What does it take to make a diamond?
7
Diamond at the core of Jupiter
4
Why do diamond mines seem to always appear conical? Are the above-ground mines all that way? All at about the same angle?
5
What are the cubic formations found inside Larimar gemstones?
5
Relationship Between Ratio of Atmospheric Gases and Ocean Gases