What are the phenomenon (artificial and natural) in play in this photograph "350m beneath Berezniki in Russia"?

This image is from the BBC Culture article Striking photos of human scars on Earth. It is accompanied by the text and captions below.

But I still don't understand what I'm looking at at all. Can someone recognize what's happening here? What are the phenomenon (artificial and natural) in play?

Burtynsky categorises himself as an environmentalist, and has dedicated his life to bearing witness to “the indelible marks left by humankind on the geological face of our planet”. In other words, the increasingly ambitious scars and blemishes created by industry and large-scale human habitation, such as the vividly coloured layers from an ancient sea floor exposed by tunnelling machines 350m beneath Berezniki in Russia. 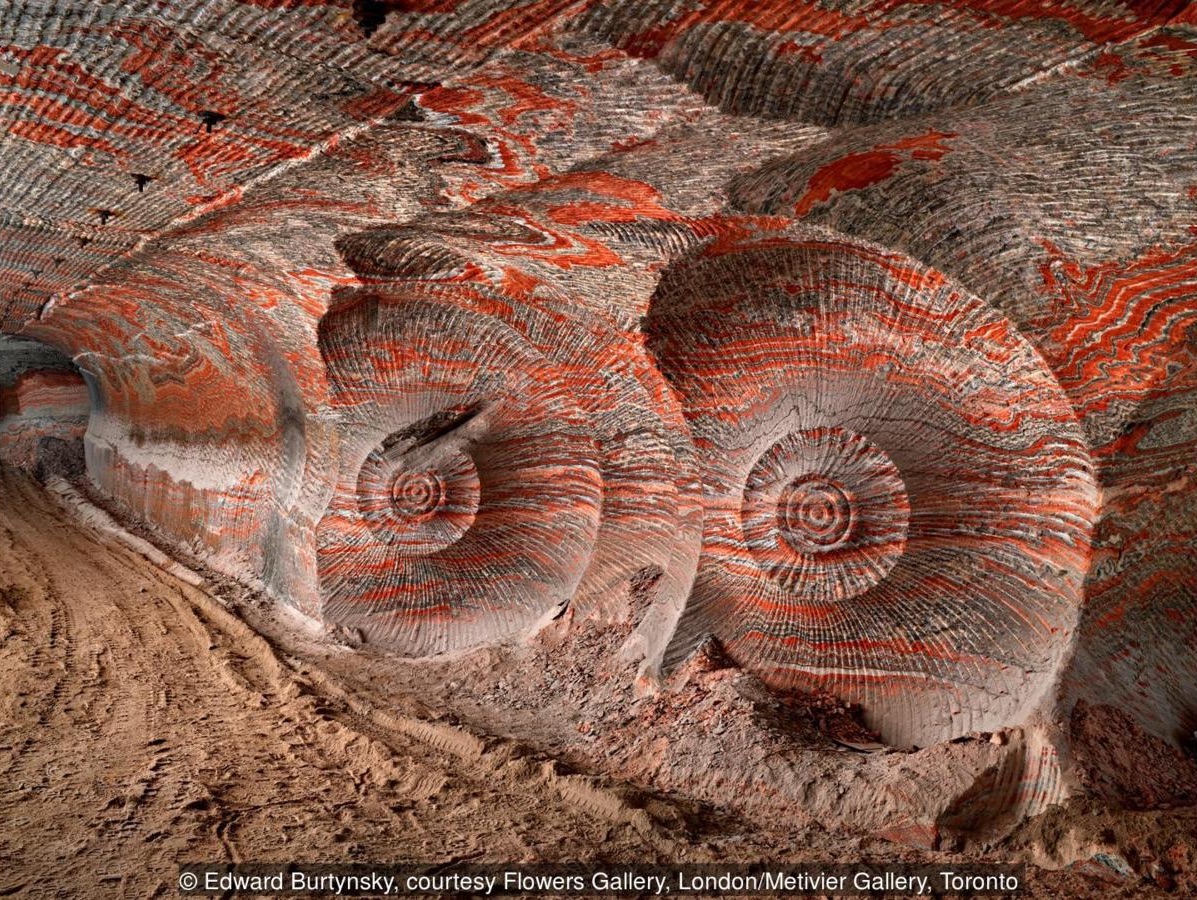 Update: I found another view of this in the BBC's video The photographer capturing mankind's impact on planet Earth

Edward Burtynsky travels the world trying to capture striking images of humanity's impact on the planet, from the fossil-like shapes left behind by drills in a Potash mine to the luminescent colours of lithium ponds.

The Canadian photographic artist has spent 40 years focusing on large-scale human activities such as mining, quarrying, agriculture and deforestation - but he says he doesn't see himself as an environmentalist.

His latest project, Anthropocene, is a collaboration with film-makers Jennifer Baichwal and Nicholas de Pencier, exploring the idea proposed by some scientists that a geological epoch shaped by human activity has begun.

It includes a travelling exhibition, a book and feature-length documentary, which was premiered last year in Canada and goes on theatrical release in the US next week. 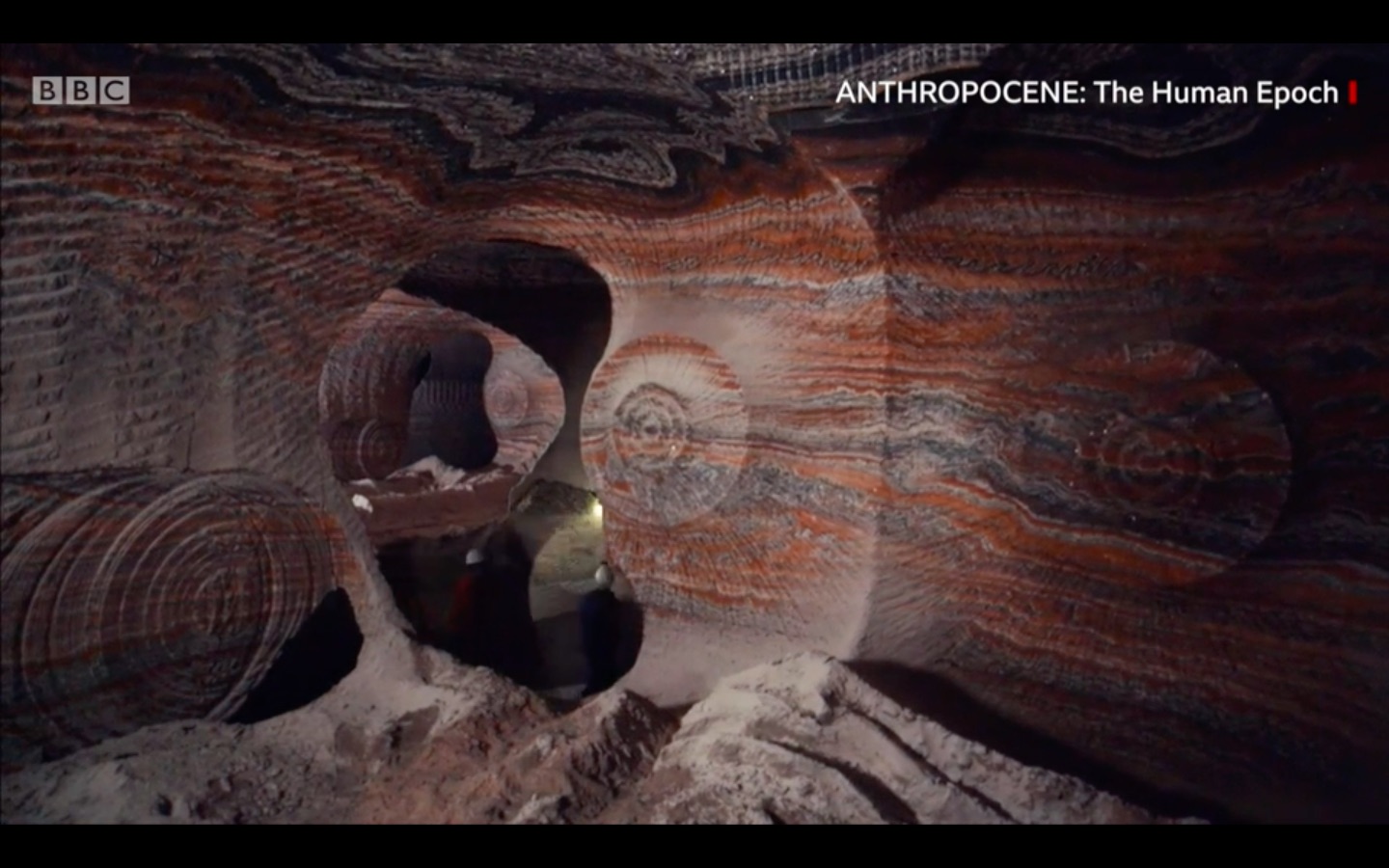 As stated in the caption for the picture this is an inside view of a potash mine.

Mining professionals regard potash, like most coal, to be a soft rock; unlike hard rock such as most metal sulfides.

With hard rock mining, the rock is mined by drilling holes and using explosives to break up the rock. The rock is then loaded and transported out of the mine.

Most soft rock mines, and particularly potash mines, do not use drilling and blasting as the main means of removing rock. Instead they use specialized cutting machines to cut the rock. The shapes left in the rock, in the picture are marks created by the cutting heads of such machines. Usage of such a machine can be seen at the 3:30 mark in this You Tube video.

I answered the question What would you call this mining vehicle? (Ural-20R, used in mining) on SE Engineering two years ago, when someone asked about the purpose of an unusual mining machine.

Not the answer you're looking for? Browse other questions tagged mining or ask your own question.

2
What is the geologic origin of the Bauxite deposit in Bauxite, Arkansas, and could there be more?
0
How many mines are there on Earth, and what is their output in tonnes?