How are Benagil caves formed?

The Benagil caves are really impressive. How are they formed though? What makes that perfect domed shape and how is that hole in the ceiling created? 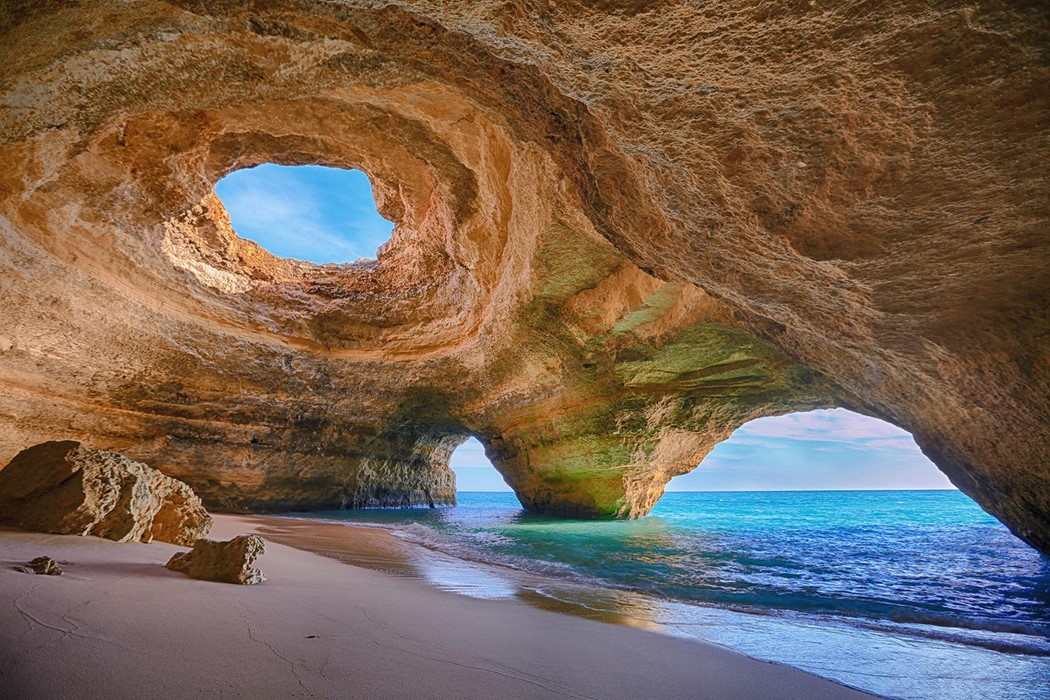 How are they formed? Erosion.

Long version: The rock/cliff the cave is set in possesses different hard/softness. Some parts of it are more prone to erosion than others.

Erosion comes in the form of waves and tides, washing and battering at the base of the cliff, nibbling away the soft parts of the rock quicker. Some chunks break off, rolling in the turf, bashing away at the cliff even more. Cracks form, get washed out and bigger and finally the cave forms. As is gets deeper and larger, rainwater might drip through the roof, adding to the erosion effects. Chunks to the roof start to fall down, and finally a part of the roof collapses. Your cave now has a hole to the sky.

Not the answer you're looking for? Browse other questions tagged cavern or ask your own question.

12
What's it like inside a natural gas cavern on Earth?
9
Why are there no deep caves in the continental US?
3
What kind of lava tube feature is Cleopatra's Grave?
2
How strong/hard are speleothems?