If ALL the ice melted, what percentage of the Earth's surface would be water?

At the present time, about 70% of the earth's surface is liquid water (perhaps that includes floating ice around Antarctica, and the Arctic Ice cap).

What percentage of the Earth's surface would be water if ALL the ice had melted?

I've seen illustrations of the new shoreline, and I've seen estimates of the rise in sea level, but no answer to my question.

As @gerrit commented, a precise calculation would need to incorporate a litospheric model to account for isostatic post-glacial rebound. But the "blurry approximation" you want, can be obtained based only on topographic data. This approximation would be reasonably accurate if the melting of the ice happens quickly.

For this, we need topographic data of the current surface, and of the bedrock topography. That's the bare ground below the ice. The only source of such data at a global scale (at least that I'm aware of) is ETOPO1, at a resolution of 1 arc-minute (roughly 1.8 km).

A visualization of current surface data from ETOPO1, using an equal-area projection (Eckert IV) and setting the sea level at 0 m looks like this: 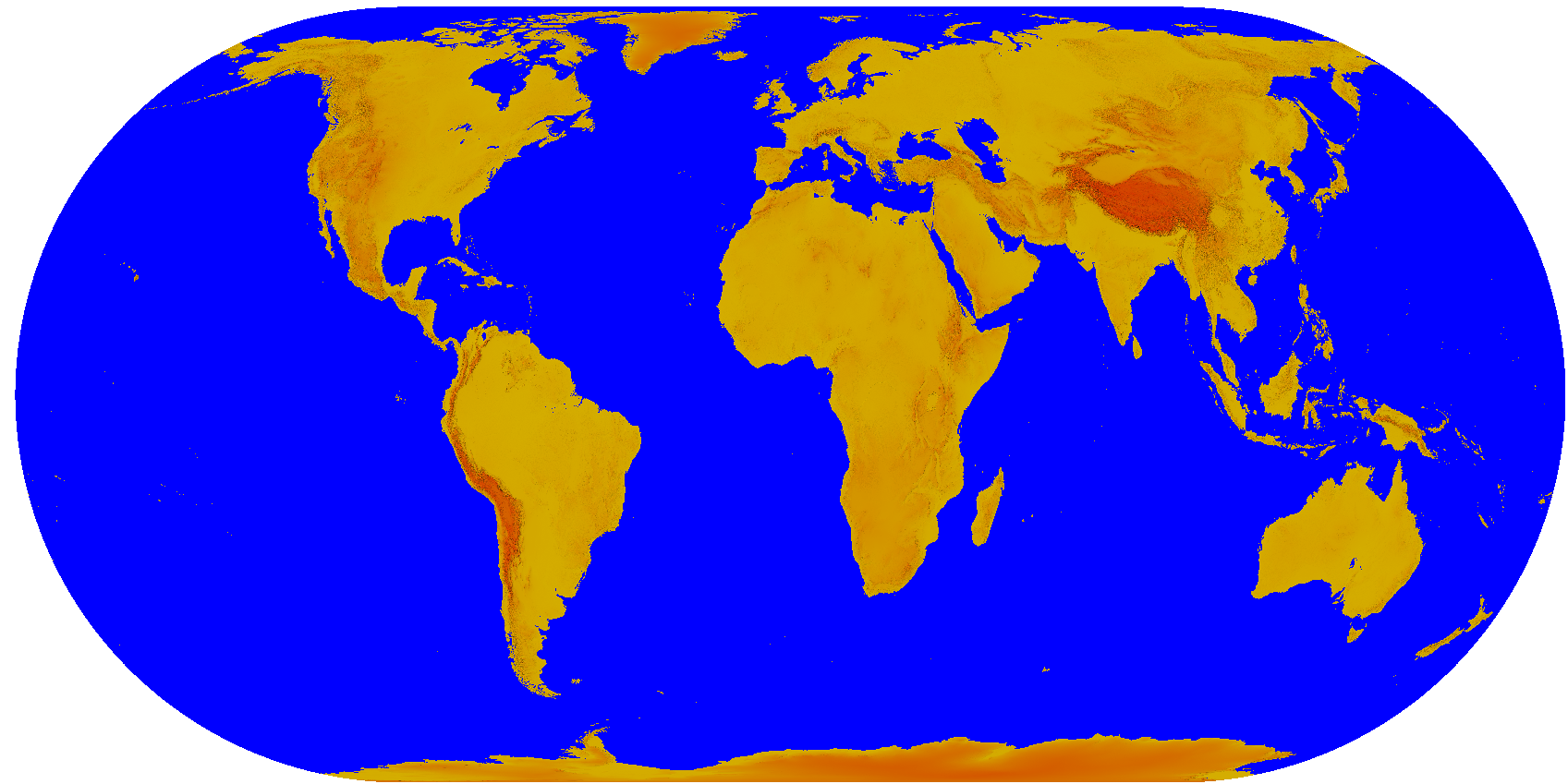 And if we measure sea and land areas, it says that currently, a 70.97% of the global surface corresponds to oceans, pretty consistent with the figure you have. Be aware that this simple approach does not consider lakes or rivers, only oceans. It would also misinterpret below sea level dry land as ocean. However, all those factors are arguably minor contributions at a global scale.

Now, if we use the bedrock version of ETOPO1, and set the sea level at 66.5 m, consistent with the best estimates of water stored in land ice. The globe would look like this 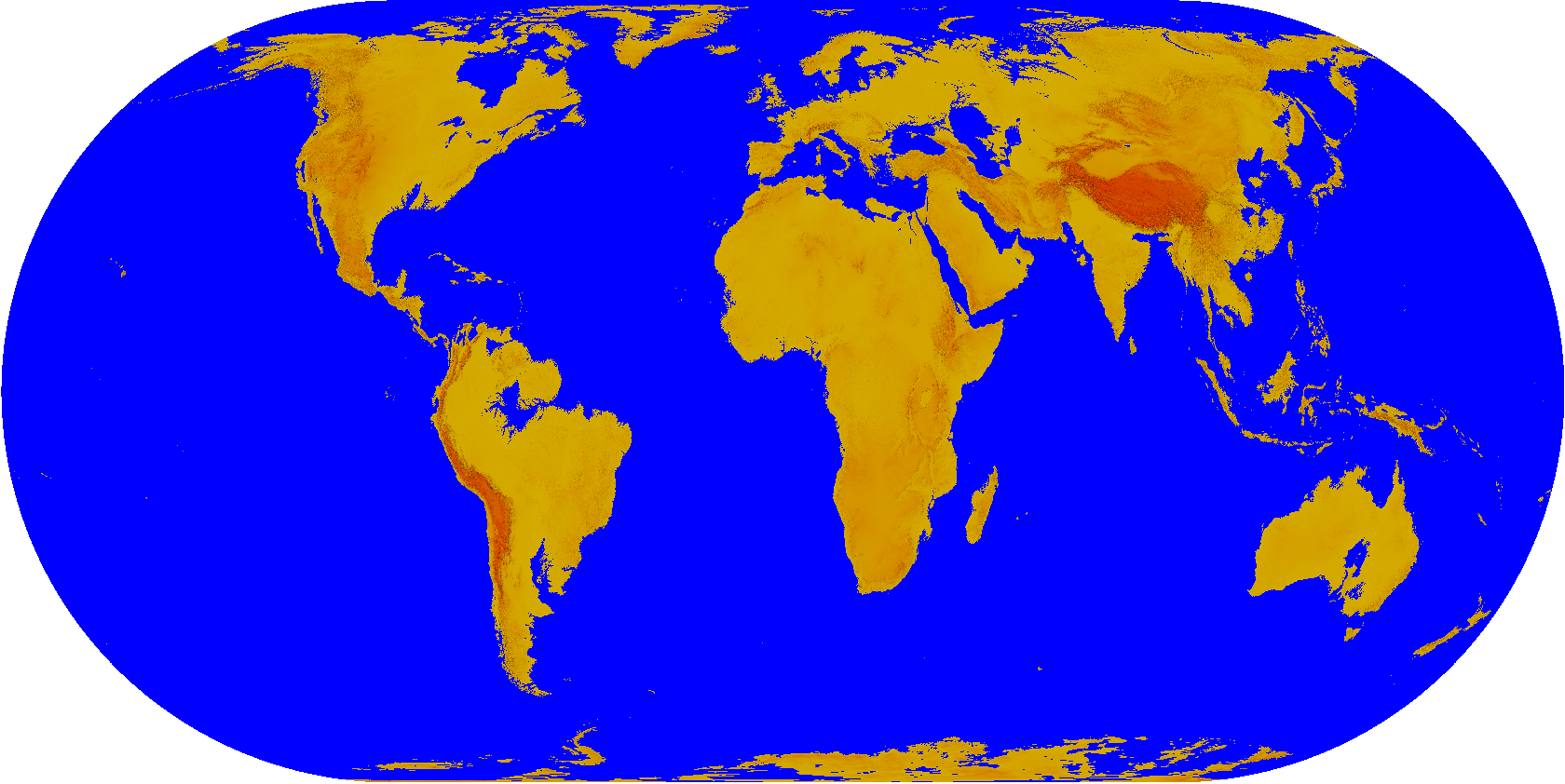 In this case, if all the ice melts, the fraction of the Earth's surface covered by water would be 75.18%. Equivalent to an increase of 4.21% relative to the current value.

Not the answer you're looking for? Browse other questions tagged oceanography geography glaciology sea-level topography or ask your own question.

6
How much of Earth's surface would be covered by water if all ice melted?

15
How will sea level rise be distributed across the globe?
22
"Five of the Solomon Islands disappeared" due to sea level rise, how is this possible so quickly?
1
Help understanding radar data in subglacial lake complex beneath Devon Ice Cap
3
What was the percentage of land mass in prehistoric times when temperatures were high enough that we had no ice caps?
4
If all the world's ice were to melt, would this shift the earth's centre of gravity with consequential effects on sea levels?
4
Waterlevel increase calculation