Southern Hemisphere: What is the most Northern latitude where the sun can be seen for more than 24 hours?

Is there a location, in the southern hemisphere, where I could pitch a tent that I would be able to see the sun at any time of day for, say, more than a week?

How far north could I go and still be able to see the sun for two days or more?

The southernmost settlement in South America is Puerto Williams which is located at 56 degrees 56 minutes South. This is a lot further north than the antarctic circle.

To experience 24 hour days in the southern hemisphere you will have to be in Antarctica, as is evident from this picture, acquired from Wikipedia. 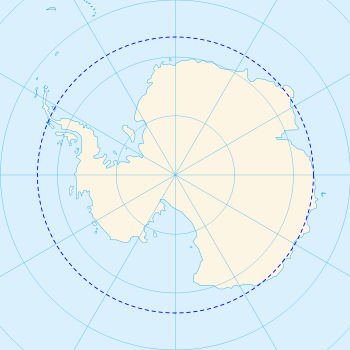