I'm currently writing an essay on a mosaic in the British Museum, and am unsure about which stone the frame is constructed from (pictured). I would be most grateful for help identifying it. 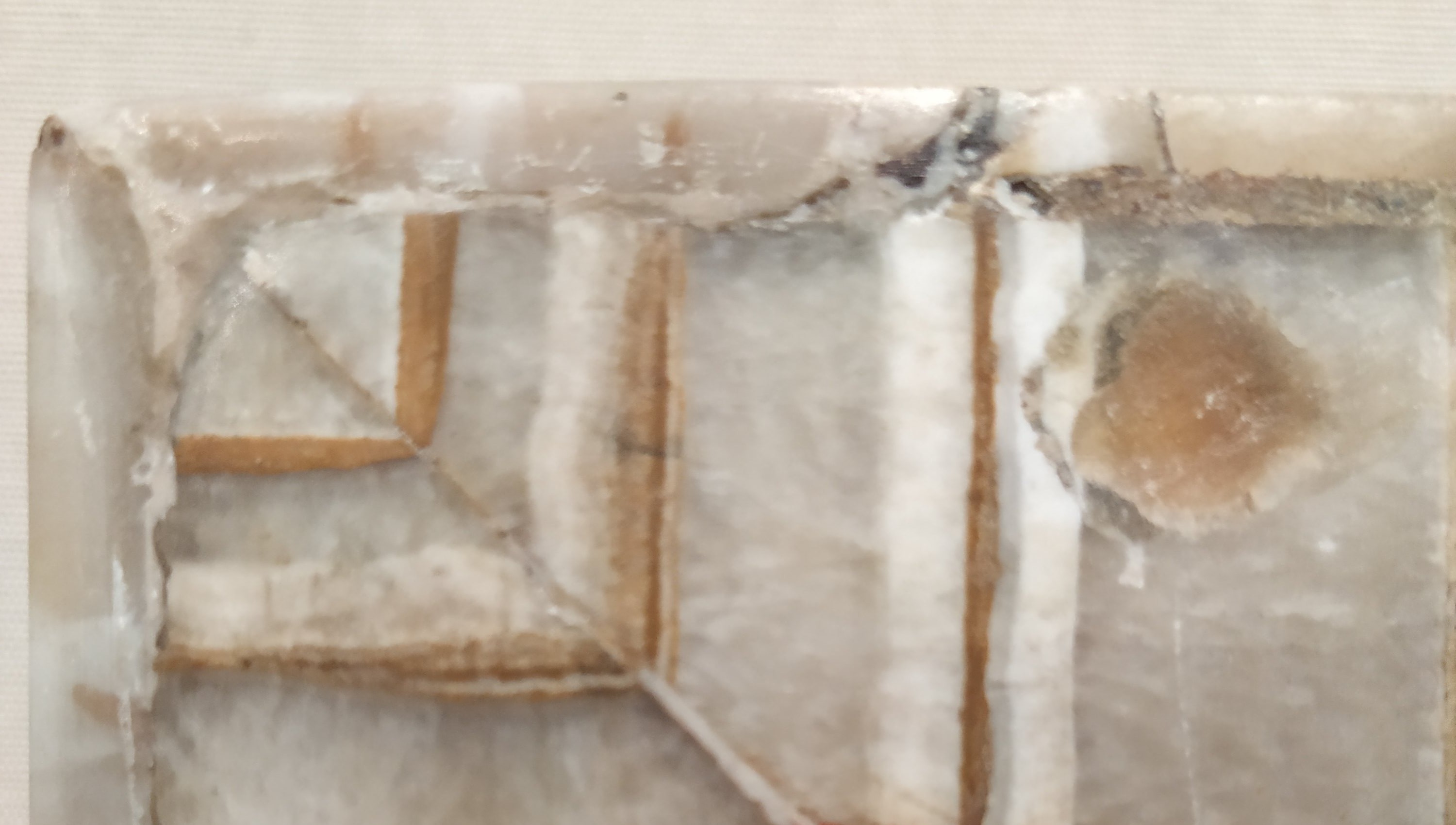 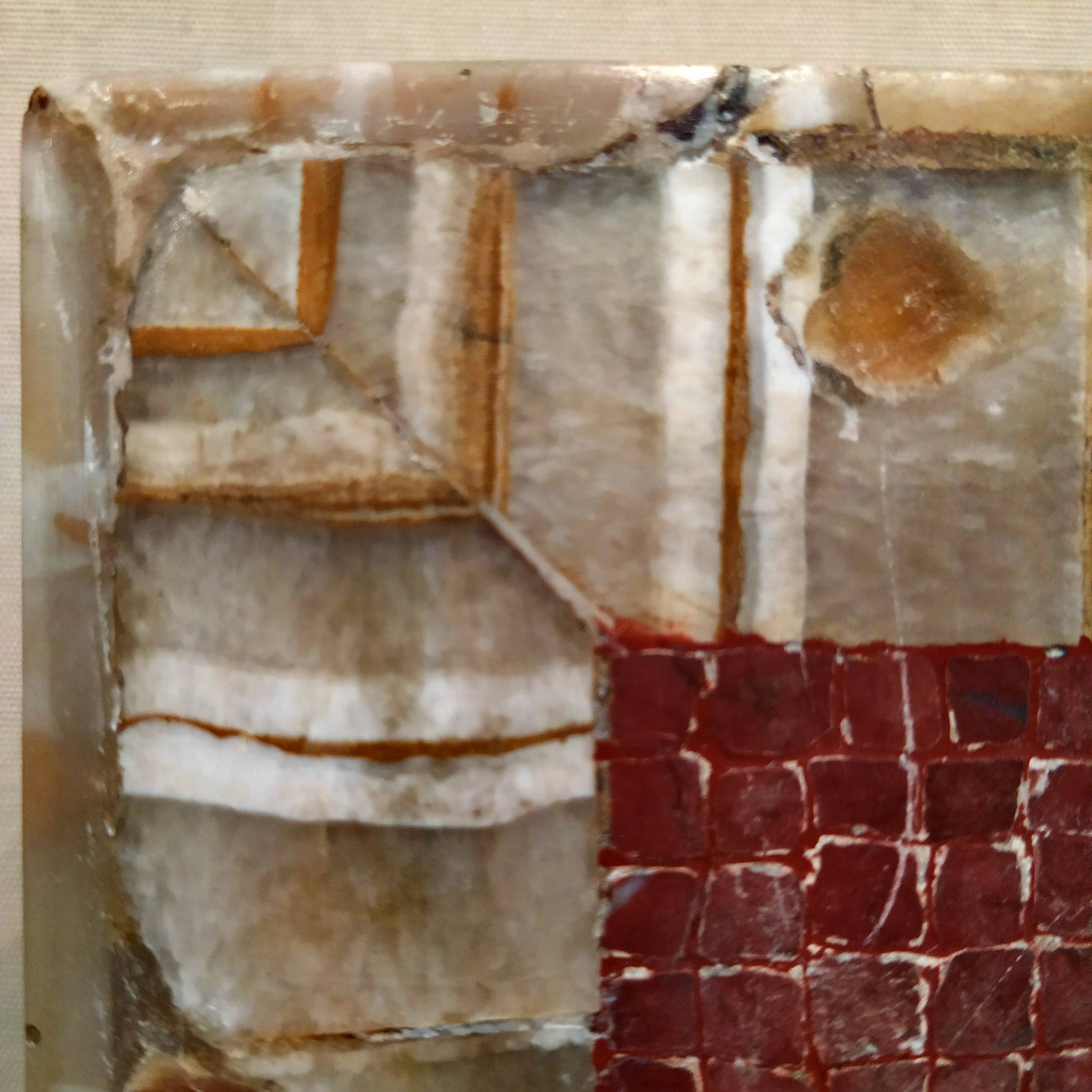 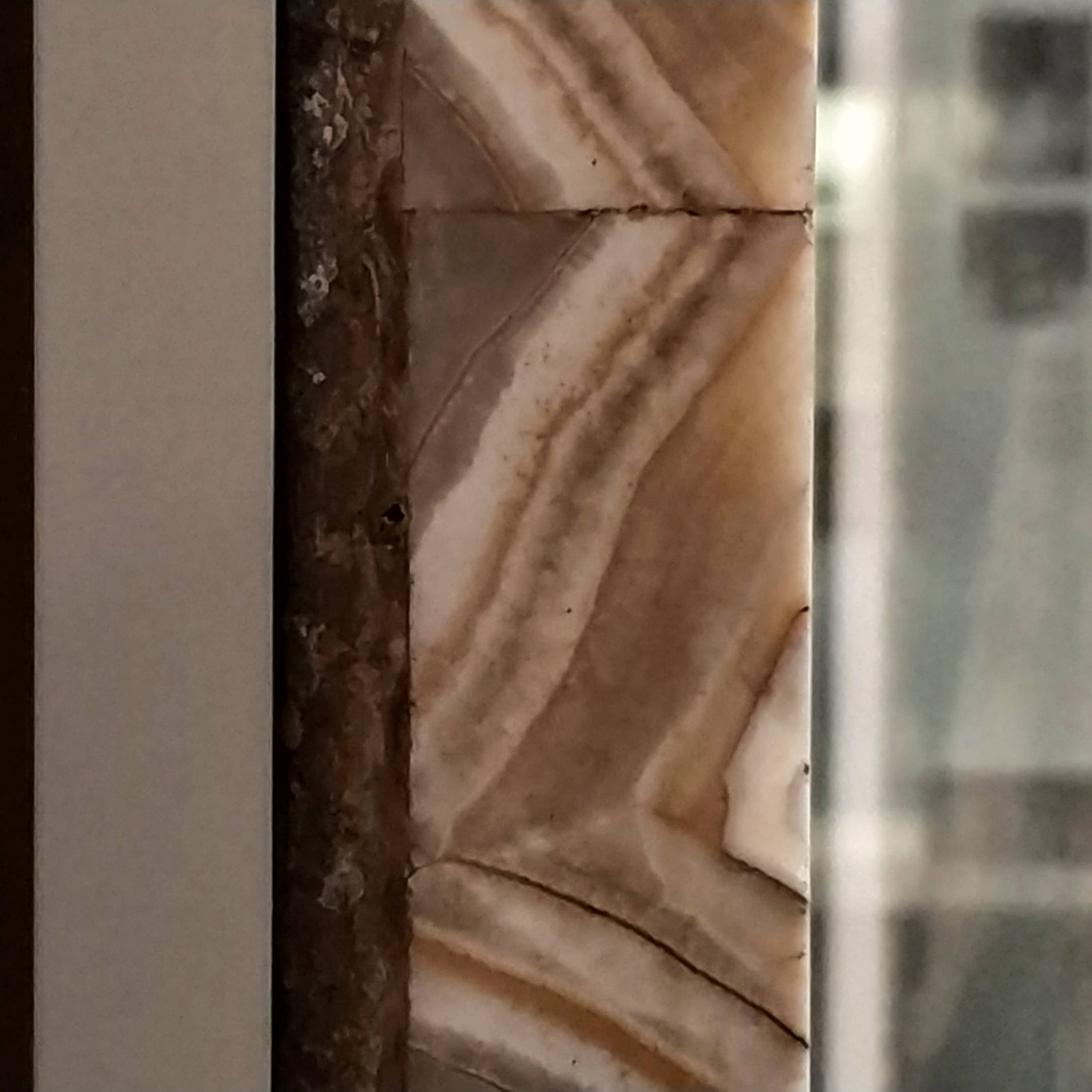 Summarizing into an answer some information and a recommendation provided in my comments.

Onyx and Agate, both Silicates, can be differentiated based on bands as suggested in an earlier comment: they are parallel and almost always perfectly straight in the former, curved in the latter.

However, this frame could be made of Alabaster (Gypsum) as well. Gypsum is a much softer mineral, with a hardness of about 2 in the Mohs scale (shown in the figure below, from this site), whereas Onyx and Agate being Silicates, should have hardness around 7 like Quartz. 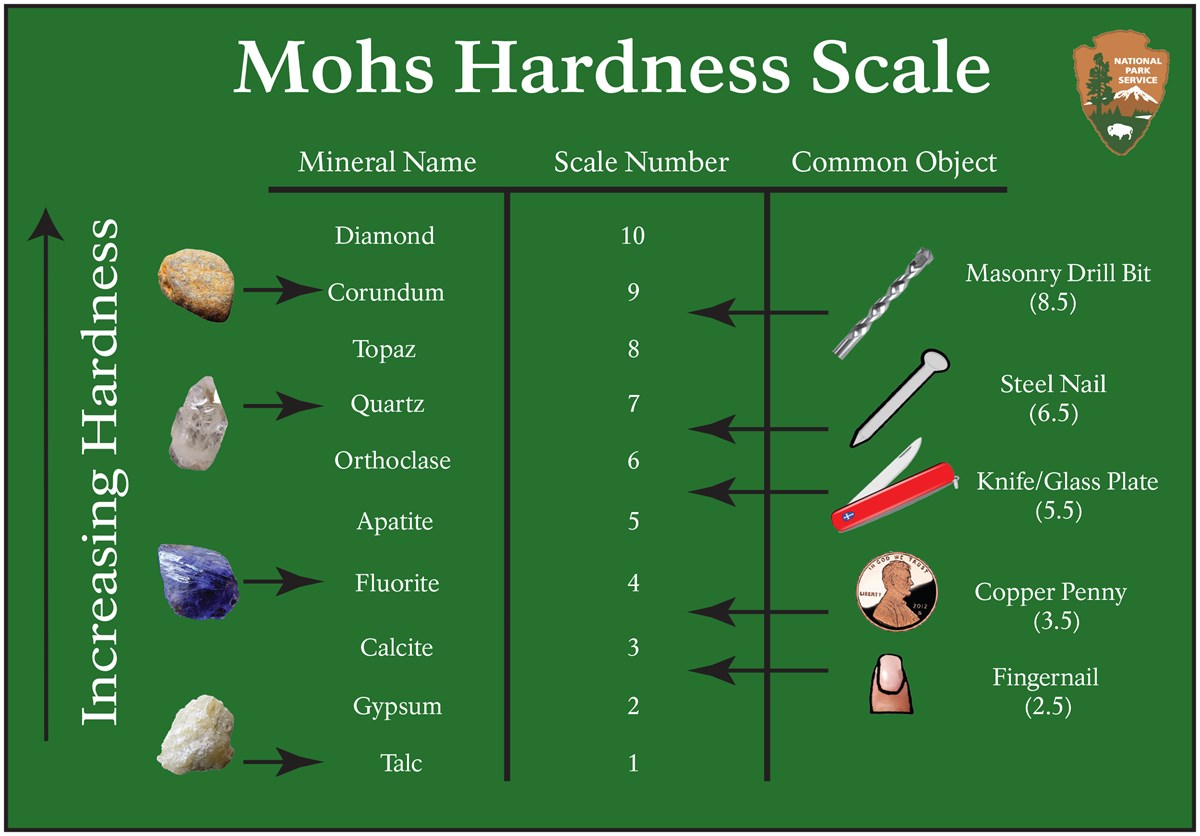 I realize this being a mosaic frame in a museum you may not be able to do a scratch test with the steel knife, so I recommend the safe nail approach: try to rub your fingernail against one of the corners or edges of the frame: if the mineral does not scratch your nail, then it must have a hardness lower than 2.5, hence excluding Silicates. You could then assume the frame is made of Gypsum/Alabaster; if it does scratch your nail, then it must be harder than Gypsum and you can assume it is a Silicate.

NB a further assumption made here is that the mineral is not Calcite or other Carbonate; this is based on aspect only, since it is unlikely a test with hydrochloric acid can be done.

Not the answer you're looking for? Browse other questions tagged geology mineralogy petrology or ask your own question.

4
Fossil or Beef Limestone?
4
Relative dating of granite pluton
9
What do you call boulders of non sedimentary rock that were lithified into sandstone?
5
Identification of limestone type
1
How can I identify “tough” (mixed) granites?
2
Is this classification of mineral formation environments correct?
1
How to genetically classify a mineral resulted from weathering?
2
Introduction to Geology Books
4
Urgent, Please help, where can I find worldwide standards of manganese mining?