What kind of temperature unit is “cK”?

An article about ocean temperature history/modeling has this plot: 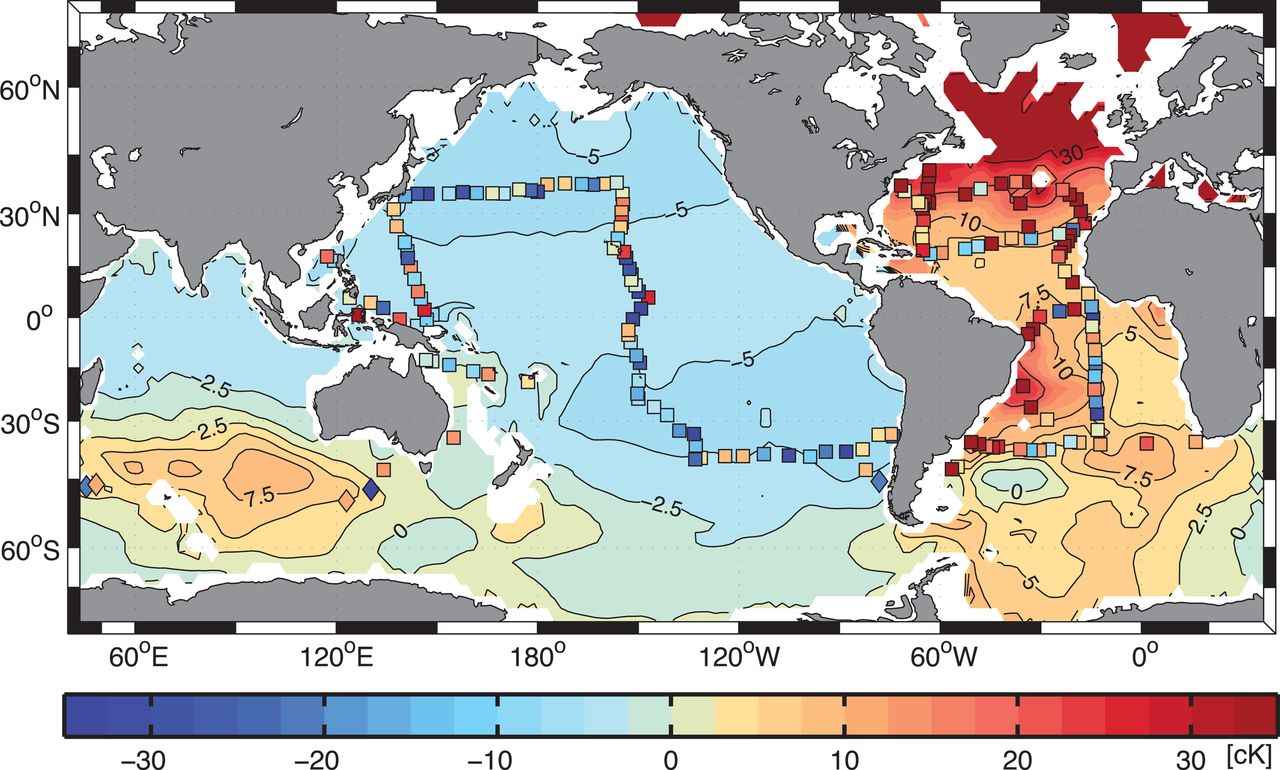 Where the units are given as cK.

cK does not seem to be a standard temperature unit and Google searches return millions of results that don't seem relevant.

While it might be "fun" if the temperatures shown were Kelvin, centi-Kelvins, or even Celsius, that seems unlikely as we are all still alive.

So, what is cK as shown on the graphic, and how do you convert the temperatures shown to degrees Celsius?

If the axis is really some delta temperature, what is the zero point?

It actually is the common centi- prefix, but applied to temperature changes in units of Kelvins rather than absolute temperatures. The research as quoted by the Daily Mail obscures this by simplifying the results for a general audience.

The analyses and results are much more clearly described in the original refereed journal article, which clearly refers to changes in temperature - see in particular the discussion of their Fig. 1 (reproduced below), which explicitly refers to rates of temperature change of 0.1 and 0.02 °C at depths below 2000 m over the previous century, corresponding to cK contours of ~10 and near zero in the corresponding section of that figure.

So, the contours in the figure quoted by the Daily Mail represent changes in temperature between measurements made in the 1870s and the early 2000s, in units of 0.01 K (or equivalently, 0.01 °C). 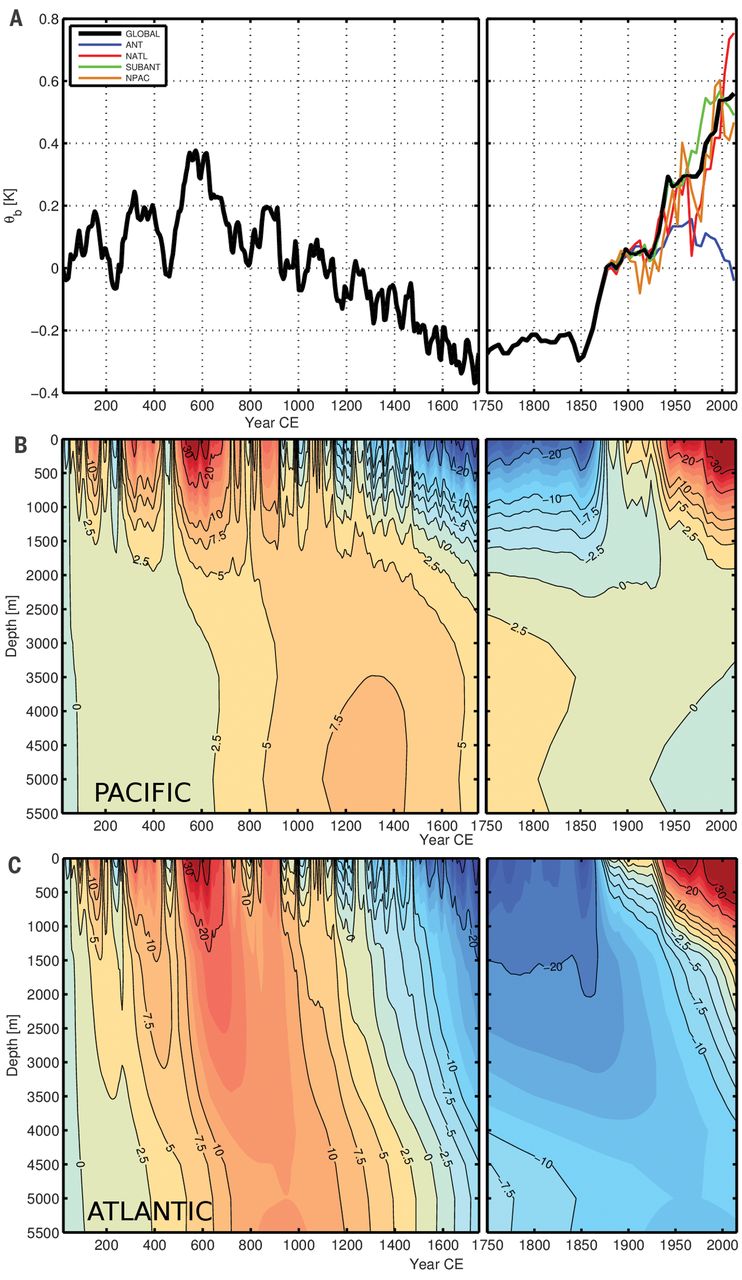 Not the answer you're looking for? Browse other questions tagged oceanography temperature climatology or ask your own question.

14
Color of ocean waters and Ekman pumping - what is the connection?
11
What are the benefits of using conservative temperature in oceanography?
1
What is the earth's core temperature?
4
The temperature of the ocean below 1000 m
5
Satellite ocean near-surface air temperature data
2
Why has the Earth's average sea level risen 'only' by nine inches after one degree C increase in temperature?