I downloaded PERSIANN-CCS for the region of Pawlowdar, Kazakhstan and this has stripes all over my downloaded data.
For another AOI in Kazakhstan I do not have this problem.

Does anyone of you have any idea where these artefacts are coming from?
I did not process the data at all. 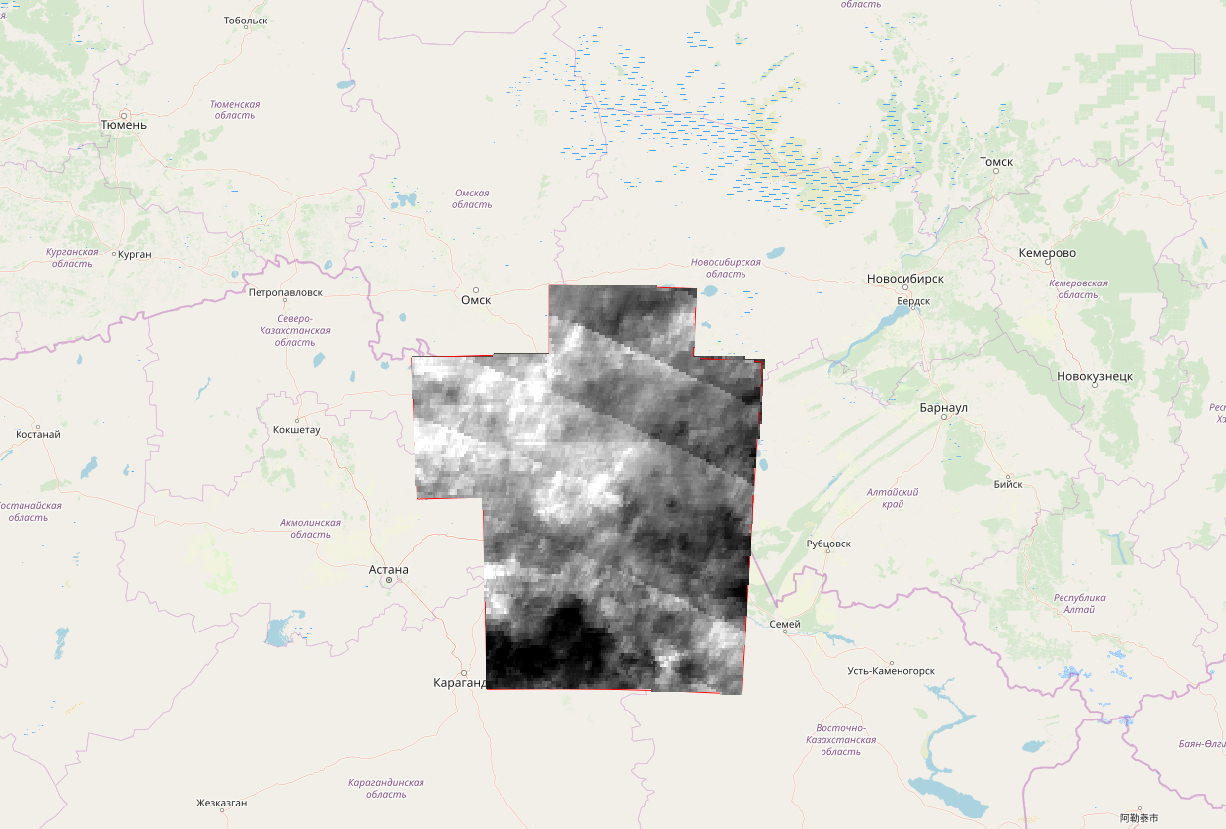 The Further reading link brings you to The PERSIANN System Fine Resolution Precipitation Estimates Using PERSIANN-Cloud Classification System which shows that the data is merged with signals coming from both geostationary and polar/near polar satellites. My guess is that it's just banding in one of these datasets (probably from that second group of satelites).

I tried to look at raw image data from these satellites (to illustrate my assumption), but I bump into sites that are affected by the current US government shutdown, resulting in e.g. incorrect and expired CSS certificates.

If you can dig up these raw images in a later stage, you'll probably be able to map the width of those bands to the aperture of the satellite.

Not the answer you're looking for? Browse other questions tagged precipitation remote-sensing rainfall earth-observation or ask your own question.