What causes frozen “shooting water” spikes from ice covered water in the winter?

I have seen things like this appear once or twice on cold winter mornings, a frozen spike of water from an ice-covered container or very small body of water (puddle).

I found the photo below at Mel Bartels and BBAstroDesigns and the caption reads:

What could be happening here? How might the two structures form like this, both tilted against gravity?

update: Comments indicate that Wikipedia's article Ice spike gives an explanation based on the growth of a tube as the freezing process extends from top-down into the liquid, pushing remaining liquid out a hole and growing vertically from a central opening in the tube.

However, I can't see how this makes a spike with such a large angle with respect to vertical. It really looks to my untrained eye like this is a frozen jet, but that's not so likely as water is not so compressible. 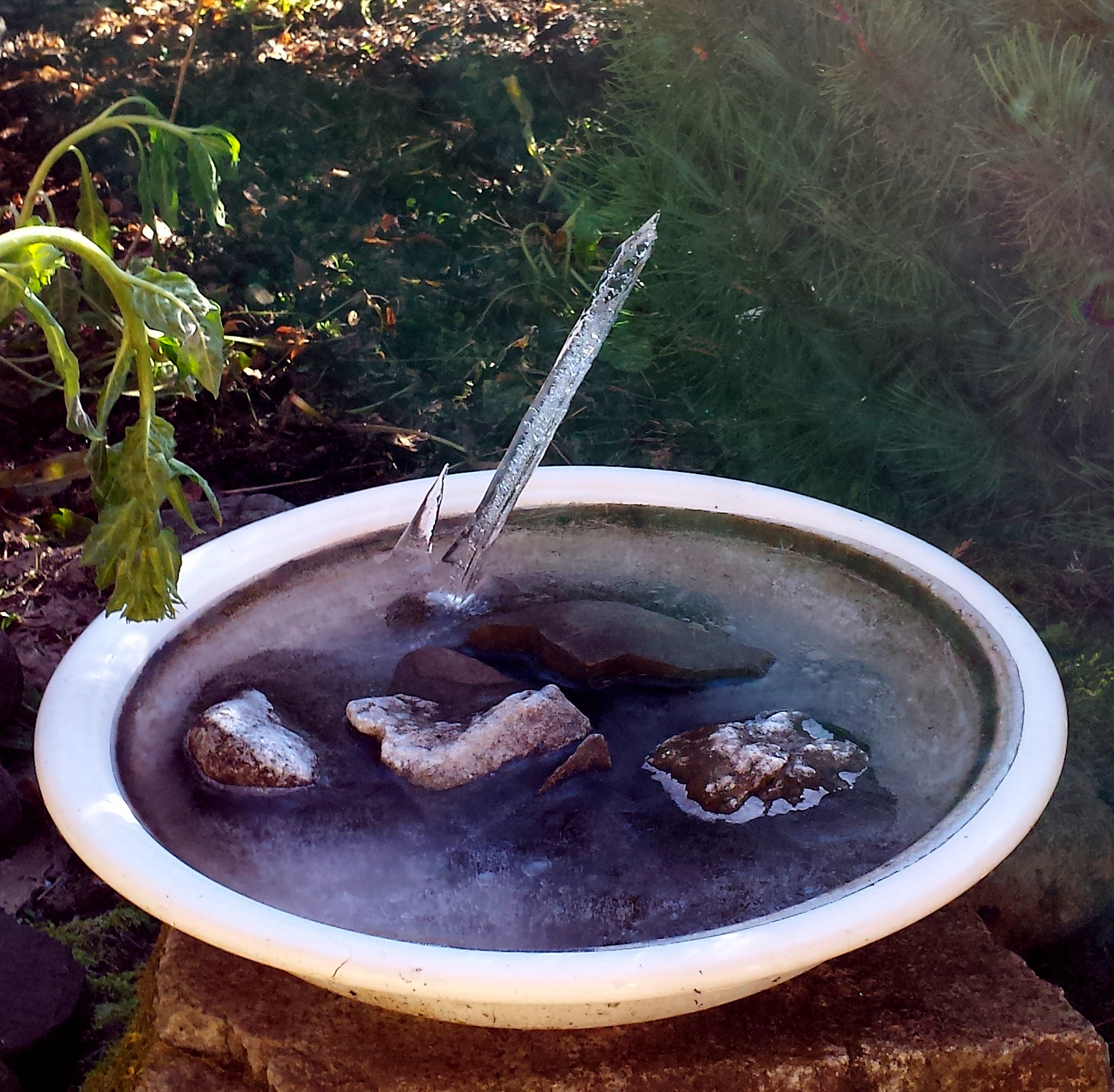 Browse other questions tagged meteorology ice or ask your own question.

11
What causes the 'calm before the storm'?
6
The Role of the Antarctic Circumpolar Vortex & Ocean Current in Keeping Antarctica Frozen
11
What ice phenomenon are we seeing in this video?
2
Do ice crystals form in running super-cold water?
3
During an average winter, what part (if any) of the Mississippi River becomes unnavigable?
13
How to tell if fog is made out of water droplets or ice crystals?
1
Why is the ice on a frozen lake sometimes cracked?
1
Ice Water Content from GFS file