How could have this rock formed? - Penny inside rock, mostly iron [closed]

Ask Question
Asked 12 months ago
Viewed 120 times
2
$\begingroup$
Closed. This question is off-topic. It is not currently accepting answers.

I was walking along a beach (in Southern California) and found this rock on the ground, and there were none like it on the beach. It is composed of mostly rusted iron, and a magnet will stick to most places on it, but it sticks to place around the penny the strongest. There are other rocks in it too, including one that appears to be quartz. There is a penny (you can see part of it right below the "dent" or "crater" in the rock) and a hook (not shown, made of iron or steel) in it as seen in the picture. How could've this rock formed so recently (last century, the penny seems to be a new one and I can make out "states" from "United States of America" on it)? How was it formed and how could've a penny got in there? 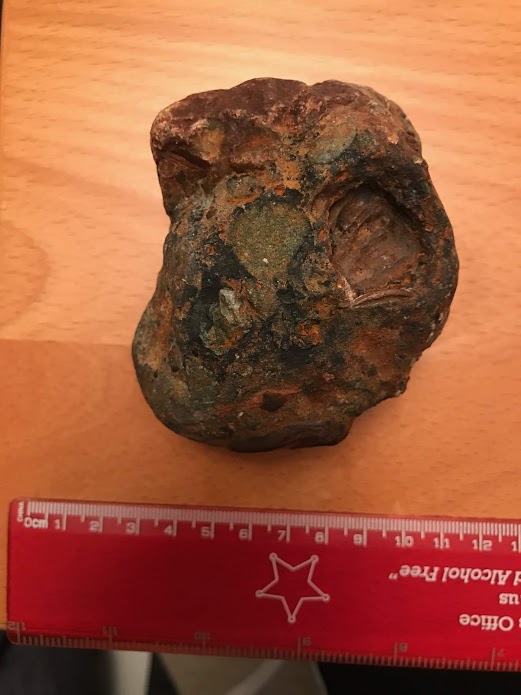 Browse other questions tagged identification-request california or ask your own question.

2
Why does the color of this hillside rock vary?