What is in this rock? [closed]

Ask Question
Asked 11 months ago
Viewed 67 times
3
$\begingroup$
Closed. This question is off-topic. It is not currently accepting answers.

There were many, many examples of this, my photo simply shows a situation where I had even light and time to take a photo without making anyone wait for me.

The basic rock is obviously sandstone. While it is basically horizontal in this photo other locations were far from horizontal.

There are these intrusions of some other material into the rocks, always occurring as very thin layers, always sticking up a bit so it must be more erosion resistant than the sandstone.

I could understand one intrusion but they were all over the place, generally quite parallel although I saw deviations of up to about 20 degrees in small areas and generally about perpendicular to the layers of the sandstone. Most of the rocks show far less variation between the two sides of the intrusion, at least in sunlight. (This shot was in the shade so there would be no shadows messing it up.)

This was taken in Valley of Fire state park, Nevada, USA. The environment was far wetter than normal and this was taken not far from a deep puddle that forced a detour on us. 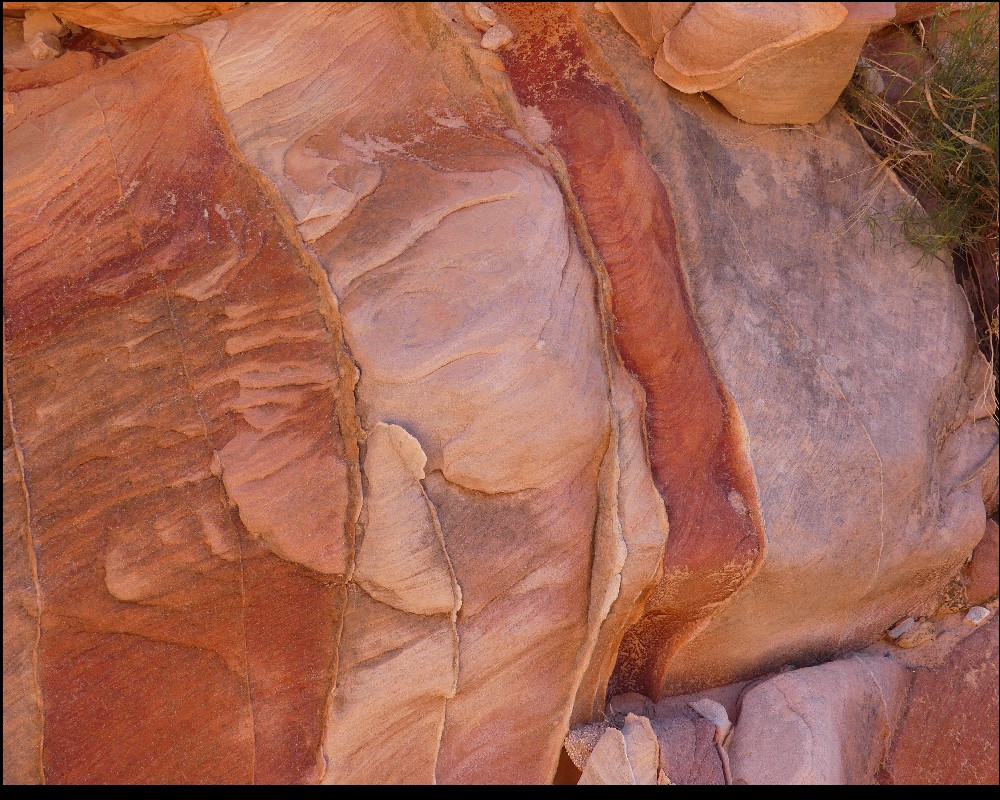 Browse other questions tagged identification-request rocks or ask your own question.