Ask Question
Asked 11 months ago
Active 11 months ago
Viewed 57 times
0
$\begingroup$
Closed. This question is off-topic. It is not currently accepting answers. 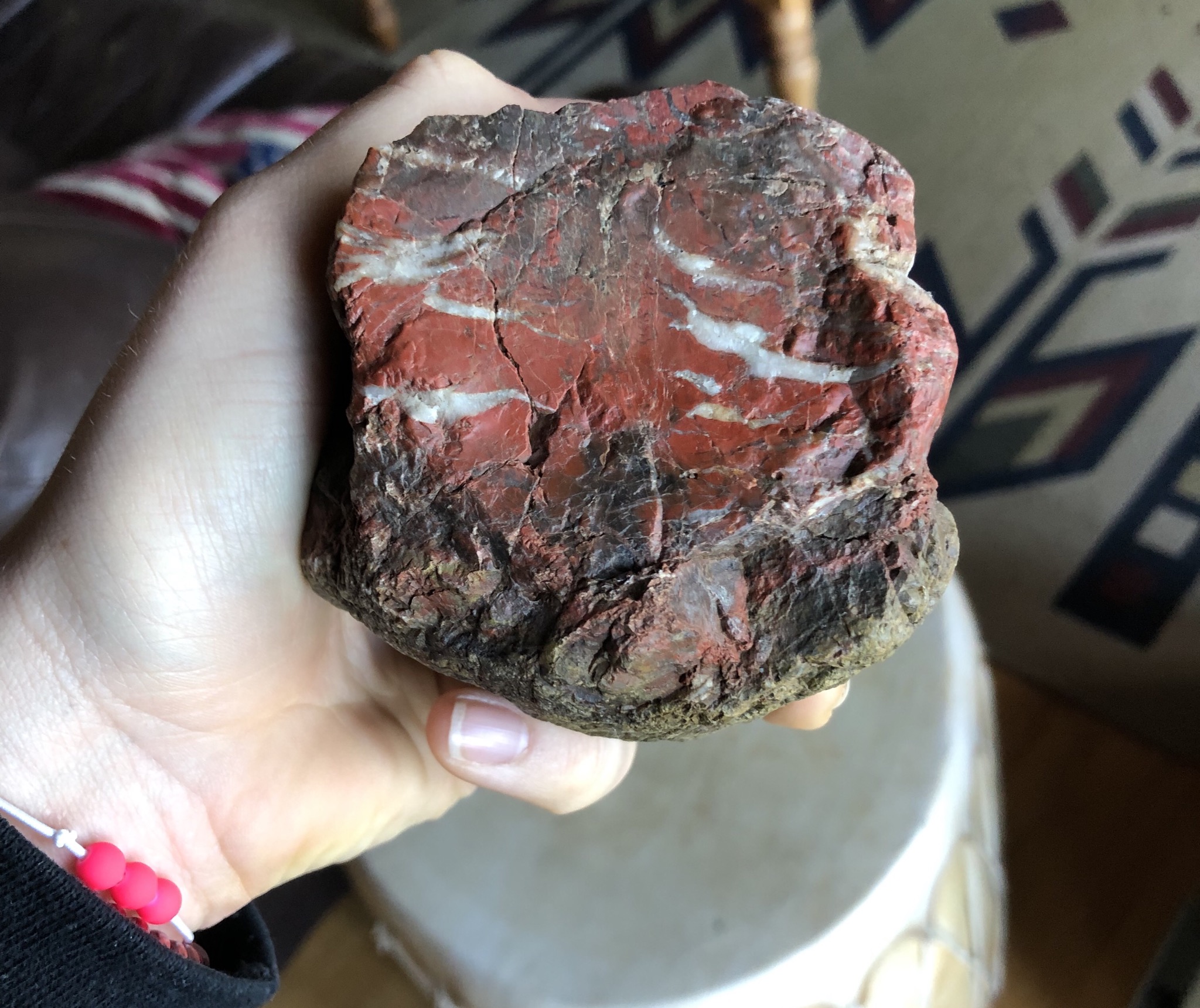 What kind of rock is this? I found it on my property a long time ago and I can pinpoint exactly what. I was thinking red jasper maybe?

Your rock is a cryptocrystalline form of quartz commonly called jasper. Jasper is a variety name and it is splitting hairs whether if it is should named jasper, flint, chert, or just chalcedony (the common generic term for cryptocrystalline quartz).

Here is a web page that attempts to explain the differences between the types of quartz. I don't necessarily agree with every idea presented but it does give a good overview.

In my opinion, it is color, opaqueness, and absences of crystalline grains that defines separates chalcedony and its sub-varieties from quartz. Often where the rock is from also defines the sub-varieties of micro/cypro crystalline quartz. For instance, colorful chert like rock from near Zanesville, Ohio is referred to as flint rather than jasper even though pieces can have jasper like qualities.