Weather forecast based on pressure, temperature and humidity only (for implementation in Arduino)

I have a project for my school to make, and I'd like to have some materials of research/graphs of dependencies about how the weather is predicted (i.e. cloudy, sunny, rainy). I've been searching the internet for the past few days but couldn't find something rather helping.

I can use an Arduino UNO and a bunch of sensors (i.e. atmospheric pressure, temperature, humidity, etc.), but my main problem is how to accurately interpret the parameters measured.

Such simple algorithms are empirical and for the same reason very local, so depending on your location they can have very bad performance. In the other hand, some people argue that properly calibrated they can be over 90% accurate.

Most of them are based in the Zambretti algorithm or some variant of it. This algorithm was originally implemented in a forecaster device produced by the firm Negretti and Zambra in the early XX century. 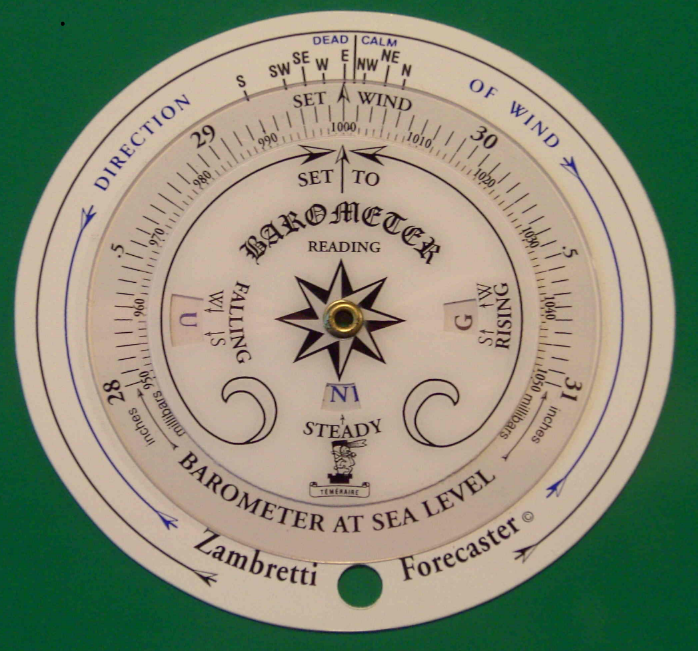 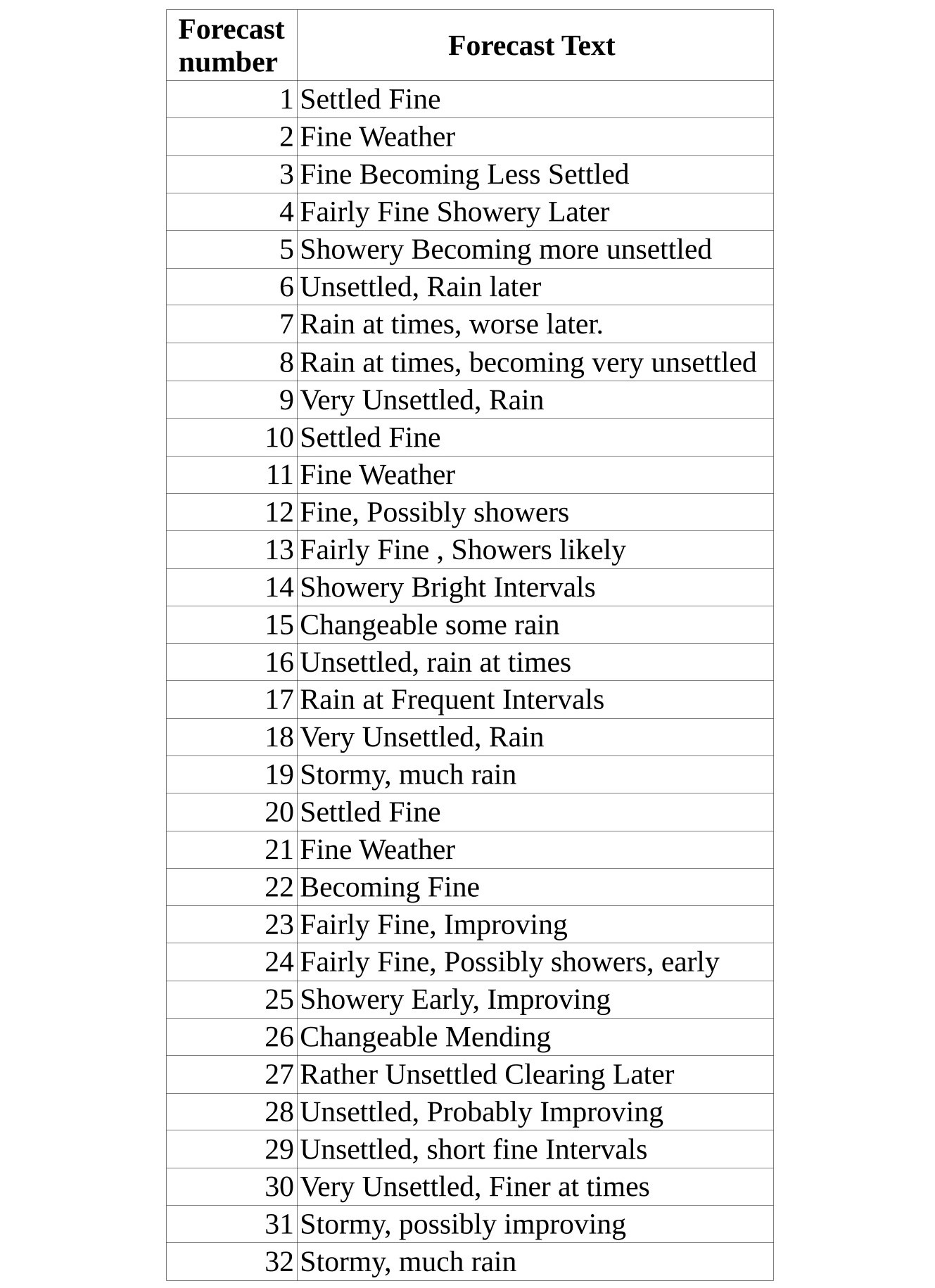 This was made for the UK, and many people have developed modified version to work in other areas. You will find many implementations online with downloadable code, as this one in javascript, or this one in C for Arduino UNO, an explanation of this Arduino UNO implementation can be found here.

In the Zambretti's documentation on Winter the Z number falling is lower by 1 unit, and the Summer Rising improves the prospect to 1 unit, therefore we have to adjust:

To compensate the derivation.

Not the answer you're looking for? Browse other questions tagged weather-forecasting or ask your own question.

1
How to calculate air temperature for given time, location and altitude?
3
Looking for fun and illuminating weather visualizations
10
Are weather forecast models more accurate for either high or low temperatures?