Stratosphere height vs. Temperature based on ozone concentration

Why does temperature increase as height increases in the stratosphere (15 km - 60 km above earth), when the ozone molecules are most concentrated at about 25 km? 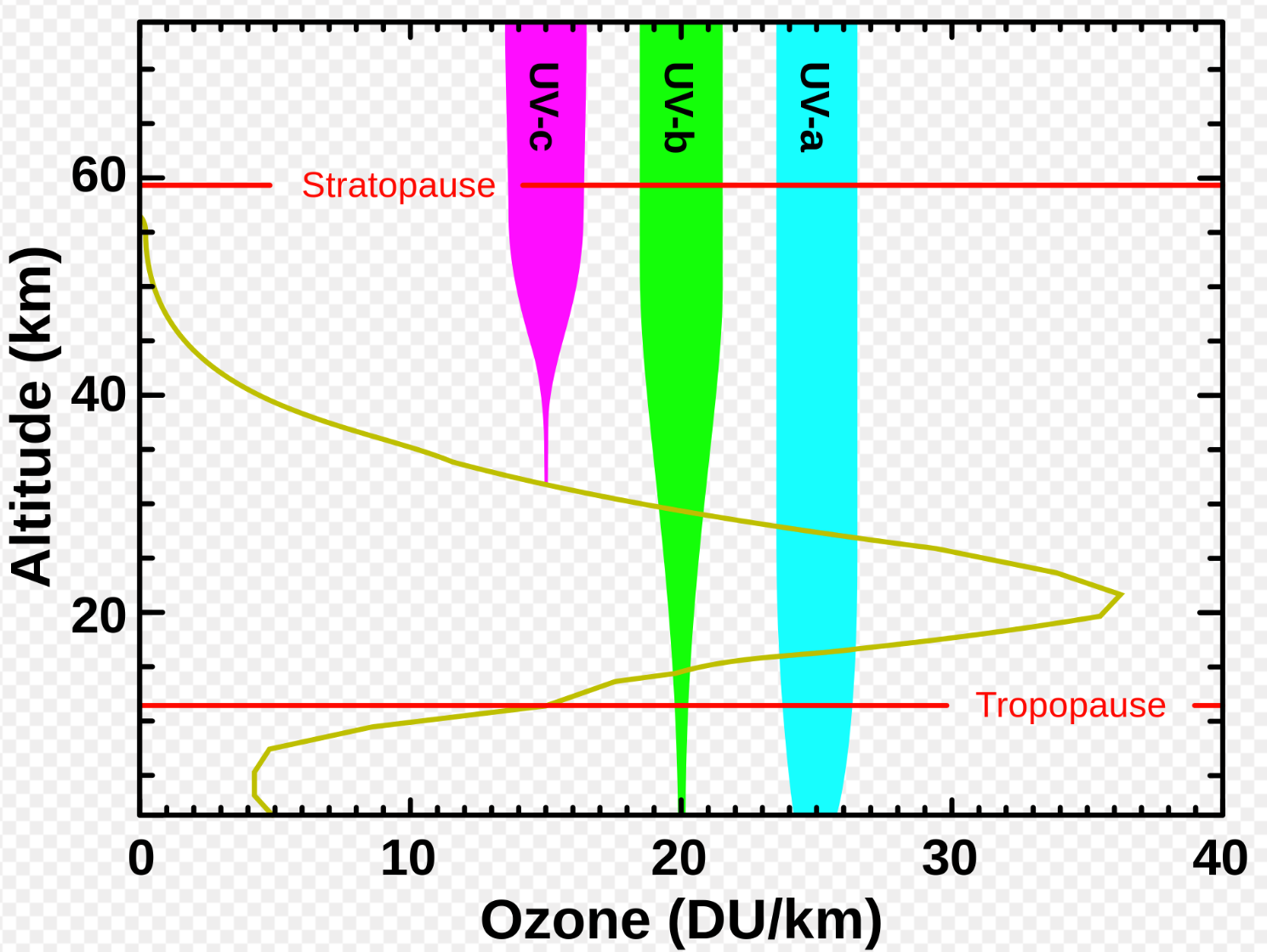 There are two main points to make here.

The second point is that the Dobson Units used in your plot standardize for (partial) pressure and temperature differences between different heights in the stratosphere, so that you can compare the mass or number density of ozone at different levels. But it doesn't tell you how much ozone there is relative to all the other gases making up the air at a particular height. A common way to look at this is the mole mixing ratio: 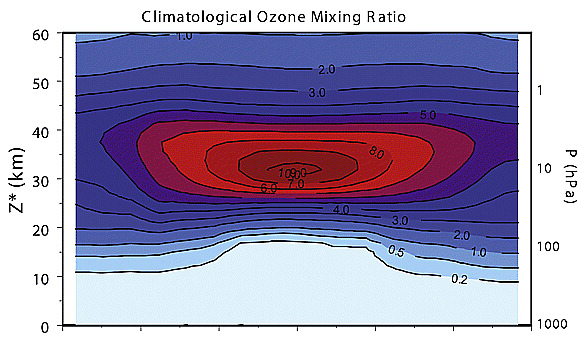 While the ozone concentration peaks around 20 km, the mixing ratio peaks around 30 to 40 km and doesn’t decline so abruptly with height. Where the mixing ratio is greater, absorption of a particular amount of UV radiation can have a greater effect on the overall air temperature at that height. 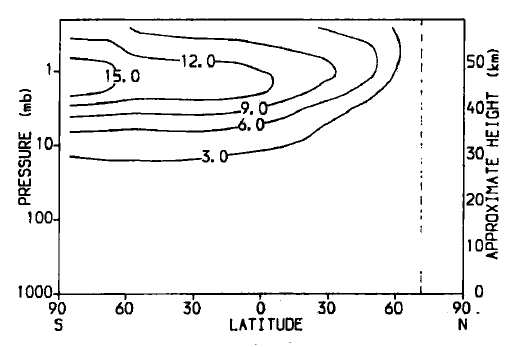 Source: Haigh (1984) Radiative heating in the lower stratosphere and the distribution of ozone in a two‐dimensional model, QJRMS.

Not the answer you're looking for? Browse other questions tagged temperature atmospheric-chemistry ozone stratosphere or ask your own question.

13
How to reduce the atmospheric temperature artificially?
1
Ground level ozone formation and NO2 dependence over time
5
Does the Antarctic Ozone Hole affect the rest of the world?
7
Persistence time of ozone
1
Is Ozone Layer a Valid Concern
13
Why have “ozone-depleting substances” led to a third of all global warming and half of arctic sea ice loss?
8
How does the ozone layer “stay in place”?
3
Why is ozone layer so important when oxygen atoms absorb UV Rays?