Can anyone identify this stone [closed]

Ask Question
Asked 10 months ago
Active 10 months ago
Viewed 119 times
1
$\begingroup$
Closed. This question is off-topic. It is not currently accepting answers.

i found this stone on the east coast of south island in New Zealand, it's 200 grams and very hard,i used a metal file on it and it left steel residue on the stone. 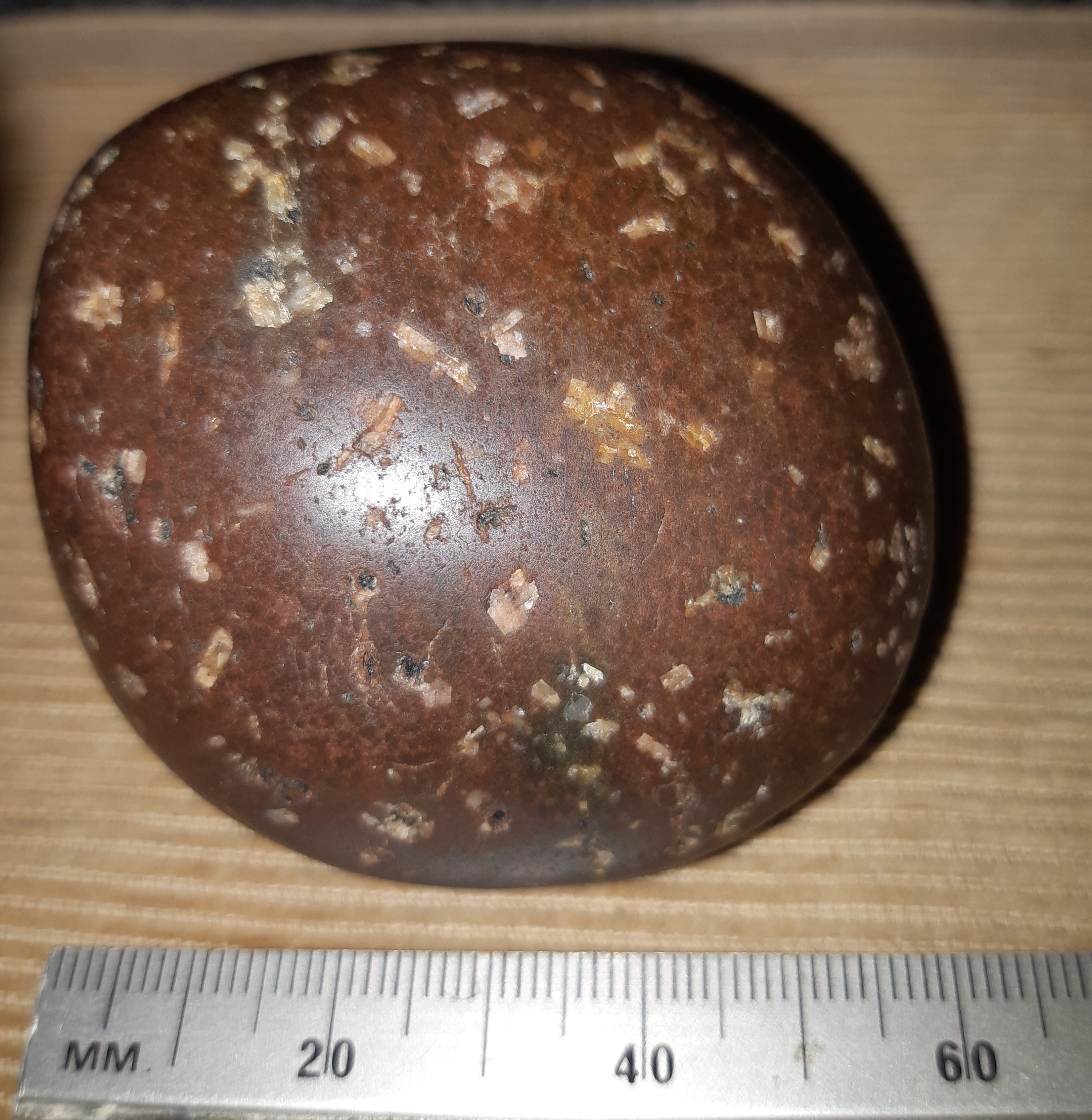 This is a nice example of a volcanic rock, probably an andesite or something related.

The white crystals are plagioclase. The darker spots could be pyroxene, but I'm not sure.

This answer is more of a guess, this is not my main area of interest.

The uniform crystal structure showing no layering leads me to believe that this is an igneous plutonic rock, a rock that formed from magma under the surface. The red matrix (the majority of rock) I am guessing is a type of K Feldspar (Alkaline Feldspar). I suggest this because K Feldspar typically appears white to brick read in colour. The milky white crystals are likely quartz. Feldspar is about 6 on Mohs hardness scale which is hard enough to scatch some metal but I would suspect a file might be harder. Quartz is 7 on the hardness scale and should scratch most steels. If the matrix is K Feldspar then I would say the rock is something like a Quartz alkali feldspar syenite (mostly feldspar with some quartz).

An alternative is that the red mineral is the quartz, I haven't seen quartz that red, in which case your rock would be closer to a simple granite or a granitoid. The alternative fits the scratching the file better but doesn't fit the color all that well.

Hopefully, someone with more knowledge will also answer. In the meantime, besides searching granites and quartz and feldspar on the web you may also encounter the QABF diagram found here.

Not the answer you're looking for? Browse other questions tagged identification-request rocks or ask your own question.