How do I interpret this "sky cover" chart? 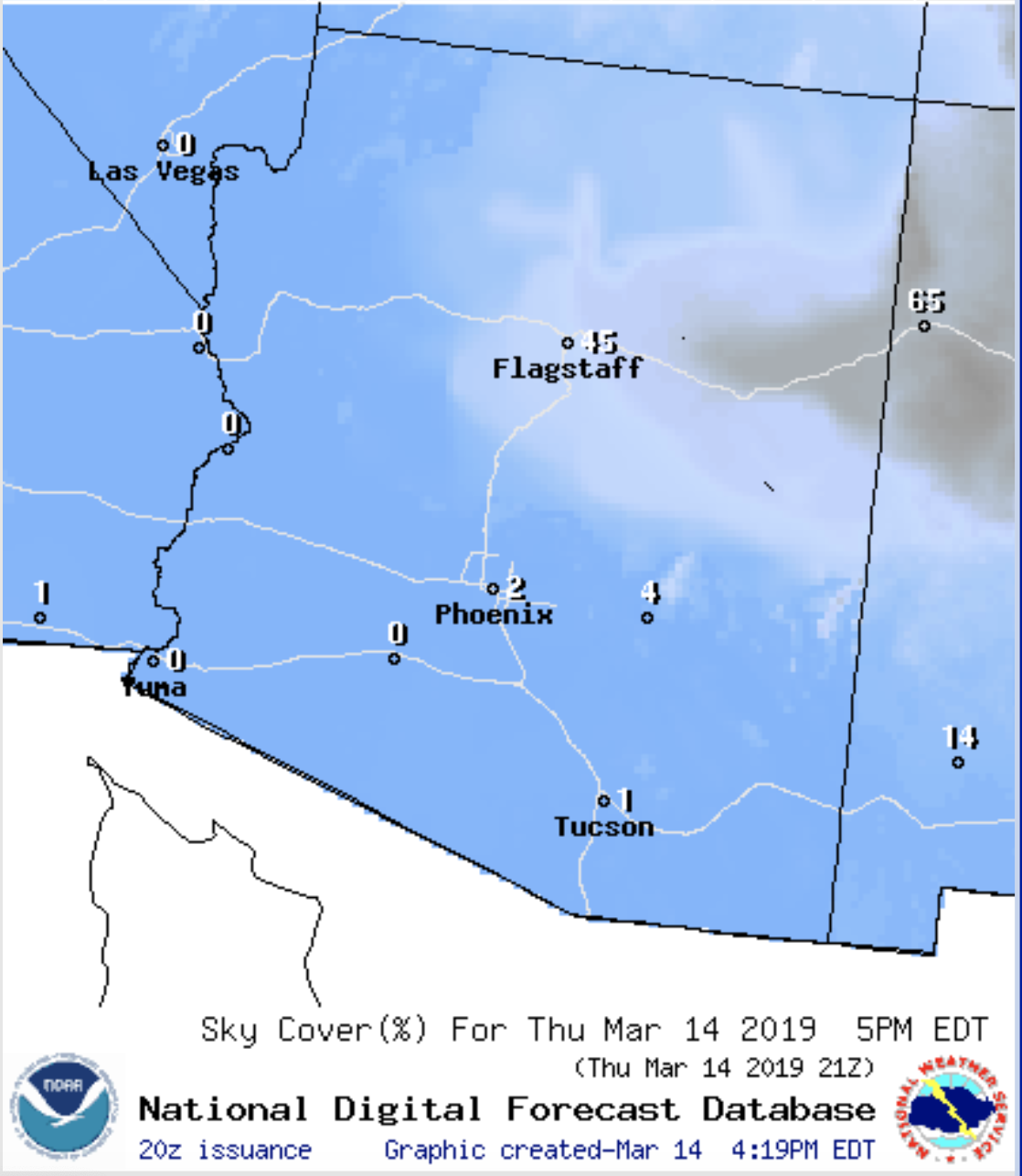 The "sky cover" represents the percentage of sky obscured by clouds, as would be visible to an observer (or weather instrument) at the Earth's surface.

The most direct reference I could find to this quantity was in this archived presentation from the American Meteorological Society's 2014 Annual Meeting: "The United States Federal Meteorological Handbook (FMH) No. 1 defines sky cover as “the amount of the celestial dome hidden by clouds and/or obscurations”. User @MikeChristianson also identified a direct definition for this exact National Digital Forecast Database (NDFD) product here, confirming this interpretation: "Sky cover is the expected amount of opaque clouds (in percent) covering the sky valid for the indicated hour."

There is also supporting evidence with some additional detail in the NWS Products and Services Reference Guidebook, specifically Section 9, Tables and Abbreviations: The “sky condition” describes the average percentage of the sky that is covered by opaque clouds (not transparent to light) at a given time, followed by a tabular description of the percentile sky cover forecast interpolated to the forecast image in question:

Slight differences in terminology aside, both of these descriptions equivalently refer to the portion of sky obscured by clouds. For typical weather forecasts (as in the example in question), either would be interpreted as describing the sky as it would be visible to an observer at a given point on the Earth's surface - the visible "celestial dome". See also the definition quoted here from the 2nd edition of the American Meteorology Society's glossary, defining cloud cover as "observed from a particular location," in this case the Earth's surface.

Additionally, as noted in the comments, the definitions are vague enough that the observer could be a person or a weather instrument - naturally, the exact details of what would be visible and quantified depend on the observer, but for a simple use of this forecast parameter, the FMH & NDFD definitions support this interpretation of sky cover.

5
How do I interpret the specs of a weather balloon?
8
What is the best way to stay safe while photographing lightning storms?
3
How to interpret cloud coverage chart?
5
Can I use radar data to estimate snowfall, or is there a better way?
1
Relationship between pressure, temperature and density in meterology
3
Are there "transparent" clouds?
9
Why don't I have a 1-in-2 chance of getting rained on if the forecast says 50% probability of precipitation?
3
How to interpret precipitation probability?