What are these Gizmos at Izaña Atmospheric Research Center in Spain?

This tweet from the account of the Centro de Investigación Atmosférica de Izaña (AEMET) http://izana.aemet.es Izaña Atmospheric Research Center (AEMET) shows images of meteorological instruments pointing at the Sun. I recognize the small glass domed instruments in several images and in detail in the first image as Pyranometers based on this excellent and thorough answer.

But what are the long, thin telescope-like cylindrical objects, each on its own articulated pointer to track the Sun? There seems to be a whole series of them in the background in the fourth image. 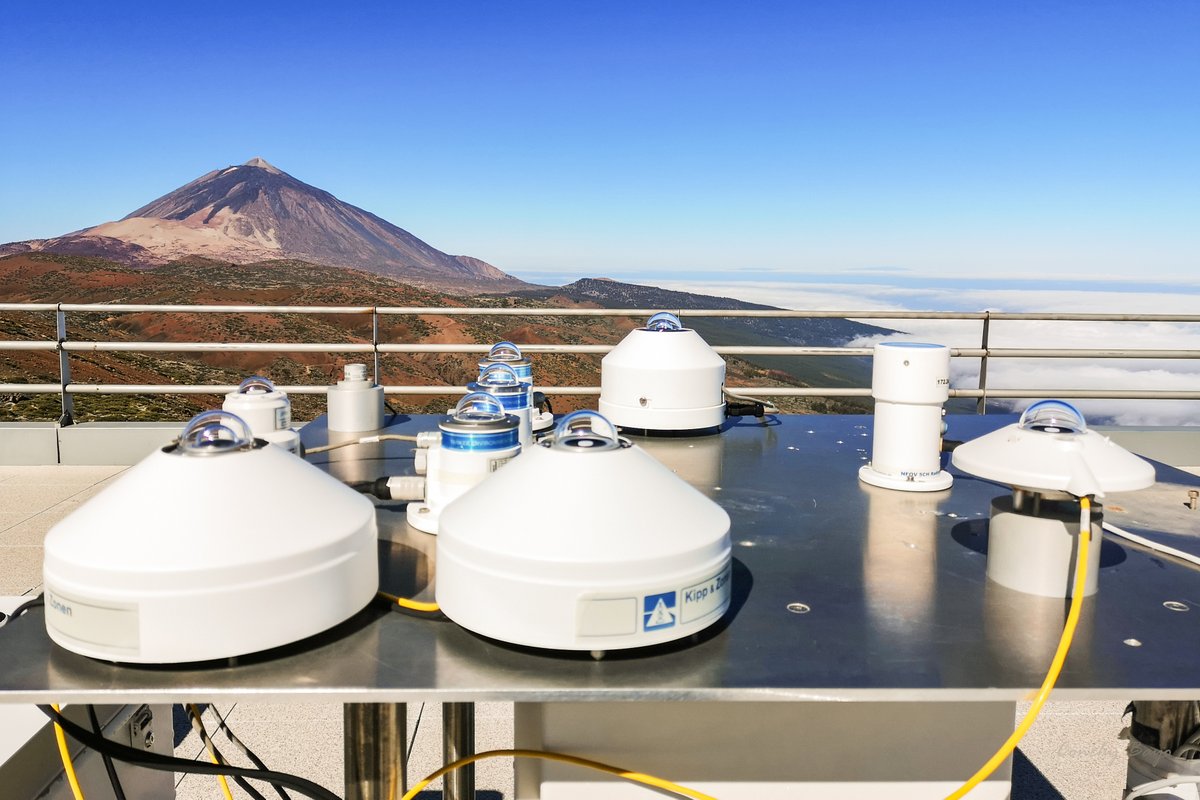 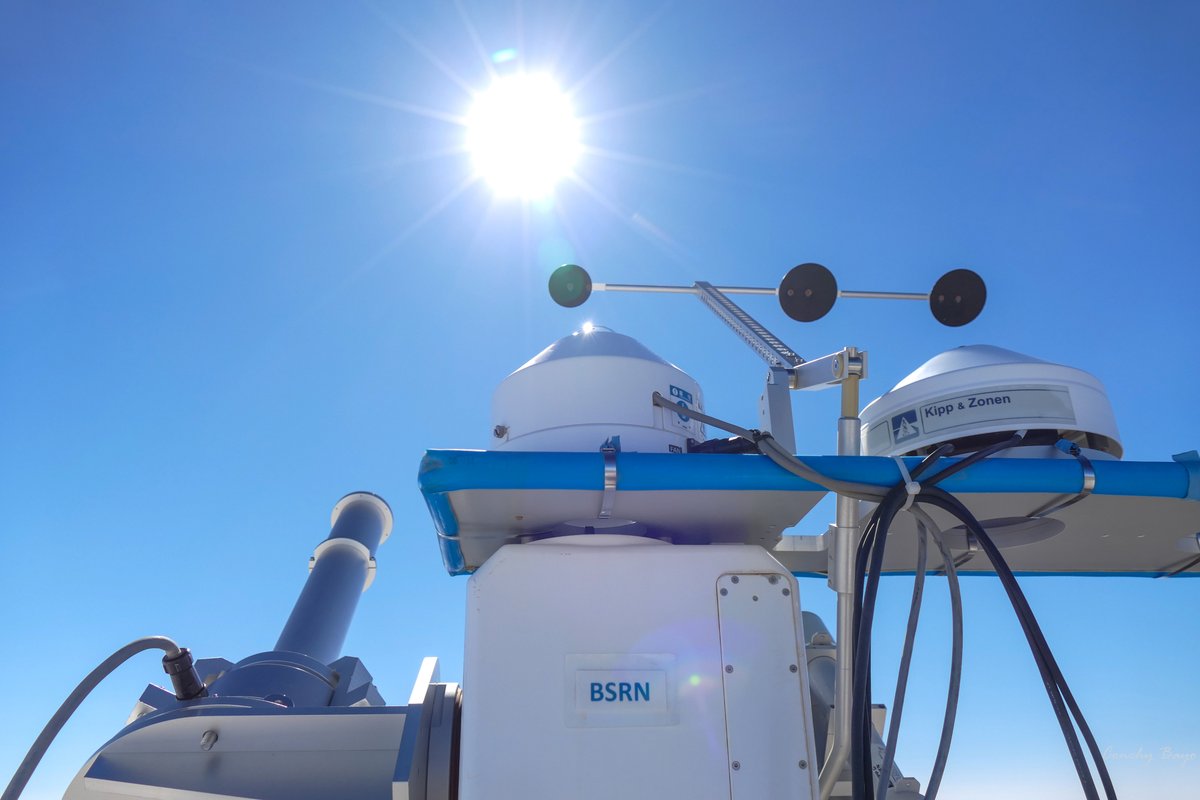 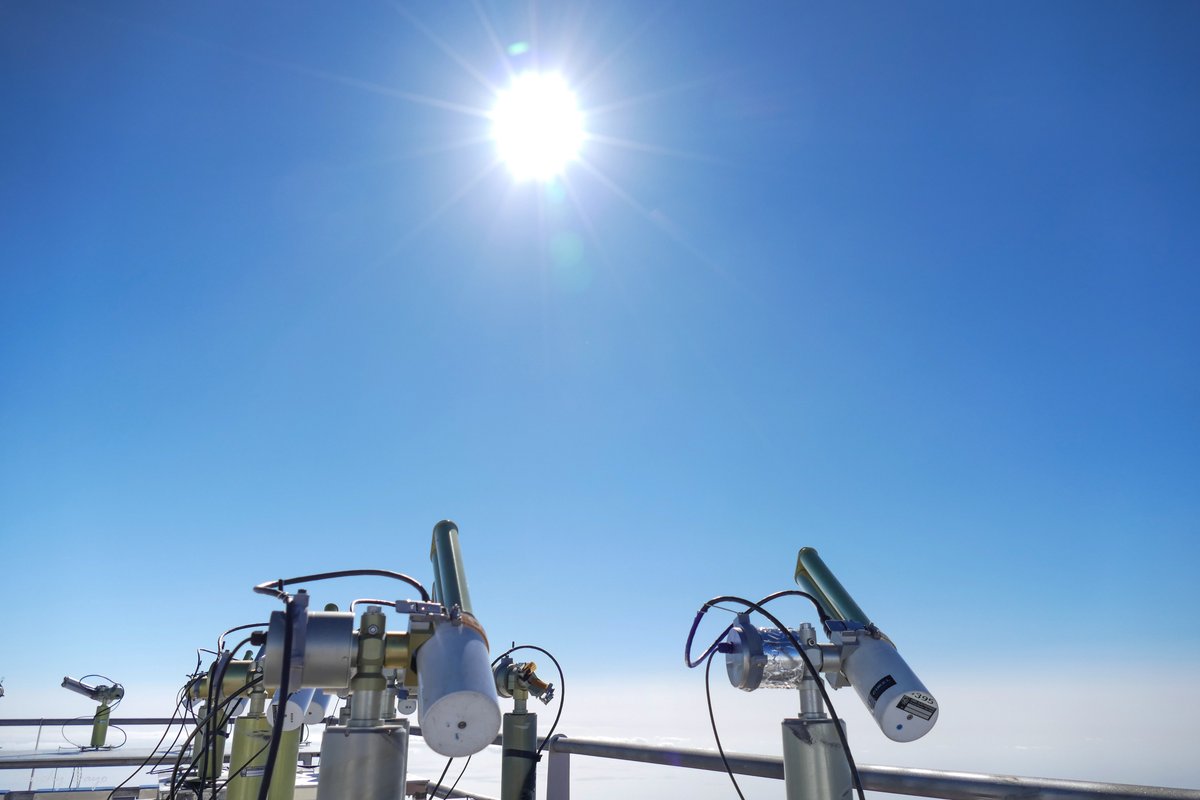 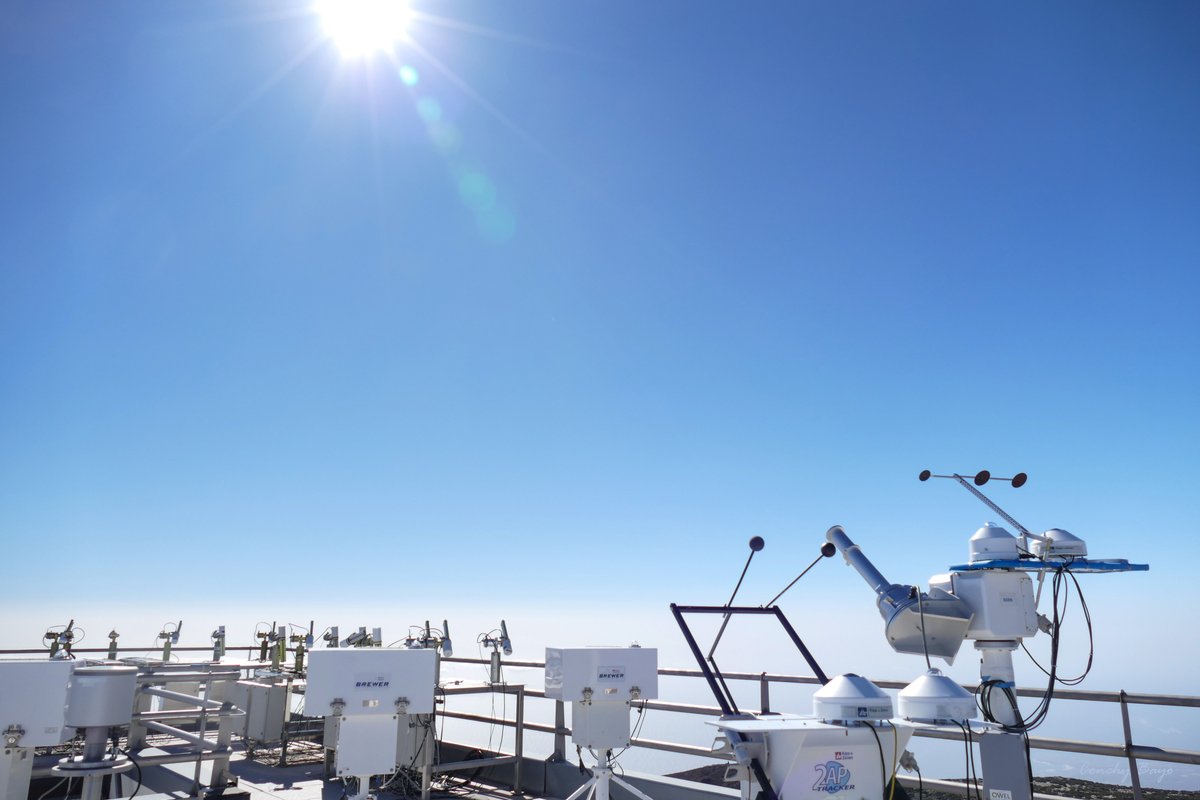 Those are Sun/Moon multispectral photometers and ski radiometers. These are instruments that can scan the sky or track the Sun/Moon for direct measurements. They measure light intensity at multiple narrow wavelength bands, and are designed to measure atmospheric aerosols content and characteristics.

The ones in the third image seem to be a CIMEL CE-138 Sun Sky Lunar Multispectral Photometer (specs). 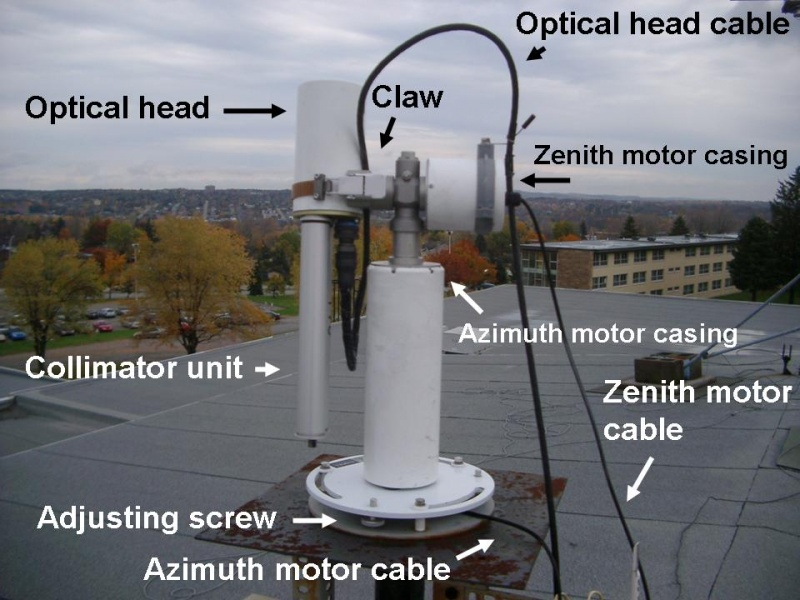 There is just a few brands that make these instruments. Others are Prede and Kipp & Zonen. I don't know why they have so many at the AEMET. Perhaps it is some sort of instrumentation investigation, where they are testing different types of photometers or different wavelengths. Or perhaps, as these instruments have a filter wheel inside, each one may have a different set of filters to have higher multispectral resolution.

I am going to just give a slightly different perspective to the answer above by actually naming the instrument in OP's question. Based on the name BSRN in OP's second image that actually translates to this institution - Baseline Surface Radiation Network the cylindrical instrument in the photograph shown is actually a pyrheliometer. In an earlier answer I talked about pyranometers. So what is the difference between a pyrheliometer and a pyranometer ? So a pyranometer measures both the direct solar beam as well as the diffuse radiation that is falling on a surface whereas the pyrheliometer measures only the direct sky beam. So the pyrheliometer in this case can be combined with a spectral radiometer manufactured by EKO to measure direct normal irradiance.

The measurements called "Direct radiation" are obtained from normal incidence pyrheliometers which get pointed by solar trackers into the direct sun beam. The measurements called "Diffuse radiation" and "Short-wave downward (GLOBAL) radiation" are taken from pyranometers oriented horizontally with respect to the Earth´s surface. The three measurements are taken independently from each other. Thus, "Direct" + "Diffuse" differs "Global" slightly even if only the horizontal component from "Direct" was used. These differences can be used to quantify the quality of the data

Not all the glass domed instruments shown in OP's image are necessarily pyranometers. Some of them can be pyrgeometers that measures near surface long wave radiation. The company that manufactures them as mentioned in Camilo's answer i.e. specifically mention that BSRN facility uses them in this Kipp and Zonen Overview of BSRN requirements

Why is BSRN Izana an ideal location for studying radiation ?

From this link - Izana Climate

Located North of the Tropic of Cancer, the Canary Islands are affected practically all year by the high pressure belt from middle latitudes, specifically by the southern side of the Azores Anticyclone. The station is located at 2400 meters above sea level, in the free troposphere above the quasi-permanent inversion layer present in the Canary Islands.The climate in the area of the station is extremely dry for the majority of the year, this together with the clean air from the upper troposphere gives the area a major scientific interest. In these days when the climate is dry, the insolation is very high, especially during the summer with consequent daytime warming, while during winter nights there is a substantial thermal cooling.The largest contribution to rainfall in the area occurs during a few days of winter produced by Atlantic Storms affecting the Canary Islands.The precipitation is concentrated in six months from October to March, with an absolute maximum between December and January and another relative in March, while from April until September the contribution is virtually null

The reason why they have so many instruments is because Izana Observatory belong to different aerosol and radiation networks and few of them are listed here AERONET Sun Photometers, GAW-PFR, BSRN, National Radiation Network and also for WMO CIMO Testbed for Aerosols and Water Vapor Remote Sensing instruments

Not the answer you're looking for? Browse other questions tagged meteorology earth-observation instrumentation or ask your own question.

5
What is a Rotating Shadowband Radiometer, and how does it work?
2
What are these Gizmos at Mauna Loa Observatory?

14
What are the scientific consequences of the loss of the Nereus submersible?
15
What type of cloud formation are these dark low-hanging clouds?
15
What causes these banded clouds?
8
Are these clouds exhibiting gravity waves?
7
What are the differences between Climatology, Meteorology and Atmospheric Science?
2
What are these Gizmos at Mauna Loa Observatory?
6
Are these plane trails seen from satellite
6
What are these lines that I frequently see on doppler radar?
3
What Earth Science research will be done from the International Space Station?
10
What are Atmospheric Rossby Waves and how do they affect the weather?