Why the “Mission to Earth’s core” proposal suggests using liquid iron instead of lead?

Nature communications article "Mission to Earth's core — a modest proposal", suggests placing a large volume of liquid iron in a crack and let it sink all the way to the Earth's core, carrying along a probe that can transmit data using seismic waves.

It is an interesting idea. Although there might be many technical problems I feel no one seems insurmountable and it is worth a try.

However, I wonder why the author suggest using a liquid iron instead of a liquid lead. I would expect lead to be cheaper and also require a smaller volume to achieve the same fracture stresses (due to higher density). In addition, a lower melting point would facilitate the initiation of the fracture propagation near the surface.

Would lead dissolve in the surrounding magma? Would it chemically interact turning into a lighter compound?

As the original article is behind a paywall I copy here the main text: 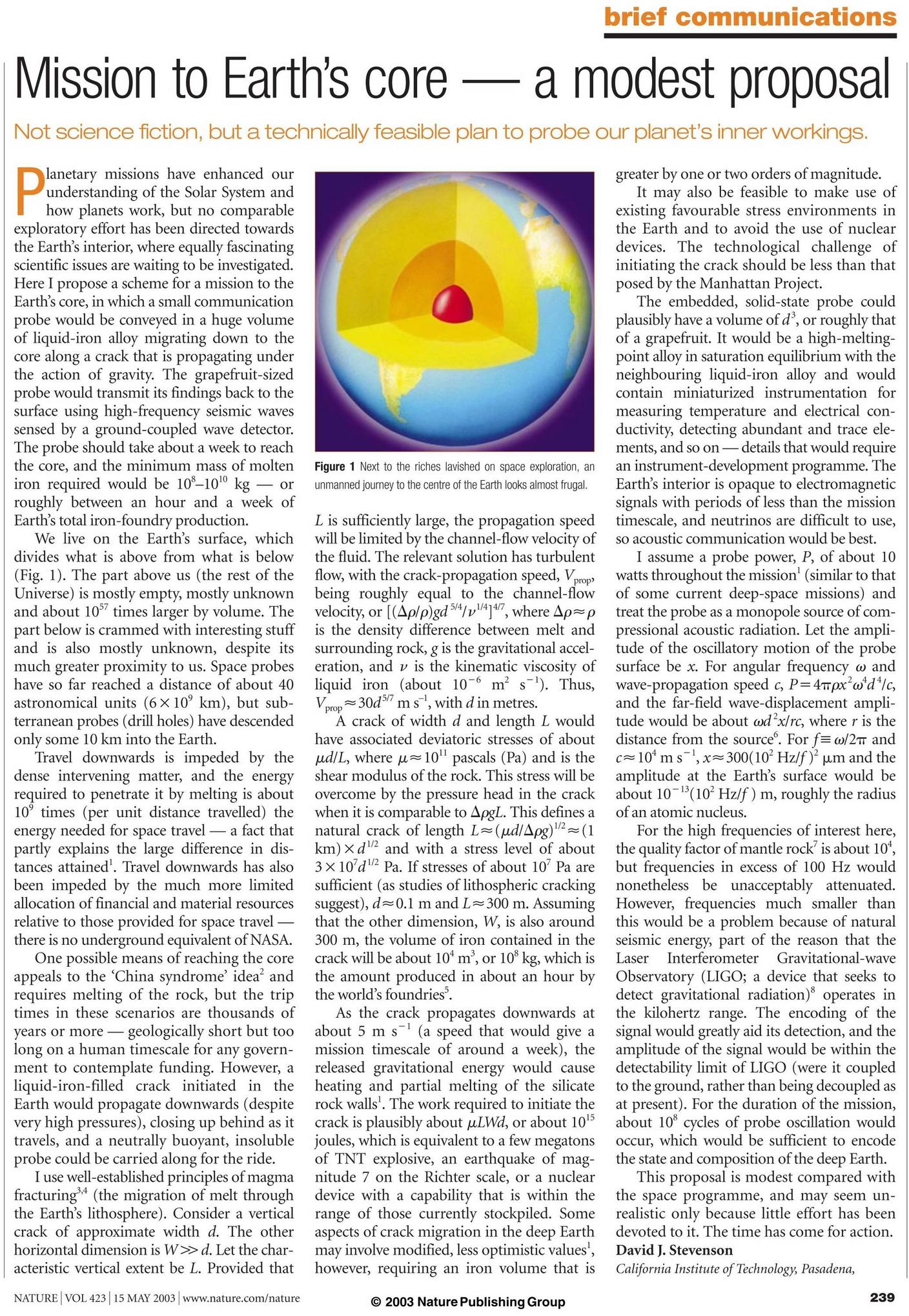 I've already commented on this before here. This will not work regardless of whether this is iron or lead or anything else. The fact that it was published in Nature does not mean it is true, always remember that.

A 108 kg ball of iron would have about 30 metres in diameter, which is not a lot, compared to Earth scales.

Here is why it will not work:

You were specifically asking about lead. All points above (except 5) are equally applicable to lead.

Not the answer you're looking for? Browse other questions tagged geophysics geochemistry core mantle magmatism or ask your own question.

14
Can we really travel through earth's core?
6
Why doesn't the Earth's outer core dissolve into the mantle?
1
It is possible to send a probe deep within the Earth?