Which ocean is going to be swallowed by the Supercontinent Cycle, Atlantic or Pacific?

The register shows several supercontinents have been formed on Earth's History:

I would expect then a new supercontinent to form in some million years, but this implies Atlantic or Pacific Ocean, both with ocean-ridges and divergent margins, to disappear.

In truth there are four possible predictions for the future: Novopangea, Pangea Ultima, Aurica and Amasia. two predict the atlantic disappearing one predicts the arctic and the final predicts the loss of the pacific. I think the latter two are more likely given what we see in the north america/pacific interaction but this is just opinion, the truth is we don't know a lot about how oceanic plates disappear or how spreading centers die because by their very nature they do not leave much evidence behind. 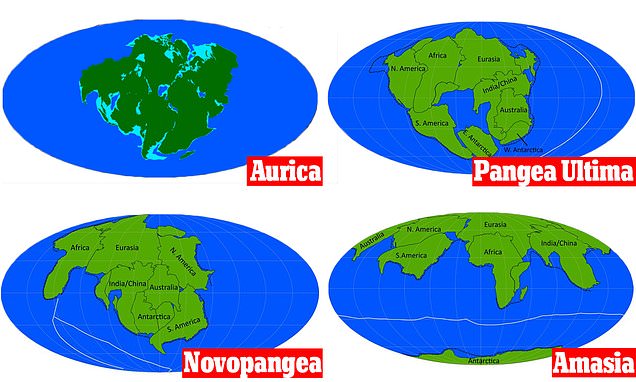 14
What are the causes of the supercontinent cycle?
7
What does the absence of passive margins between 1740-1600 million years ago tell us about the tectonic environment at that time?
7
Recreating the rock cycle
22
What was the first rock in the rock cycle?
7
Are the oceans rising or the continents going down? How can we know?
11
What are the striations or ridges in the eastern Pacific Ocean?
7
What fraction of Earth's crustal material survives the supercontinent cycle?