I thought I would be clever and add a new answer to Hudson Bay Has Low Gravity? by using Wolfram Alpha to report gravitational acceleration for different locations, but it looks like my cleverness backfired.

From this answer I found this view, a subsection of which is cropped and shown below.

I chose three points, the lowest, purple area near the West shore of the Hudson bay, a medium green-orange in lake Michigan near Chicago, and a high area just north of Iceland.

I was surprised to see Wolfram report such a high gravitational acceleration for the Hudson Bay area at 9.85 m/s^2! I was expecting something substantially lower than 9.81 m/s^2

Here is the data: 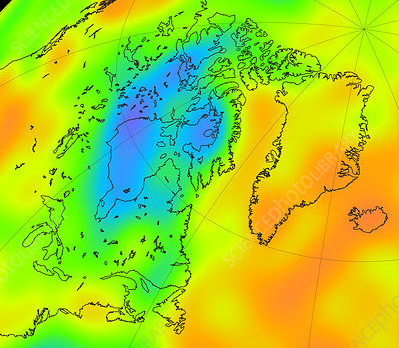 Wolfram Alpha reports values between 9.78 and 9.88 m/s^2 depending on the location, which is odd because it should stay within the range 9.76 - 9.83 all over the world. It also seems to be using the ocean floor as a reference elevation if the point falls in water.

Keep in mind that while the area near Hudson Bay has a negative gravity anomaly, this does not imply that it should have weaker gravity than Chicago (9.8026 m/s^2), which is much closer to the equator. It means that Hudson Bay's gravity is lower than what it should be at that latitude. Gravity is even weaker near the equator (around 9.78) because as you get closer to the equator, the centrifugal force is stronger and slightly counteracts the force of gravity, also the mass of the Earth is slightly further away from you, thus has less gravitational pull on you. These 2 effects alone create gravity variations up to 0.5% (around 0.05 m/s^2)

Gravity anomalies are relative to a theoretical normal gravity based on an idealized ellipsoidal rotating Earth, and these anomalies are small compared to the variation caused by cetrifugal forces and the oblateness of the Earth. Anomalies range between -50 and +50 mGal (+-0.0005 m/s^2). Normal gravity at the Equator for sea level is about 9.78 m/s^2, and near the poles, around 9.83 m/s^2. Altitude also has a significant effect, at 5000 meters, gravity is about 0.01 m/s^2 weaker than at sea level.

Short answer because there was no ice cap there.

Why does the hudson bay have lower gravity, isostatic rebound, there used to be an icecap right there, several miles of ice. That pushed the continental crust further down in to the mantle, like a boat with a heavy load. Mantle is denser than continental crust. When the icecap melted the rock started to rebound but it takes a LONG time to return to equilibrium. Mantle is not a liquid is does not rebound quickly. Basically the weight of the ice displaced a portion of the mantle and much of that mantle is still displaced. until it completely rebounds there is less mass there than in places with no such displacement. We can even measure how fast it is rebounding, several millimeters per year.

As a side note that is also why there is an ocean on top of continental crust right there, the land is still depressed below sea level. It should take the area about ~1,000,000 year to rebound but the glaciers only meted about 11,000 years ago. So in about 989,000 years there will no longer be a gravitation depression there because the rock will have returned to equilibrium.

But why does the western shore not have it, because there was no glacier there. 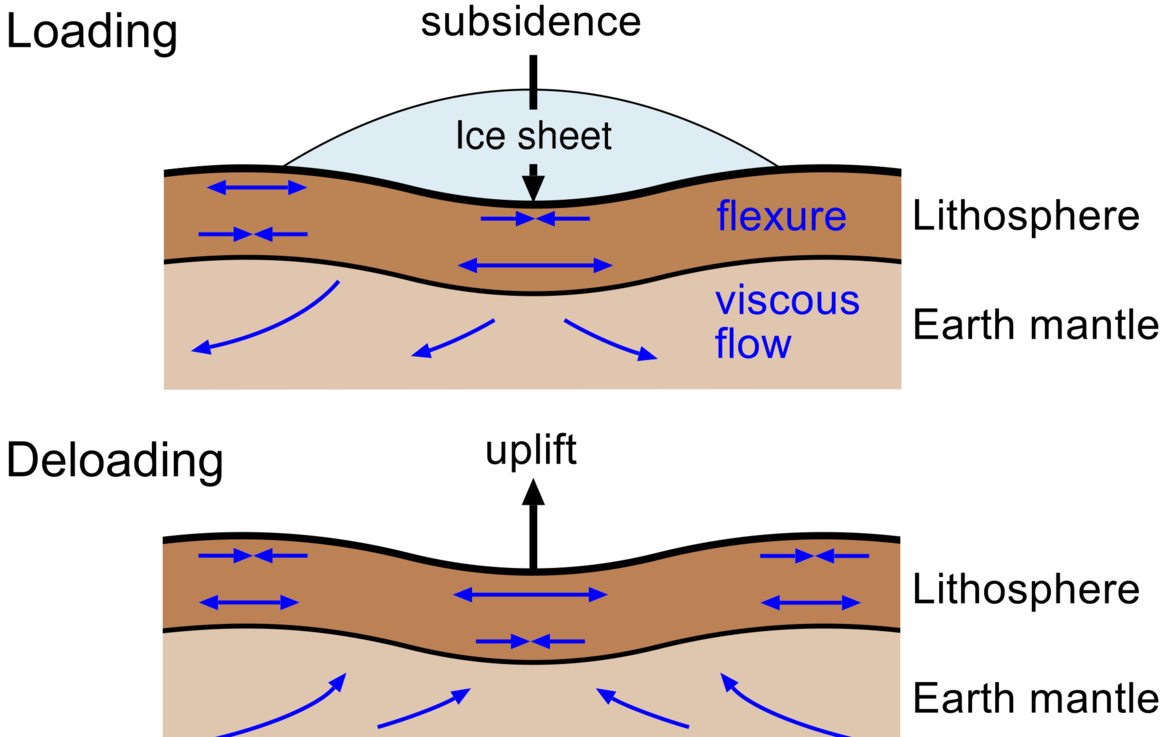 Not the answer you're looking for? Browse other questions tagged models gravity or ask your own question.

12
Hudson Bay Has Low Gravity?
4
What effect does climate change have on the Earth's rotation?

12
Hudson Bay Has Low Gravity?
6
How to make a Python function return the Moon's gravitational force (acceleration) to calculate orbits?