We are living in a historical period of global warming since about 20,000 years ago. This global warming period is one of about ten in human history. Those periods may very well be forced to start by optimal orbital conditions, but seems to develop rapidly by amplifying feedback from carbon dioxide and other greenhouse gases. Typically, the warming peek is very spiky at a rate of carbon dioxide slightly below 300 ppm. The probability that this peek is correlated to actual orbital forcing seems to me therefore very low.

Strong extratropical cyclones are known since before the extraordinary ppm values of today, at lower warming rates than the typical warming peaks. The enormous amount of energy from (historical) global warmings did partly result in kinetic energy in storms. I think this is demonstrated in the increasing damage from tropical storms and my question is if there are reasons why extratropical cyclones in future, nearer the peek, not could change the albedo by clouds and snow/ice to a rate that turn global warming into cooling?

My question isn't about the actual rate of carbon dioxide, but about the cycles that preceded our glacial period. Neither the question concern orbital forcing as such, but the possibility that a period of very bad weather with much snow in the north at least for some time (centuries) can cause global cooling. 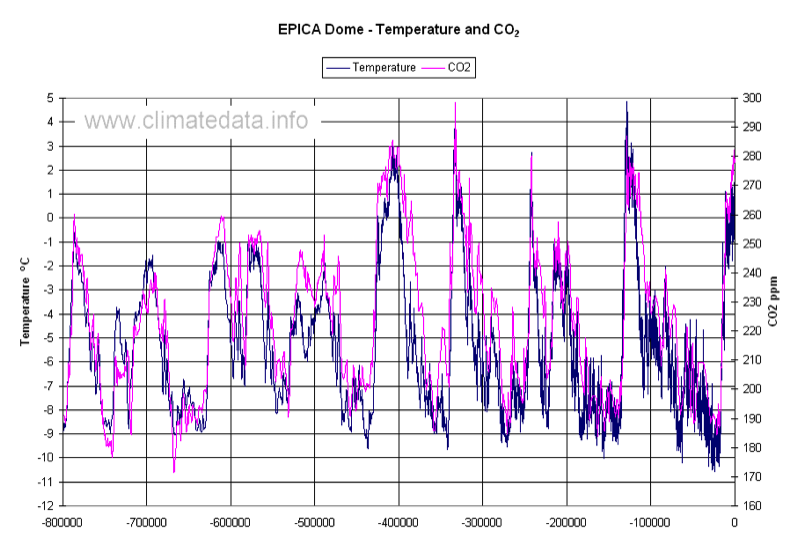 Below the extratropical cyclone Oratia in western Europe in October 2000: 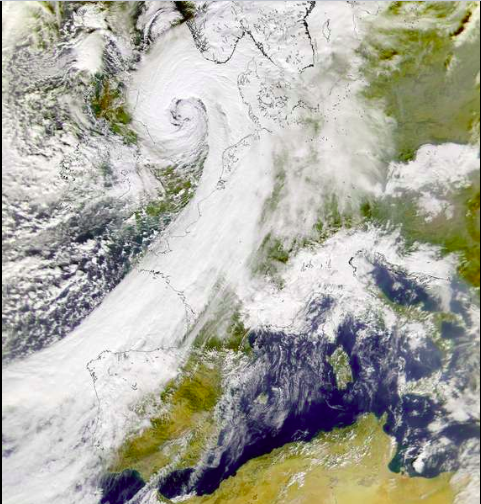 12
What is a reasonable forecast of sea level in 2100?
3
Is it possible that a reduction in vegetation is a cause of global warming?
5
Would adding sulfur dioxide to the atmosphere have a global cooling effect?
5
Is 2,000 years from now a credible figure for return to glaciation?
1
What could cause a turn from global warming to global cooling?
0
Is there any natural phenomenon that can account for the 100 fold faster CO2 rate increase?
2
Can anyone explain the reason why CO$_2$ increases global temperatures (not the simplistic greenhouse analogy provided for public consumption)?