If the Kola Superdeep Borehole were opened today, what would come out of it?

The BBC News article The Deepest Hole we have Ever dug says:

This is the Kola Superdeep Borehole, the deepest man made hole on Earth and deepest artificial point on Earth. The 40,230ft-deep (12.2km) construction is so deep that locals swear you can hear the screams of souls tortured in hell. It took the Soviets almost 20 years to drill this far, but the drill bit was still only about one-third of the way through the crust to the Earth’s mantle when the project came grinding to a halt in the chaos of post-Soviet Russia.

The first image below shows the top of the Kola Superdeep Borehole, and the caption says that it is welded shut.

Is there any way to form a reasonable hypothesis what would happen if it were opened today? Would the 12 km deep well have filled with water, or helium, or natural gas, or is it likely to be filled with air? Would it be under tremendous pressure on the other side of the bolted-down cap? 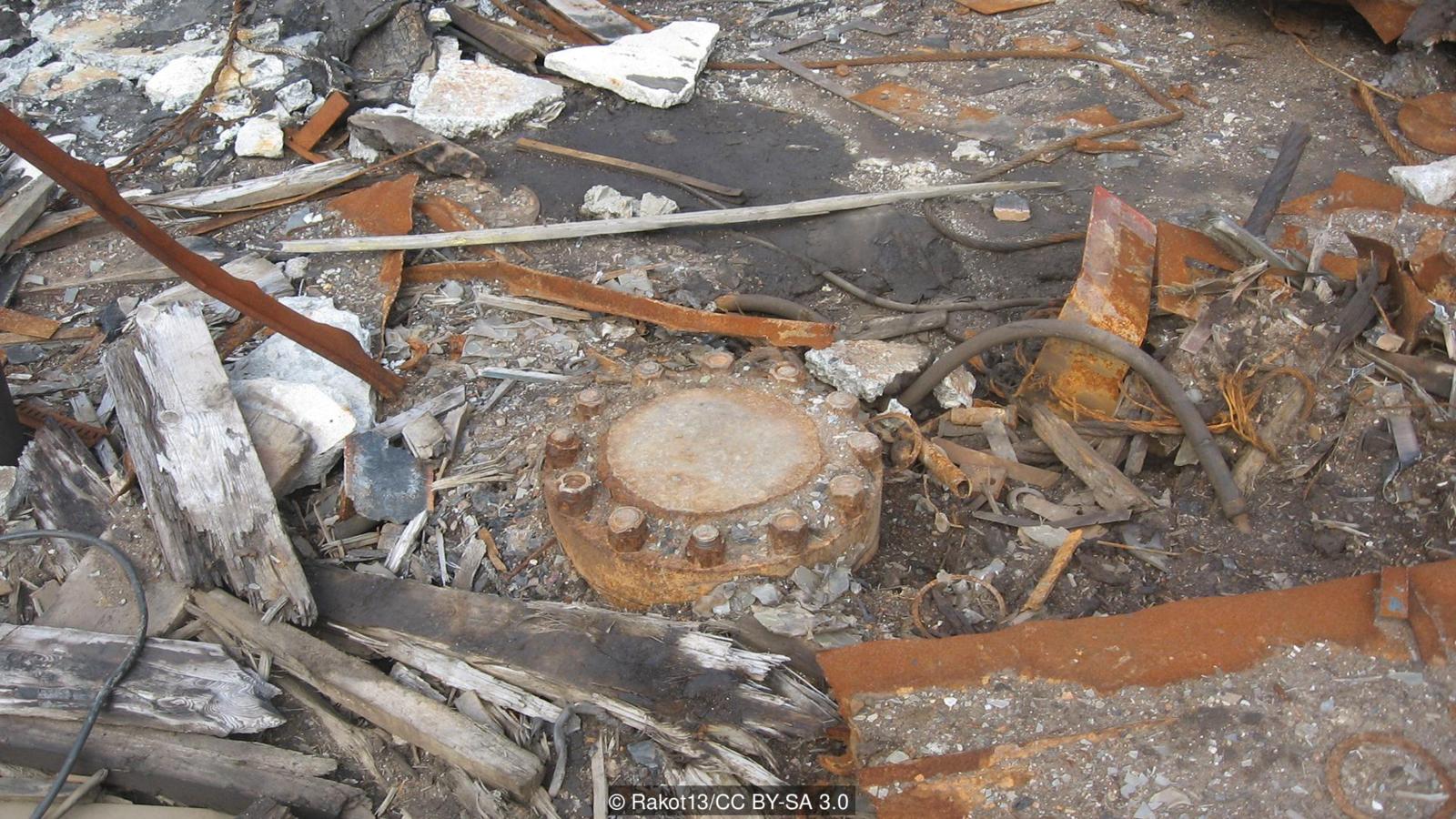 above: The borehole still exists - but the entrance has been welded shut (Credit: Rakot13/CC BY-SA 3.0), below: The borehole is located in the wilds of Russia's northern Kola Peninsula (Credit: Getty Images) 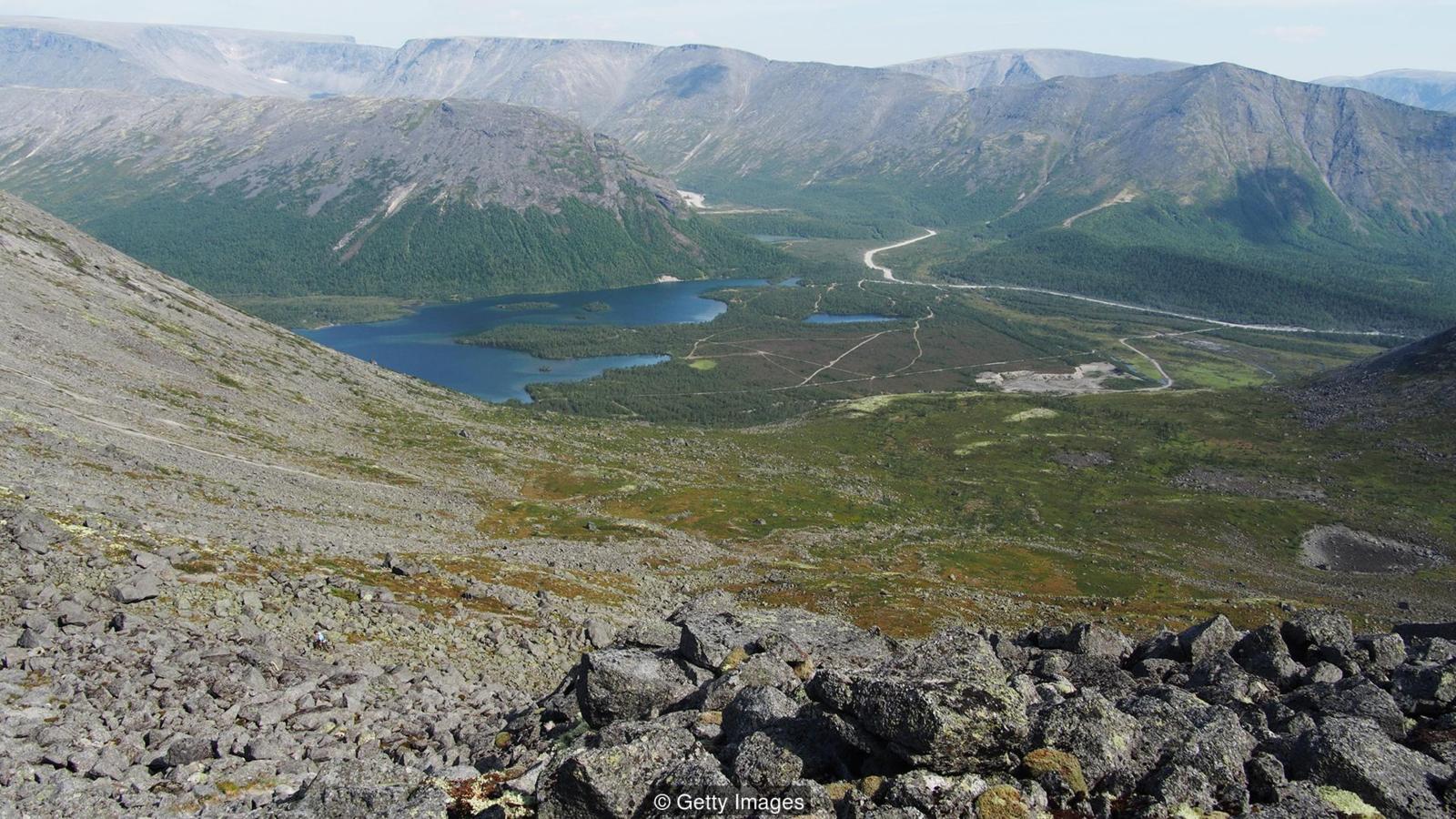 A 12km long pipe with a sealed end is not going to have its contents replaced with something else easily. You could theorise that an intrusion of gas at the bottom opening of the pipe could expel liquid by replacement - possible, but slow.

Water has likely seeped in to the point of filling the hole up to sea level along with a high concentration of mineral deposits as a suspension of solids with the 180° Celsius bottom creating a lava lamp like movement of those solids as they cool near the surface. Also assuming they left the drill and shafts inside, a whole lot of rusting metal.

During the drilling, the hole was filled with "drilling mud", which served to lubricate the bit, carry the cuttings to the surface and power the bit via a turbine.

When the well reaches a highest depth, there is a significant difference between the hydrostatic pressure of the mud column and the lithostatic pressure due to the weight of the rocks. As a result, the walls of the well can be destroyed (bend in), which leads to serious complications during drilling. In order to balance the rock pressure, there is an increase of density of the drilling mud to about 2 g per centimeter cubic.

I expect they would not have gone to the expense of pumping out the mud (if even possible) as it would result in the hole caving in.

Not the answer you're looking for? Browse other questions tagged geology crust drilling or ask your own question.

4
What's the official reason why it became so hot in the Kola borehole?
0
Can garbage be sent into the (near-)center of the world?

2
Hypothetically, what would happen to the earth if a large hole was drilled through the center?
14
If the Earth were a smooth spheroid, how deep would the ocean be?
3
What would be the correct terminology for soft cover on crust?
7
How straight is the Kola superdeep borehole?
0
If the earth were completely smooth and covered in water, what would occur with ocean waves?
4
What's the official reason why it became so hot in the Kola borehole?