What are "young thrust faults" and how does one identify them on the Moon?

The abstract of the new Nature Geoscience paper Shallow seismic activity and young thrust faults on the Moon reads:

The discovery of young thrust faults on the Moon is evidence of recent tectonic activity, but how recent is unknown. Seismometers at four Apollo landing sites recorded 28 shallow moonquakes between 1969 and 1977. Some of these shallow quakes could be associated with activity on the young faults. However, the epicentre locations of these quakes are poorly constrained. Here we present more-accurate estimates of the epicentre locations, based on an algorithm for sparse seismic networks. We found that the epicentres of eight near-surface quakes fall within 30 km of a fault scarp, the distance of the expected strong ground shaking. From an analysis of the timing of these eight events, we found that six occurred when the Moon was less than 15,000 km from the apogee distance. Analytical modelling of tidal forces that contribute to the current lunar stress state indicates that seven near-apogee events within 60 km of a fault scarp occur at or near the time of peak compressional stresses, when fault slip events are most likely. We conclude that the proximity of moonquakes to the young thrust faults together with evidence of regolith disturbance and boulder movements on and near the fault scarps strongly suggest the Moon is tectonically active.

The Nature Geoscience paper is paywalled, but there is some additional discussion in Phys.org's The moon is quaking as it shrinks

Some background on the seismometers on the Moon: 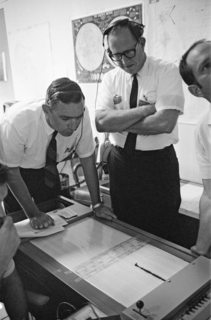 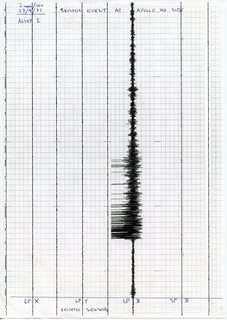 Browse other questions tagged seismology moon or ask your own question.

19
How does one measure what causes earthquakes?
5
Why does helium-3 stay in the moon and not escape from it?
12
Does the gravitational pull of the moon affect the composition of Earth's atmosphere?
4
How often does the moon "set" for us compared to the sun?
0
What model best describes the alignment of the Sun and Moon during a lunar eclipse?
2
Why are there craters on the moon?
1
How is it possible that only the bottom half of the moon was showing?
22
Why were both the sun and the moon red today?
8
How come the tide is low when the moon is high in the sky
5
How much energy does the Moon transfer to the Earth, does this affect the Earth's surface temperature?