What could cause a turn from global warming to global cooling?

Except a hypothesized orbital forcing! Ice cores shows that there are several irregular sharp temperature peaks in between of the big 100,000 years glaciations. What could cause those peaks?

Almost all energy excess is stored in the oceans and common sense says that there have to be a threshold for how much energy the oceans can take up without drastically changing the climate. There are two possibilities: either there is a turn to cooling down the oceans or there isn't.

Could the energy from the oceans take over the climate system totally for a time long enough to be cooled down? Could the energy from the oceans, if big enough cause global storms independent of the insolation? Convective clouds transport warm vapor high up in troposphere where condensation release an enormous amount of energy - mostly as heat energy that spreads from there. Could a global cover of convective clouds be maintained entirely by the ocean heat content, if big enough? 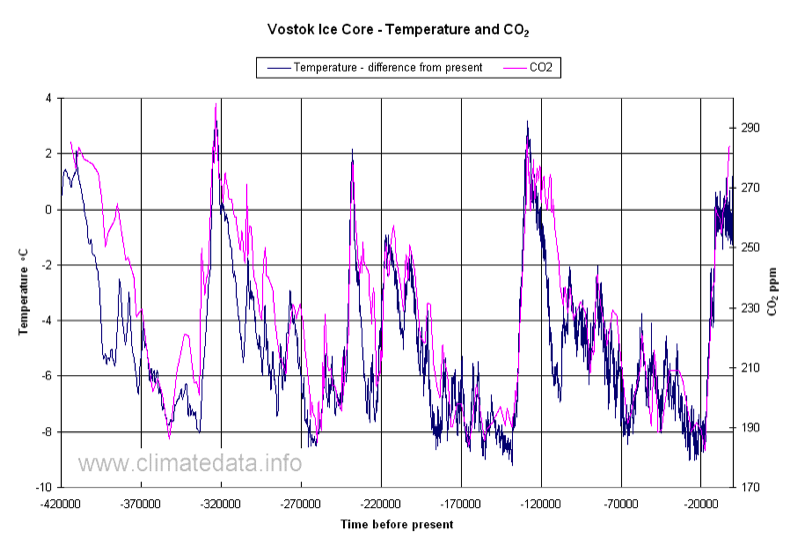 In the diagram, there is a well defined peek about 50,000 years ago, for example. Sudden up and sudden down. Increased insolation (or something else) caused a sudden warming, that "immediately" turned back. Could it have been caused by a long time of storms and convection?

"Variations in eccentricity, axial tilt, and precession of the Earth's orbit resulted in cyclical variation in the solar radiation reaching the Earth, and that this orbital forcing strongly influenced climatic patterns on Earth."

At this graph you can see eccentricity explains major Oxygen $δ18$ variations at Pleistocene oceans. $δ18$ is a known proxy for temperature. 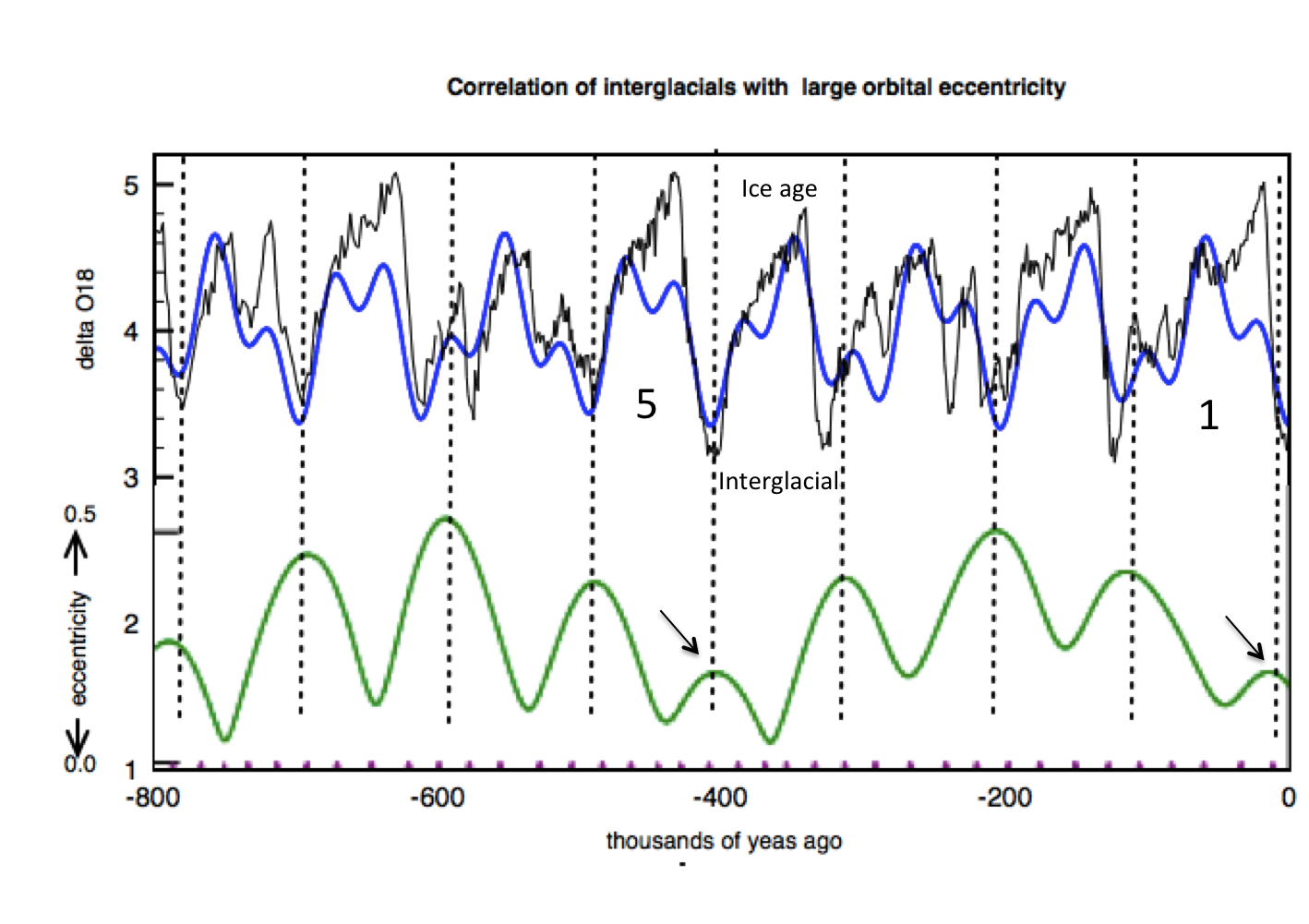 The minor peaks are Earth's internal forces reaction to changes on solar radiation. Earth has subsystems that store and interchange the energy received from the Sun, resulting oscillatory climate tendencies.

Aswell as the atmospere and the hydrosphere, cryosphere has internal forces as a subsystem; and oscillatory events (development of ice-break of ice). One example of punctual changes due to cryosphere internal forces dynamics are Heinrich Events, that can influence climate at minor scale than eccentricity does and be correlated with some of the peaks your graph shows.

The abrupt rise then slower decay argues for some sort of tipping point event. While the Milhankovich cycles may be the driving force, they are to first approximation sinusoidal.

One candidate for this could be a methane pulse. E.g. you get warm enough to thaw the arctic permafrost, and while the heat seeps in you get a continuous source of methane. If ocean temps get warm enough clathrate methane is released. This is happening off of the north Siberian coast now. Magnitude of this is up in the air, but the potential for gigatons is there.

I don't think that methane by itself has a long enough residence time, but once past a threshold, it may trigger further releases in a rapid positive feedback loop.

So the Milhankovich cycle warms the arctic a bit. Passes a tipping point, methane is released starting a feedback loop releasing more and more methane, warming the earth rapidly by 10 degrees. Methane release tapers off as the heat has to soak in deeper and deeper to be effective at further releases.

If you wanted to check this, check the phase of the Milhankovich forcing to the temperature. This notion is more plausible if there is substantial forcing for the northern hemisphere before the temperature spike occurs.

Not the answer you're looking for? Browse other questions tagged climate-change oceanography glaciation convection or ask your own question.

11
What would happen if we could revert $\mathrm{CO}_2$ production but took it too far?
8
Any historical examples of destructive climate warming?
4
Cooling film area to undo global warming
3
What evidence is backing the claim that the CO₂ we're releasing in the atmosphere is the main cause of climate change?
3
Do man-made machines take natural Nitrogen out of the atmosphere and in turn cause global warming?
0
Can aerostats be used for fine-grained control of the weather