Do earthquakes produce folds on rocks? 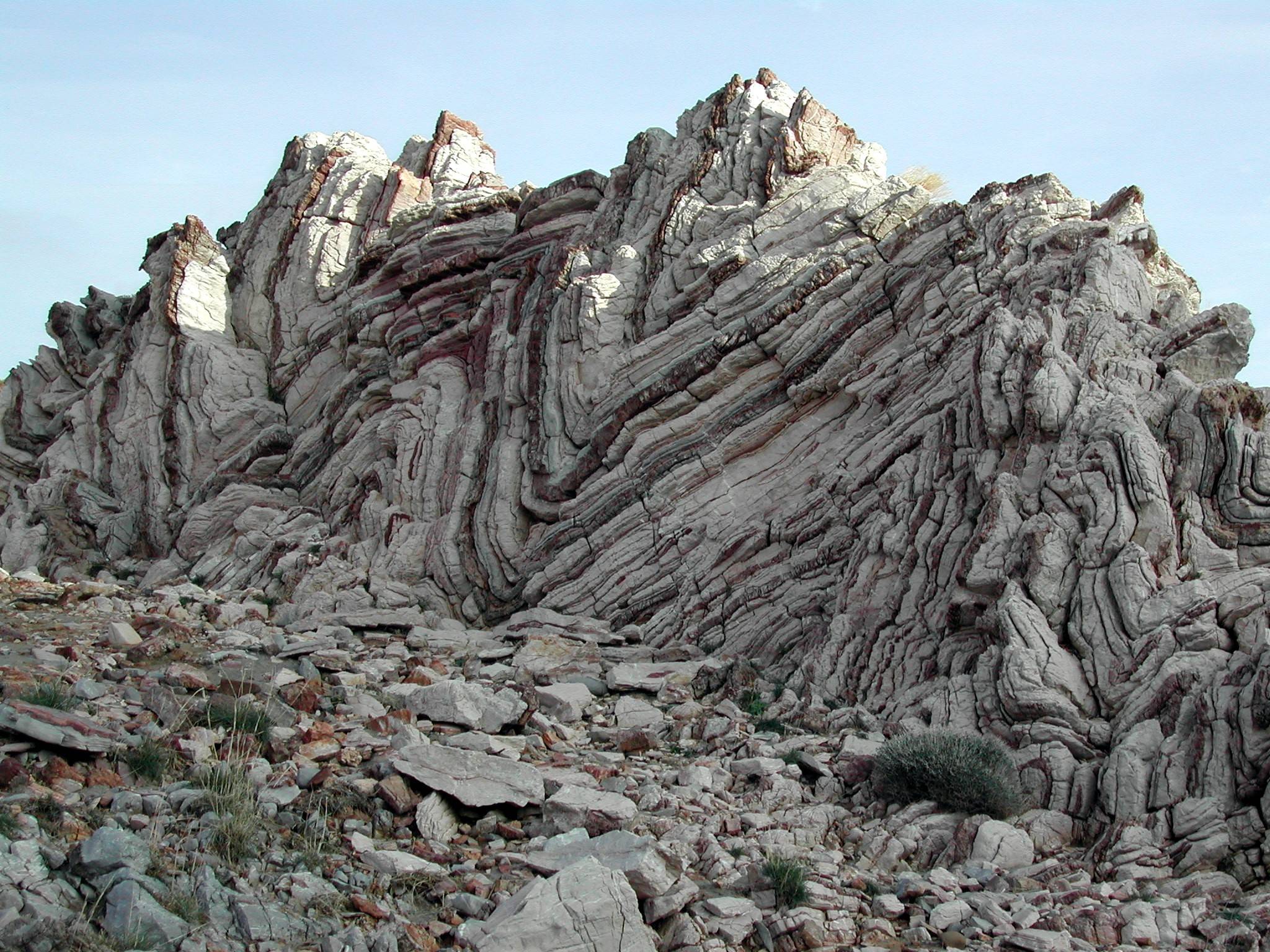 Folds in alternating layers of limestone and chert in Crete, Greece.

Are earthquakes the main mechanism producing the folds?

If so, have ever geologists observed the development of a fold after an earthquake?

No, earthquakes are sudden, often very energetic events which produce faults and discontinuities. There is a sharp break in the strata when subjected to a powerful earthquake. The folding of strata is a much more gradual process, where rock deep underground is subjected to enormous lateral pressure over millions of years. This pressure is caused by plate movements (continental drift). Earthquakes have a variety of causes, but the most violent ones are also caused by continental drift as one plate slides past another along a fault line. The San Andreas Fault in California is an example of this. One of the plates is moving, but friction holds it in place for a while, sometimes for many years. Pressure builds up until suddenly the friction force holding it in place gives way, and there is an earthquake as the moving plate slips forward for a few metres. For these reasons, geologists have never seen a newly created fold after an earthquake. It is impossible for one to form in so short a time.

21
Is fracking likely to produce earthquakes?
5
Are there more earthquakes near the equator or poles?
21
What caused the bend in the Emperor/Hawaii chain of islands, 45 million years ago?
4
Relationship between tides and earthquakes
9
Earthquakes at plate boundaries
7
How do they know the 2016 Kaikoura (NZ) Earthquake was 'complex', involved six different faults?
0
Earthquakes PGA/PGV in time?
5
Megathrust earthquakes on subduction zones
4
Are Indonesian 2018 earthquakes related?