How to determine the orientation of coastline from NetCDF file

I have a NetCDF file (gridded data) with a landsea mask. I would like to determine, for the coastal grid-cells, what the orientation of the coastline is. I need to do this in order to calculate the angle between incident wind direction and the coastline at each coastal grid cell.

For example, if at a certain location the coastline is zonal (east to west) and the land is to the south, and the sea to the north, the orientation would be 0°: 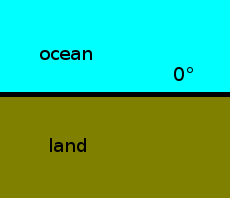 If the coast is zonal but the position of land and ocean are inverted, the orientation of the coast would be 180°. 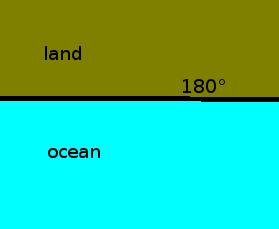 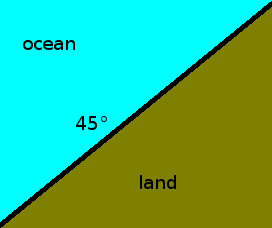 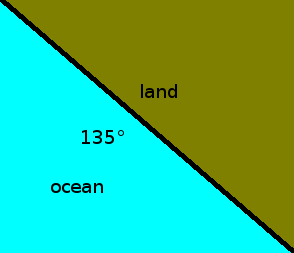 Any suggestions on how to get this information from the landsea mask grid?

It should be noted that NetCDF data just describes the format that the data is in. One dataset that I know of (IBTrACS) contains data that is not gridded data, and also contains a landmask. But this is besides your question.

To rephrase your question: How can I determine the orientation of the coastline in a gridded dataset?

7
How to read a NetCDF4 file in Matlab?
2
How to prepare GrADS's .ctl file to convert grd file into .nc file in batch mode?
3
Adding time dimension and corresponding new variable to a netcdf file
5
Python - How to write interpolated raster to netcdf file
1
Guessing region of the world from coastline / border shape: geographic insights for Worldle game