Unlike most hurricanes that affect the eastern and central U.S. Barry did not form in the Atlantic. Instead it formed apparently from a low that veered into the Gulf of Mexico from the continental U.S. This graphic shows the historical track of Barry: 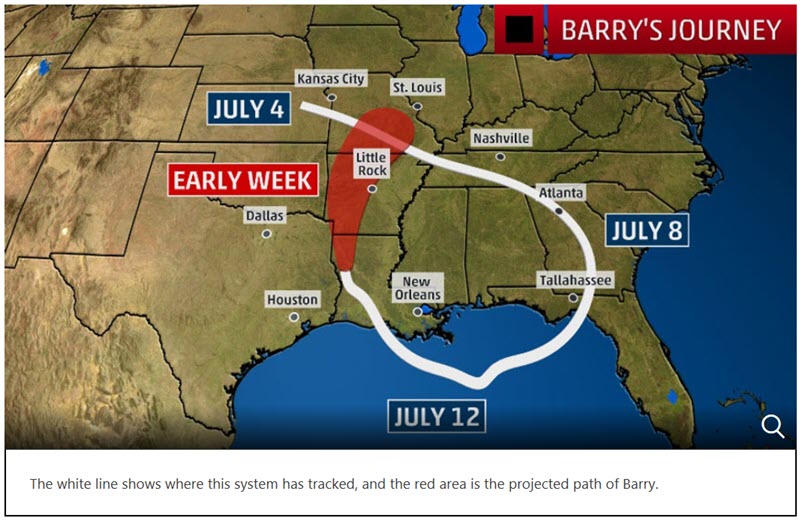 (I'm sorry, but I don't remember where I captured this image from.)

Once in the gulf, it picked up moisture and energy from the warm gulf waters and eventually became a hurricane, looped back around and appears to be headed back across its former track.

This image from the National Hurricane Center 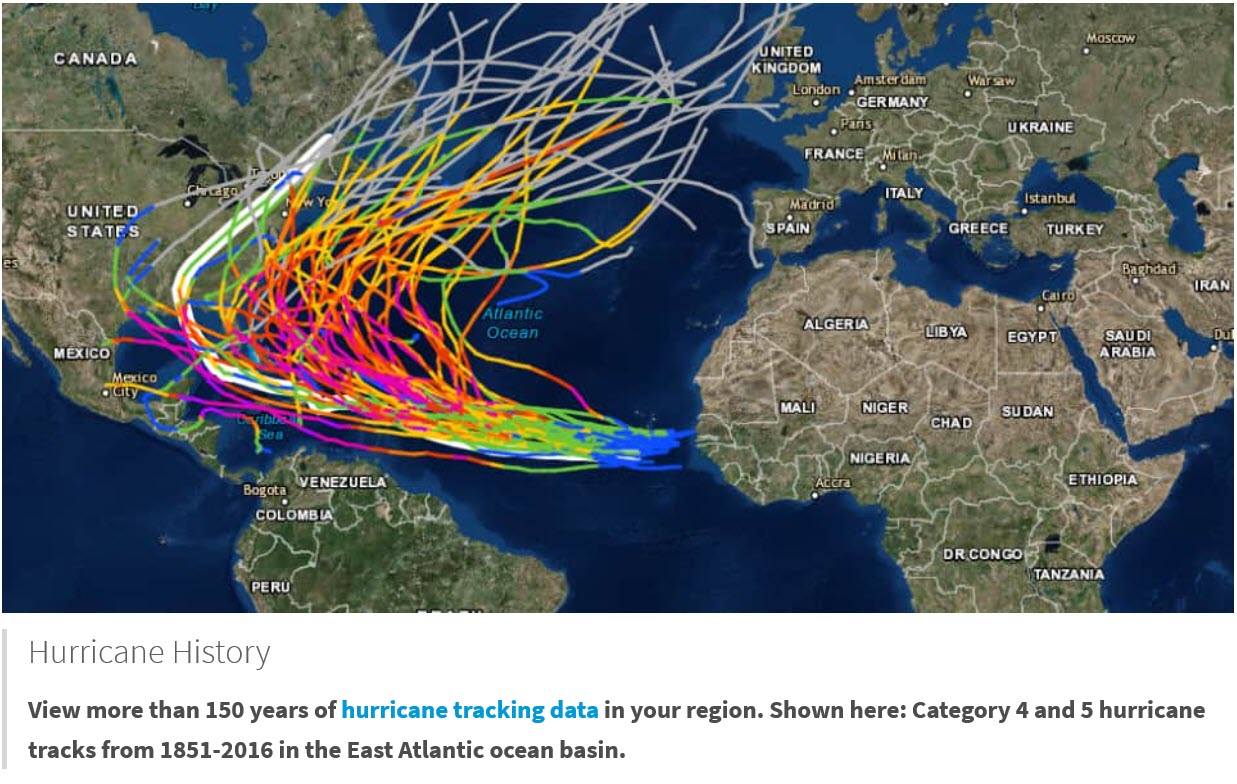 shows the storm tracks from 1851 to 2016. While it's hard tell from all the lines, no hurricanes appear to have formed from an air mass originating in the continental U.S.

So just how rare was Barry? It seems to have been extremely rare.

Browse other questions tagged tropical-cyclone or ask your own question.

7
The spiraling cyclone track - Cyclone Nathan
10
Have two hurricanes ever merged? And what was the result?
4
When did people first realize that hurricanes are a particular type of storm system?
97
How can a storm drop 40 inches (1 metre) of rain?
4
What was the storm surge height from Hurricane Harvey?
4
How did a tropical storm starting with “D” end up next to a typhoon starting with “T”?
9
Has a hurricane or cyclone ever reformed after passing over a large land mass?