Fossil in Chert pebble picked up on a Kent beach 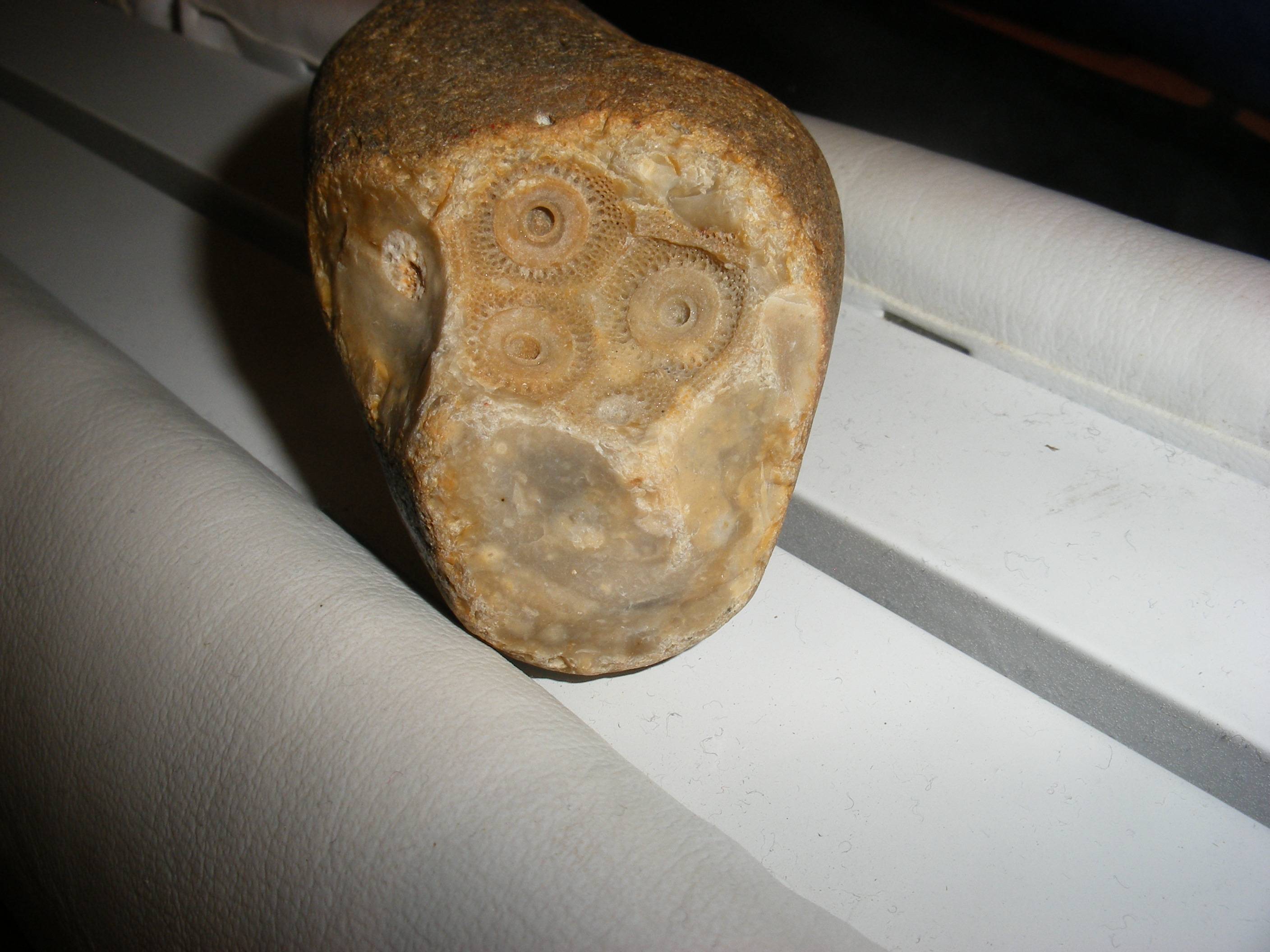 Please identify the fossil in the picture below. size of pebble is around 40mm diameter and the pebble had been broken to reveal the internal structure.

It a sea urchin fragment, or at least a natural mold of them. They have both the rings and the angliar joints. It is not uncommon for them to break up into clusters of those plates. 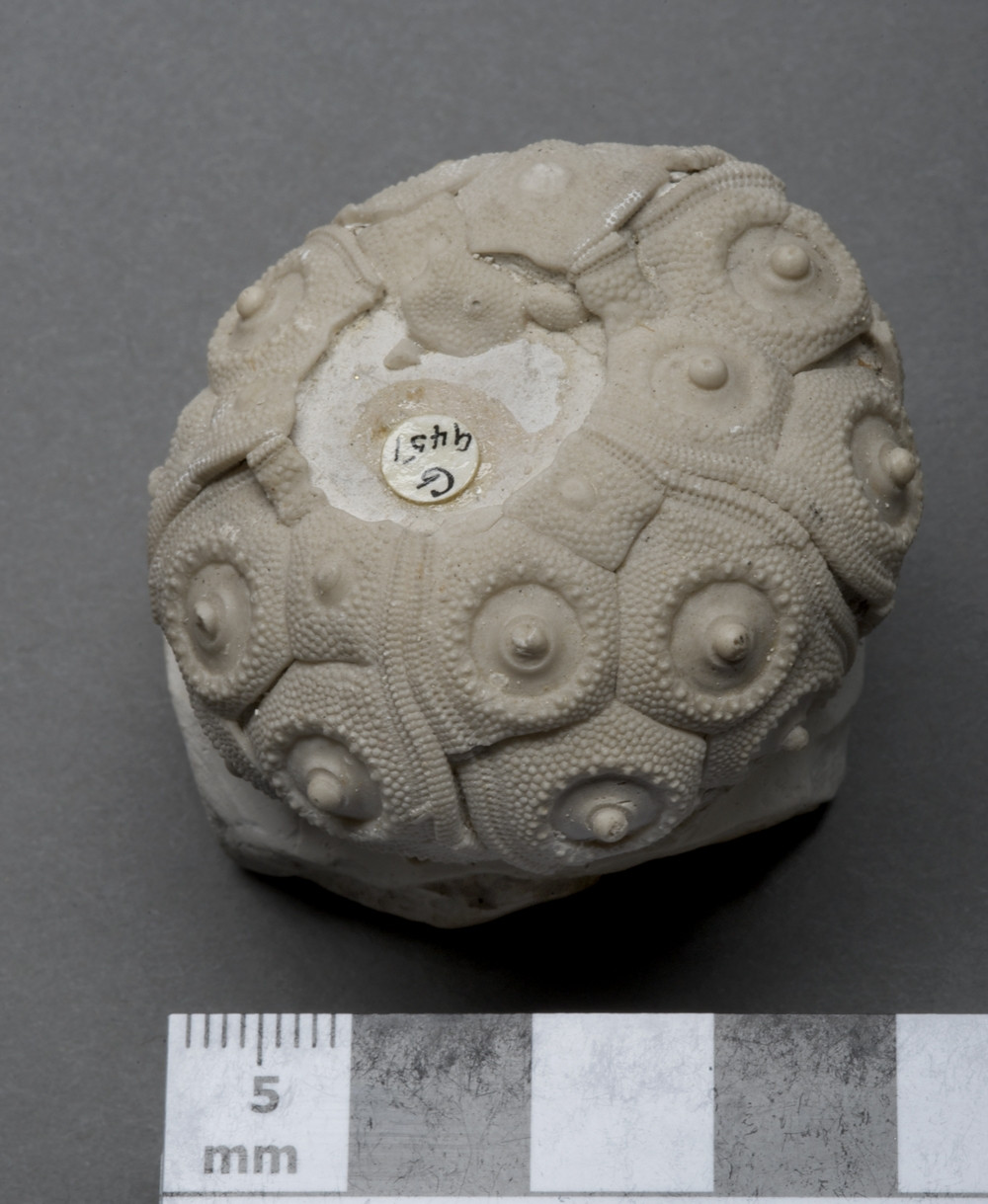 These are fossilised crinoid discs. Crinoids are also known as sea lilies because of their plant-like appearance, but in fact they are animals related to starfish and sea urchins. There were many species, some modern representatives of which are still alive today. They had a long stem composed of stacked discs and topped by a flower-like bunch of feathery tentacles which filtered particles of food from the passing currents. The stem was anchored at the base to rocks on the sea floor. When they died, the stem tended to disintegrate into separate discs, and your specimen shows three or possibly four of them. They probably date from the Cretaceous. Chert, also known as flint, is a deposit of silicon dioxide which forms nodules in chalk sediments as they solidify.

7
Life on Earth previous to us
4
Fossil or Beef Limestone?
6
Fossil or Pseudofossil?
1
Who can it belong to? fossil tooth
2
How quickly can coral fossilize?
1
What is this (possible) fossil from the triassic/jurassic boundary?