How to draw a strike and dip on a geologic map? 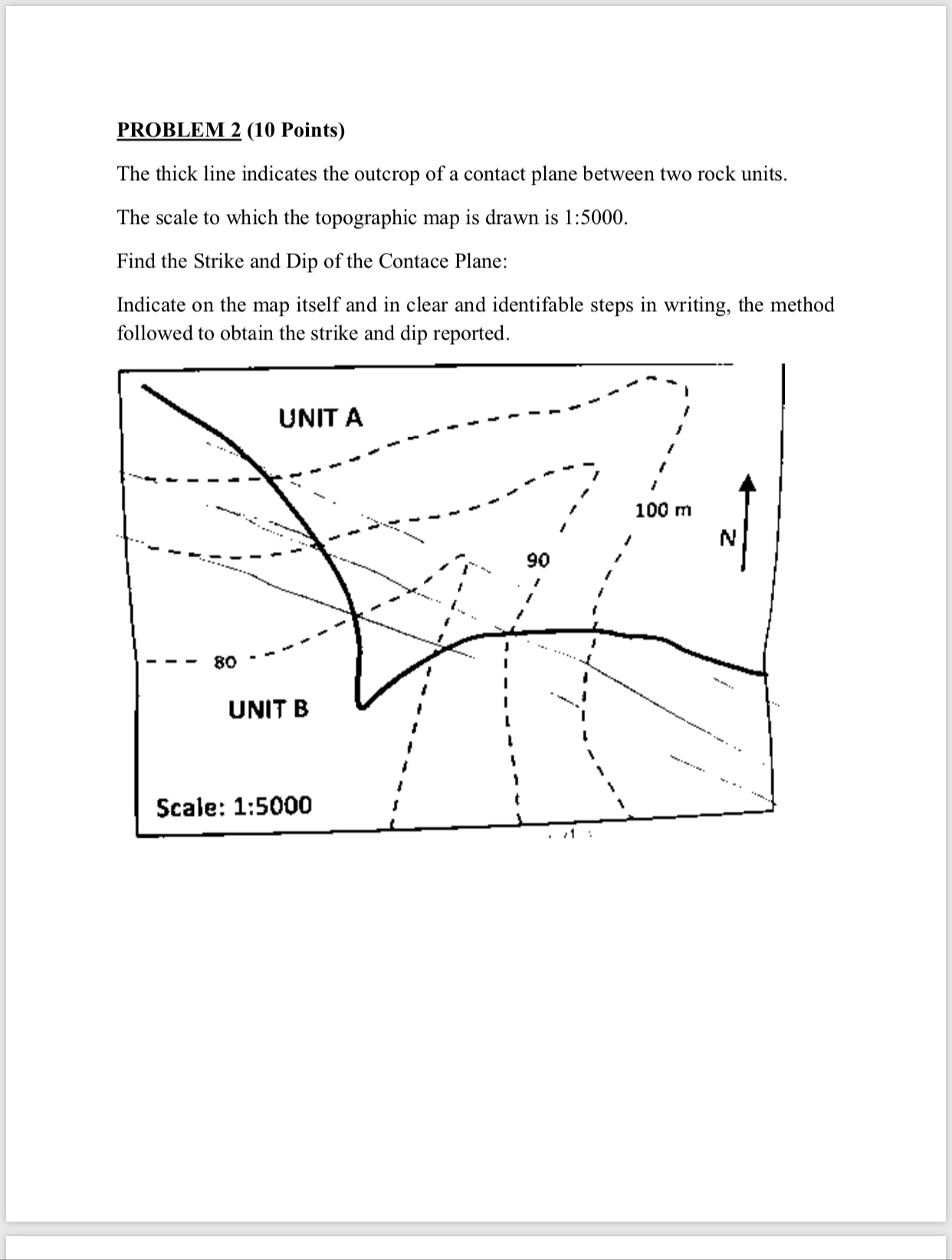 I know that Strike and dip refer to the orientation or attitude of a geologic feature. The strike line of a bed, fault, or other planar feature, is a line representing the intersection of that feature with a horizontal plane. On a geologic map, this is represented with a short straight line segment oriented parallel to the strike line. The dip gives the steepest angle of descent of a tilted bed or feature relative to a horizontal plane, and is given by the number (0°-90°) as well as a letter (N,S,E,W) with rough direction in which the bed is dipping downwards. However, I am completely clueless about how to solve it on a geologic map as in the example given above

Browse other questions tagged homework or ask your own question.

4
How and why humidity and vapour pressure change as a parcel of air with an unchanging amount of water vapor rises, expands, and cools
6
Maps and Faults
6
Take all the CO2 in the atmosphere and put it into a layer on the surface of earth, how thick would the layer be?
3
How to graph gravity as a function of depth, given radius and density?
1
How do I find the temperature of the air mass, and how do I use a t-skew chart?