Where are the magnetopheres weak points on Earth?

The picture below shows how a magnetosphere has defined points on the solid magnet and on the moon where cosmic radiation has a window, gap, or focal point. I'm not sure what to call these areas?

Where on Earth are these areas? Is there a map where the magnetosphere or local natural magnetic fields has this same effect? 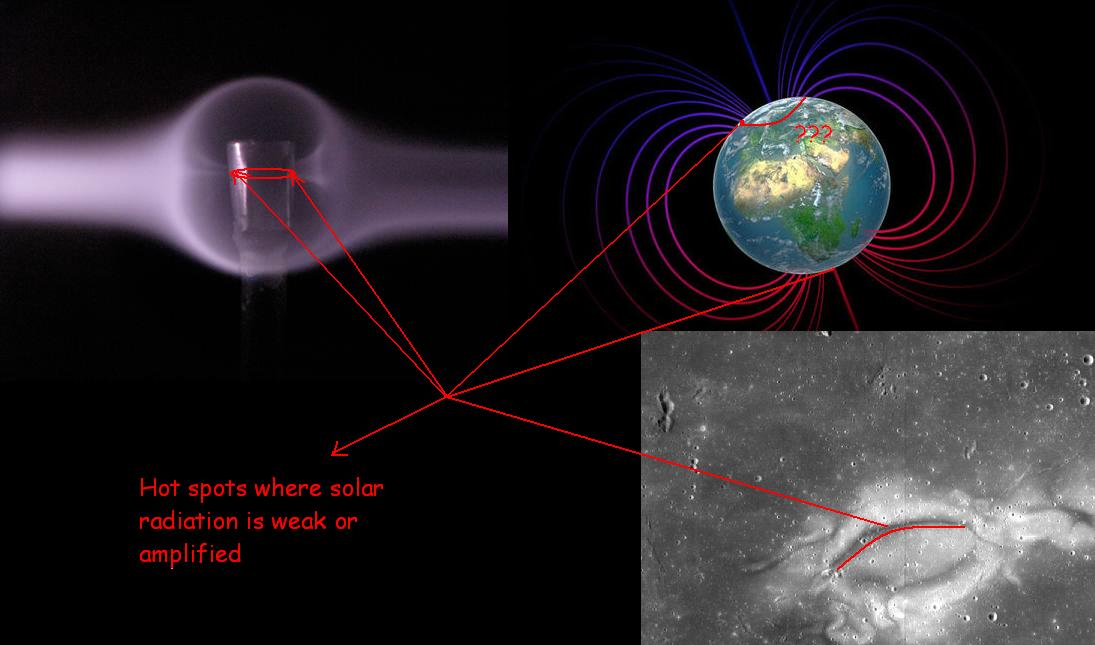 The region where the Earth's internal magnetic field is weakest is known as the South Atlantic Anomaly (SAA). In this region at Earth's surface, the field is approximately one third the strength of the region of maximum strength (near the North and South magnetic dip poles), so roughly 20,000nanoTesla versus 60,000nanoTesla.

The weaker field seen at Earth's surface is caused by opposite polarity field at the surface of Earth's outer core (inwards instead of outwards like in the rest of the Southern hemisphere). It allows the radiation belts closer to Earth's surface, and allows charged particles to penetrate lower into Earth's atmosphere, increasing the risk to satellites flying through the region. 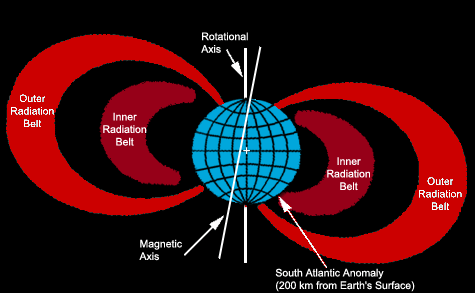 Source: USRA The weaker region of field over the SAA allows the radiation belts closer to the surface, so increases the occurrence of electrical upsets (yellow dots in the image) on satellites flying through the region, here the TOPEX/Poseidon satellite. The contours are magnetic field intensity in nanoTesla.

Not the answer you're looking for? Browse other questions tagged mapping magnetosphere or ask your own question.