What is the chasm in the Arctic on Google satellite map?

In the image below, taken from Google Maps satellite view, between Svalbard and Greenland there is what looks like a massive crevasse, chasm, crack, &c.

What is it? Should I be worried? 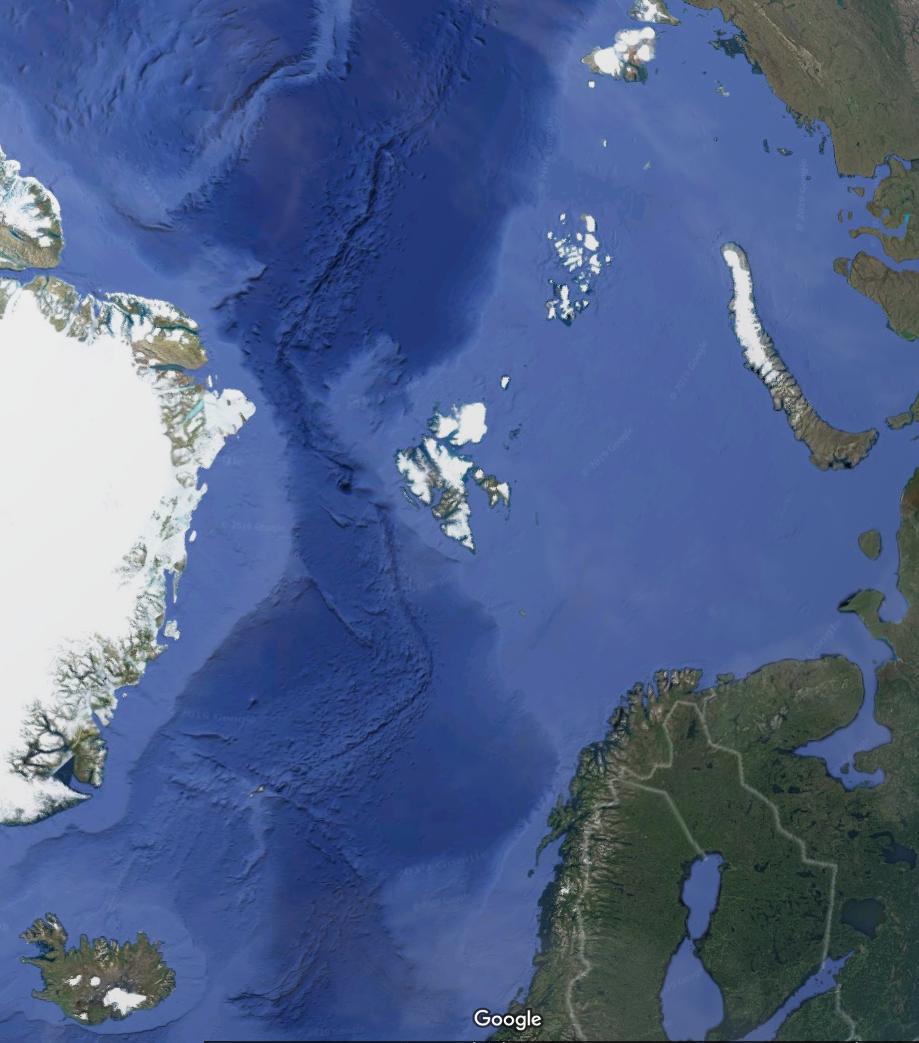 You probably realise this, but you're not seeing that directly from satellite photos. Google Earth (or the "satellite" view in Google Maps) shows direct imagery on land, but underwater it shows a hillshaded view of bathymetry. So you're looking at the shape of the seabed.

With that said, I think this is the nothernmost part of the Mid-Atlantic Ridge, possibly the part known as the "Mohns Ridge". You'll see a similar line, coming and going, all the way from here down to the middle of the South Atlantic. There's a deep valley with mountains on either side. It's the boundary between two tectonic plates, where new seabed is slowly created as the Atlantic widens.

No, you should not be worried about it :-)

Not the answer you're looking for? Browse other questions tagged mapping arctic or ask your own question.

7
What is the geochemical source for the helium detected in deep Arctic explosive eruptions?
5
What is the tectonic explanation for parallel ridges in the Arctic Ocean?
3
Software to draw maps based on Earth
7
What are these clearings in Amazon rainforest?
6
Has Antarctica's coastline been completely mapped? (map discrepancies)
0
What is the best way to split strike and dip data on the image provided into "domains" in order to interpret folding on a stereonet?
6
Is there a global map of wind design loads or wind gust climatology?