Is it normal for a cyclonic storm to form at the latitude of New York, USA?

I am following climate activist Greta Thunberg's sail to N America from Europe on https://tracker.borisherrmannracing.com/. The model shows a cyclonic storm forming south of Nova Scotia, east of New York on August 26, 2019. The same thing can be seen on https://earth.nullschool.net/. I wasn't aware that this type of storm formed so far north and am wondering why this storm is forming and if this is a rare occurrence that may be related to climate change. 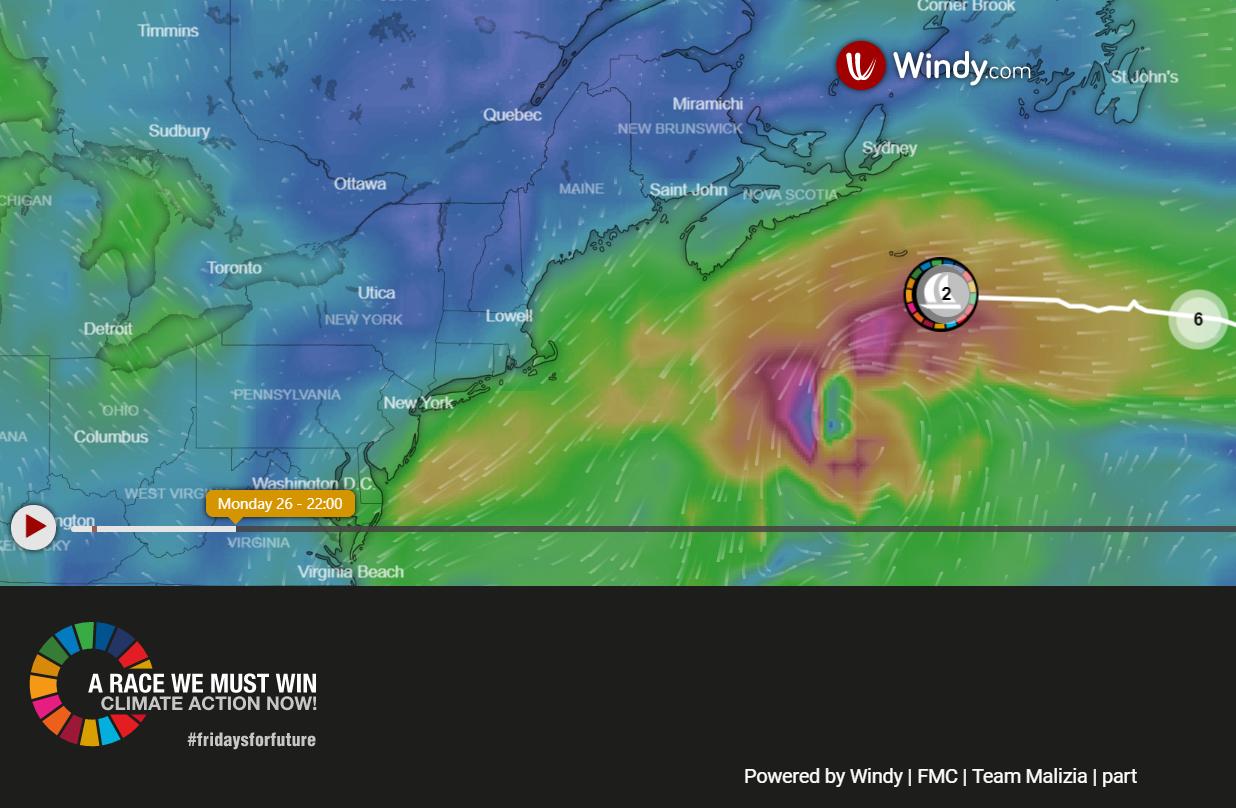 Edit to add: Here is the model of air temperature. It appears to me that the storm forms at the interface between cool air from the north and warm air from the south and that the core is warm, but perhaps someone with more expertise can weigh in. 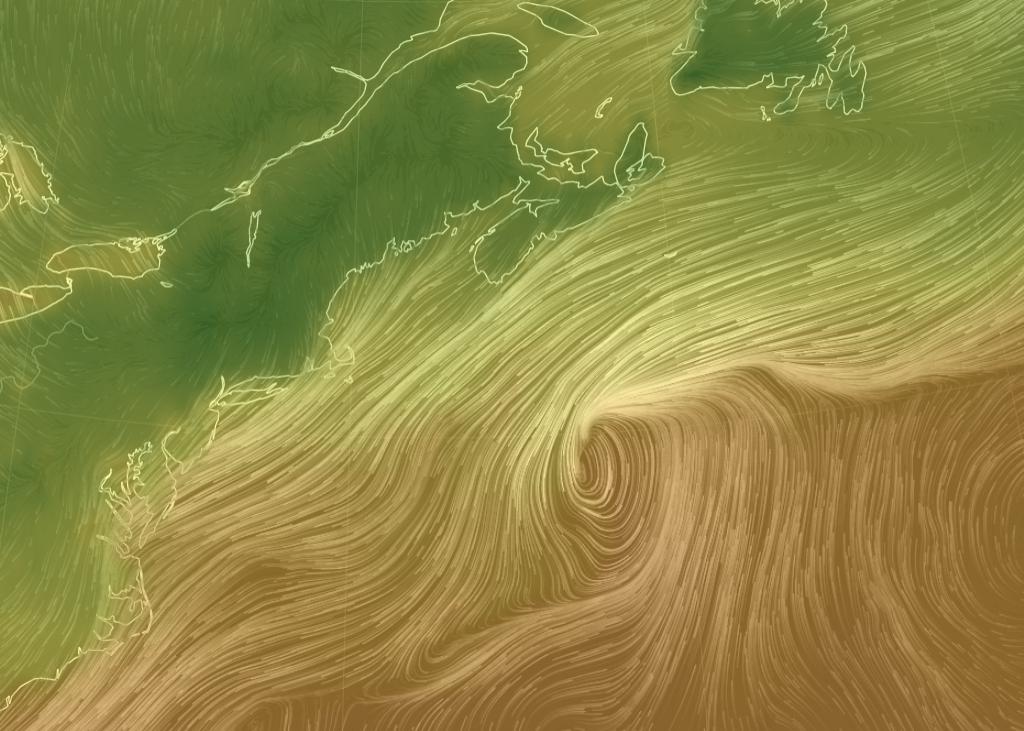 A cyclone is nothing more than a low-pressure system. It can surely form in the North Atlantic; in fact, most low-pressure systems that reach Europe form in the North Atlantic. You are probably thinking about a tropical cyclone, which indeed cannot form that far north. Among others, a tropical cyclone needs high sea temperatures (>27 C), which are usually not present at such high latitudes.

About the present cyclone south of Nova Scotia: I think it is a cold core cyclone, as 500 hPa temperature are lower than in surroundings (which is e.g. not the case for tropical storm Dorian, which is currently east from the Lesser Antilles). Therefore, it's not a tropical cyclone but an ordinary extra-tropical cyclone, which can perfectly form at those latitudes.

No, it's not normal. Hurricanes and typhoons require sun-warmed seas like the Caribbean or Gulf of Mexico to form, because that's where they get their energy from. When meteorologists talk of cyclones and anticyclones, they are talking about high pressure or low pressure weather systems, not hurricanes and typhoons. Storms can form that far north, but probably not hurricanes, typhoons or cyclones, which are just different names for the same thing. When referring to the mega-storms which devastate tropical and subtropical islands, the terms hurricane (Atlantic) or typhoon (Pacific) are usually used. I don't think the weather system featured in your diagram was a hurricane.

Not the answer you're looking for? Browse other questions tagged meteorology climate-change tropical-cyclone or ask your own question.

5
What is the largest hurricane possible?

11
What causes the 'calm before the storm'?
3
Is it possible to have a busier tropical storm season in the eastern Pacific basin than in the western Pacific basin?
1
When there is snow on the ground, can a hurricane still form?
4
What was the storm surge height from Hurricane Harvey?
3
Why exactly did the use of Greek letters as names for Hurricanes happen the first place, despite the fairly obvious and predictable impracticalities?
4
Does storm seasonality vary with latitude?
1
Hourly historical weather data for USA