Marks on boulders of volcanic origin

I am working in a catchment in the southern Ecuadorian Andes, about 3700 m.a.sl. Rock outcrops at the upper part of the catchment, as massive blocks varying their size from one meter up to five meters, as shown in the first picture. Based on my limited knowledge of geology I would say that the rocks are of volcanic nature, probably andesite/rhyolite, very massive, dark in color with visible white crystals (Picture 2). I noticed that a lot of the rocks, present scars/marks on their surface (Picture 3) and I would like to now their possible origins.

These areas are suspected that were covered by glaciers during the last glaciation. The catchment is located close to the rim of an old caldera. 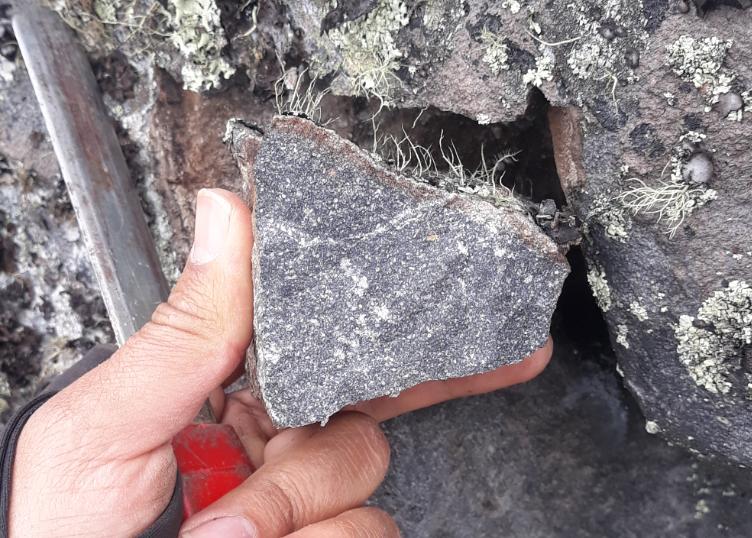 The rocks are undoubtedly of volcanic origin, and I would attribute the marks on their surfaces to shrinkage while their interiors were still in a semi-molten condition but rapidly cooling. The white crystals are probably quartz.

20
What is the origin of the Montmartre mountain in Paris?
21
What is the origin of the ocean's salt?
9
Impact craters vs volcanic explosions on Mars
9
What do you call boulders of non sedimentary rock that were lithified into sandstone?
4
Any idea what are these circular rock marks?
4
Subrelluric forces in a volcanic eruption
11
Origin of Andaman and Nicobar islands