How did this hole / hollow form within this rock? 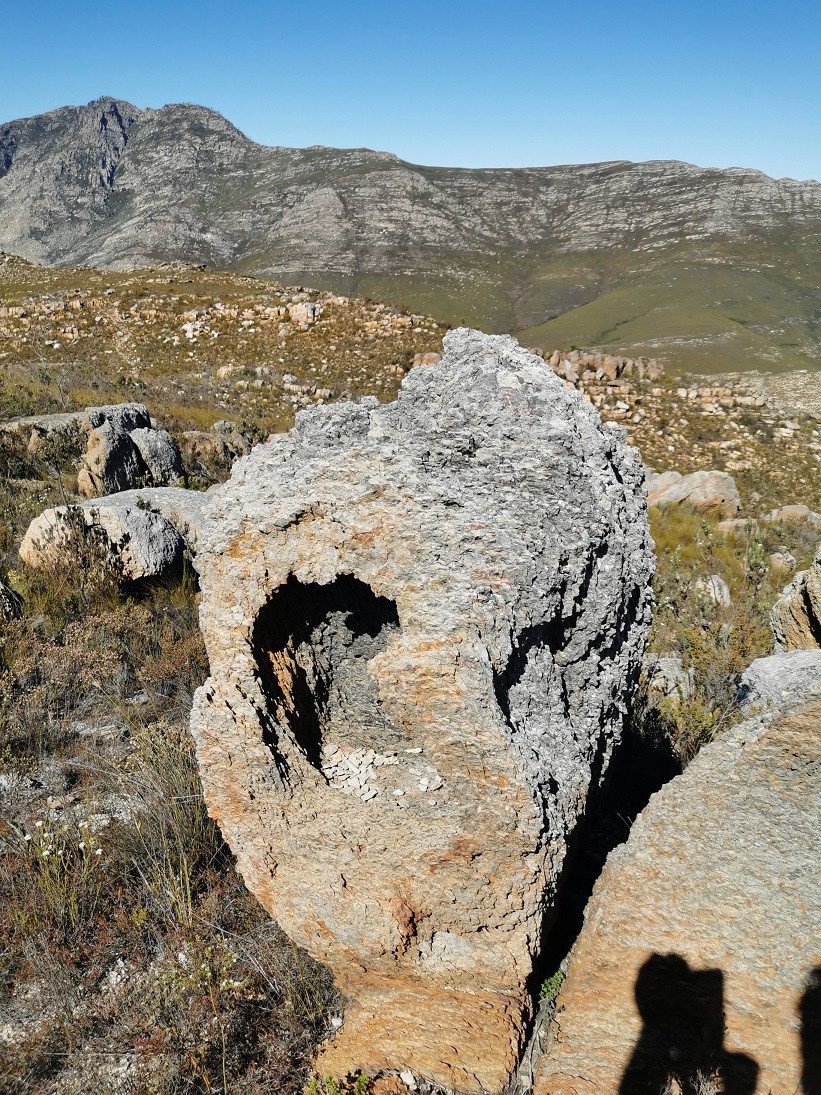 Can you assist me in understanding how this hollow was formed in this rock. I am told that it has to do with cementation but I believe that geological process produces rounded canonball ( sometimes ) like stones. Is this some sort of hollow ( or reverse ) cementation ? I have also been informed that it was likely formed beneath the surface when the sandstone was forming into rock and it is a completely distinct process from that which the rock has since undergone when it has been exposed to weathering on the surface. 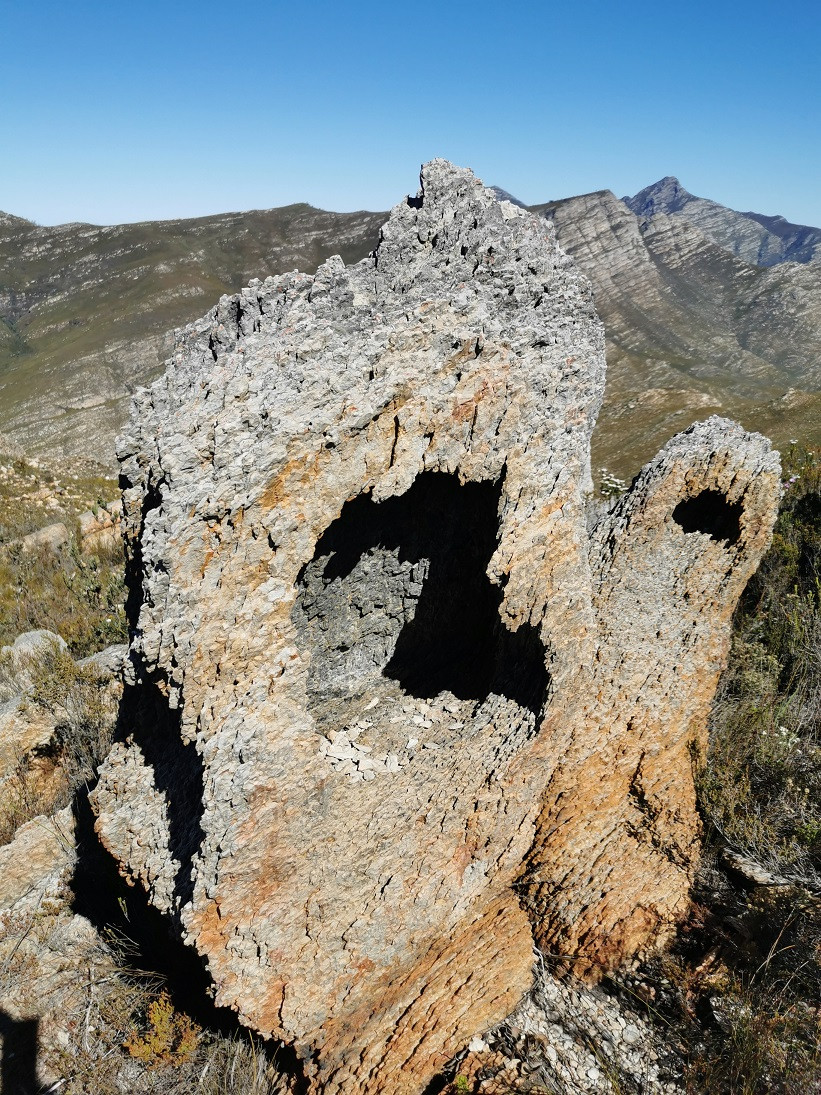 It looks to me that there were voids in this rock when it was formed, caused by gas bubbles These voids might have become filled with sand or other friable material. Weathering eroded the side of the hollow, enlarging it and allowing any finely divided material inside it to trickle out. You should have included something to show scale, but my impression is that your rocks are about six feet tall and not very solid, therefore easily eroded. The round stones you refer to are geodes, which are hollow and usually encrusted in the inside with quartz crystals. In some parts of England they are referred to as 'potato stones', which gives you an idea of what they look like. Some recent posts on this site give you photos of them.

10
Sediment layer chronology
18
What is the difference between eluvium and alluvium?
10
What is the white coating "patina" we often see on deposited chalcedony/agate?
3
How did this stone become encased within different rock?
12
How plausible is it that "a portion of the ocean's floor" could suddenly be "thrown up to the surface" as described in this Lovecraft story?