Were there times during human inhabitated Earth were Earth average temperature was hotter than today?

Earth's temperature in the past 18,000 years

That graphic isn't sourced, but it appears to refer to the Mid-Holocene Warm Period, roughly 7,000 to 5,000 years ago.

According to NOAA and other sources, the warming of the Mid-Holocene Warm Period was limited to part of the Northern Hemisphere; some regions would have been warmer than today, but not the globe:

It appears clear that changes in Earth's orbit have operated slowly over thousands and millions of years to change the amount of solar radiation reaching each latitudinal band of Earth during each month. These orbital changes can be easily calculated and predict that the Northern Hemisphere should have been warmer than today during the mid-Holocene in the summer and colder in the winter.

This graphic from the NOAA page cited above shows the estimated mid-Holocene temperature anomalies (variation from mean). 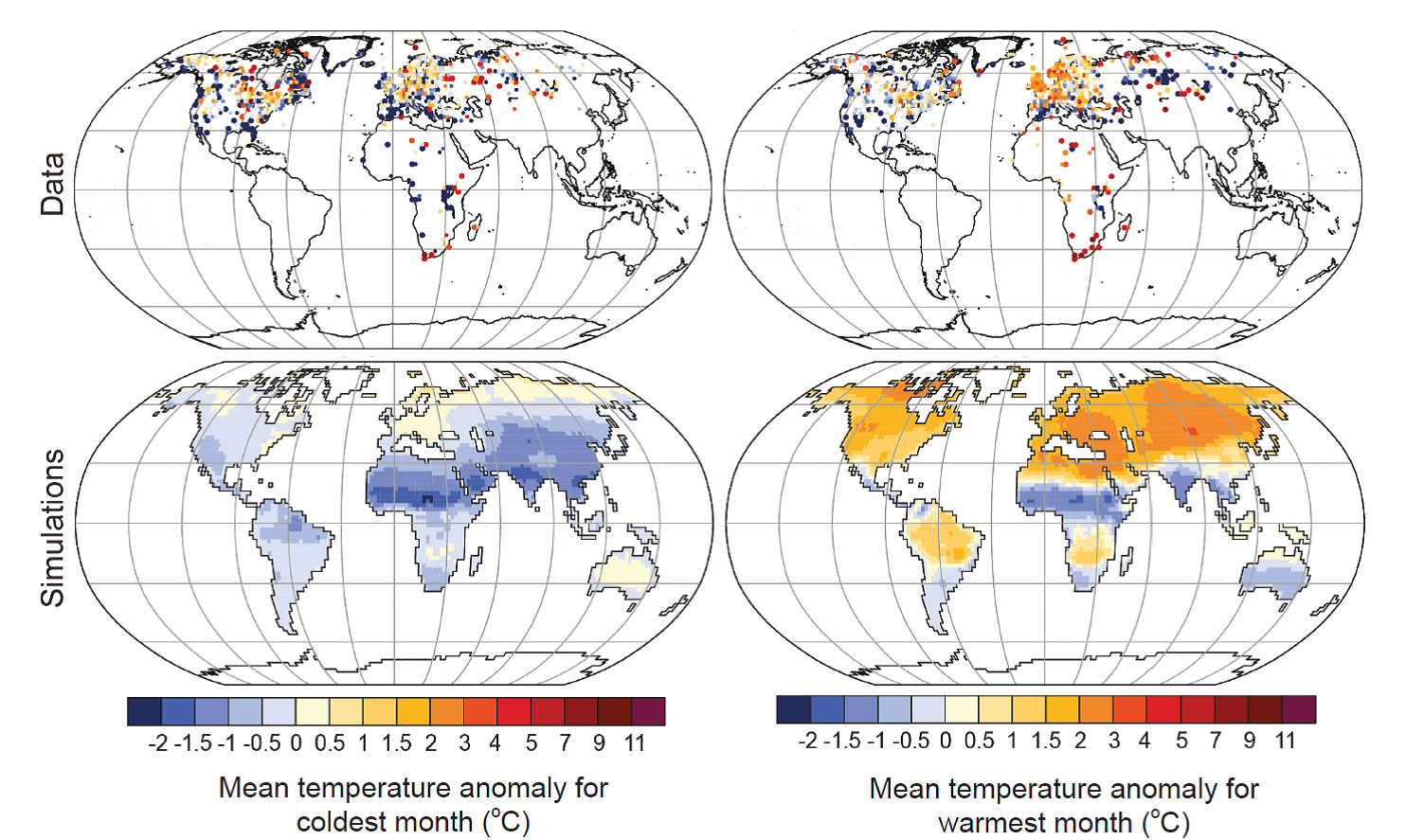 Though humans had migrated widely the period, relatively few would have been living outside that cooler blue band.

Were there earlier warmer periods for modern-ish humanity before that? No, since earth was emerging from a glacial period starting about 11,500 years ago, and global average temperatures were gradually rebounding from about 6 degree Celsius cooler than today.

The next previous warm era would have been the Eemian interglacial period about 130,000 years ago, which again was associated with orbital variations.

You could quibble about the era of "human-inhabited" earth; homo sapiens arose about 300,000 years ago, but remained limited to Africa until about 70,000-50,000 years ago.

Not the answer you're looking for? Browse other questions tagged temperature or ask your own question.