What determines the direction of wind [duplicate]

What determines the direction that a wind blows? I understand that the nature of my question is immensely broad but I see no other way to phrase the question.

The question surfaced in my mind when I was checking out the windmap for the South East Asian region as I was monitoring the haze conditions there. 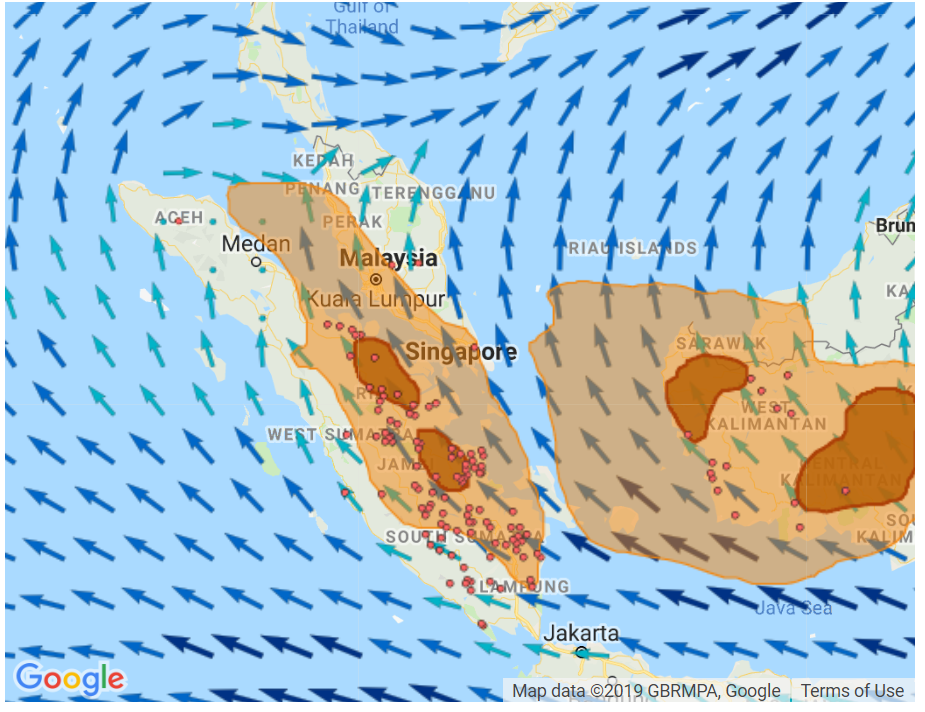 Sunlight (heat), planetary rotation, and the shape of the land in passes over.

Prevailing wind is mostly caused by hadley cells, or the masses of air move due to the thermal difference between the pole and the equator as well as the surface of the earth and space. Thus it is the interaction of two different thermal convection cells. this moment twists into cells due the coriolis effect and the earths rotation.

these cells can be somethat disrupted on the local level by things like mountains. 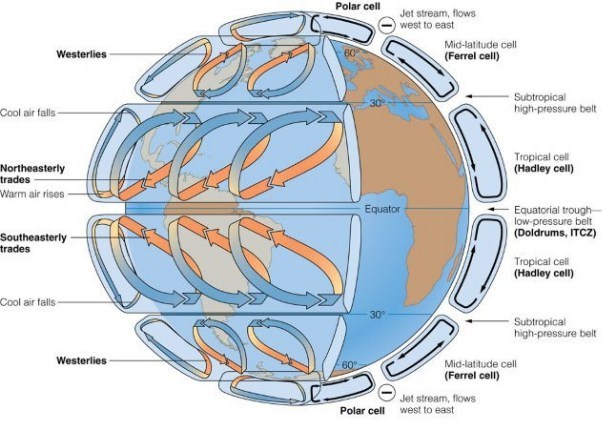 Most places have a prevailing wind, which is the main direction the wind comes from. In UK the prevailing wind is from the south west, which moving across the Gulf Stream gives us a mild, damp, marine climate.

Winds usually come in a rotating swirl which you can often see in satellite photos. It's a swirling air mass like a hurricane, but usually far less violent, and in a low pressure system north of the Equator the air moves counter-clockwise. Meteorologists call this a cyclone. If you can visualise one of these swirling air masses moving across UK or Malaysia, the leading edge of this rotating air mass might be blowing from south-east toward the north when it first touches land, but soon after, the trailing edge will pass over the same land, and then the wind will blow in the opposite direction. A high pressure system is called an anti-cyclone, and the wind from an anti-cyclone circulates clockwise in the northern hemisphere.

The speed with which it changes direction depends on several things, but mainly the size or diameter of the rotating air mass. There is this tendency for these rotating air masses to drift from west to east. Winds are always strongest where there is low pressure and tend to be much calmer in high pressure.

19
Where does wind come from?
8
Why does the wind periodically change direction?

8
Why does the wind periodically change direction?
10
Does within-canopy wind direction correlate with wind above the planetary bounday layer?
7
How do I represent wind direction on a UTM (Universal Transverse Mercator) map projection?
11
Plotting the wind direction in 3D?
7
Why does wind blow offshore in the morning?
4
Is wind just mainly nitrogen particles moving in one direction?
3
Wind direction data
7
What is the definition of wind gust?
1
Converting Wind Movement to Wind Speed