Could this cloud be artificially formed? 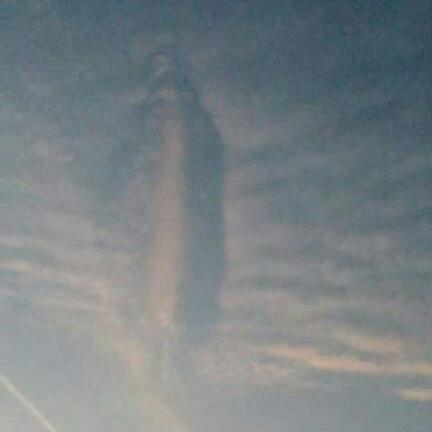 This photo was taken at 3000 m above sea level in an open field, during the day.

There's not much context, but my guess is that this was a cavum cloud (a.k.a. punch hole or fallstreak), that was caused by an aircraft. The UK Met Office describe how these form:

They form in clouds of supercooled water droplets, water below 0 °C but not yet frozen. These water droplets need a tiny particle, a nucleus, to freeze or to be cooled below -40 °C.

Aircraft punching through this cloud layer can cause air to expand and cool as it passes over the aircraft wings or propeller. This change in temperature can be enough to encourage the supercooled droplets to freeze and fall from the cloud layer in this distinctive pattern.

The Cloud Appreciation Society have a gallery with loads of examples. The NASA Earth Observatory blog also has a nice satellite image from over the Southern US with multiple occurrences at the same time, which also features in Heymsfield et al (2011) Formation and Spread of Aircraft-Induced Holes in Clouds, Science: 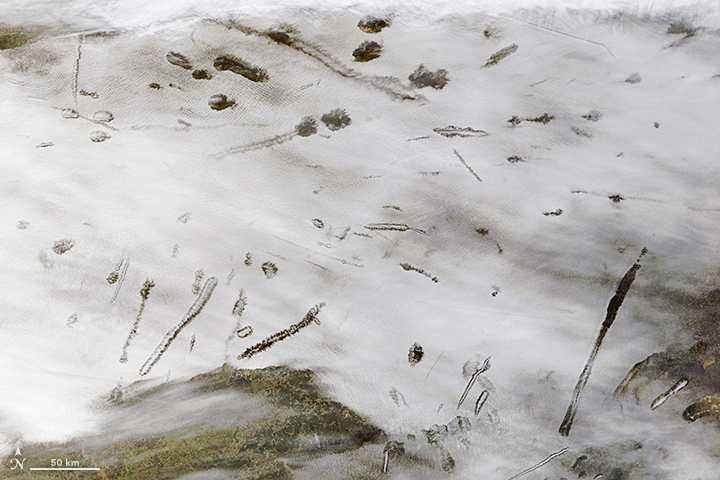 I think it could be artificially formed. The parallel background clouds are natural formations; I have seen such formations over Hereford so straight, extensive and parallel that they looked artificial, but weren't. However, the transverse cloud in your photo runs contrary to the natural airflow. One possibility is that an aircraft flew cross grain through or just above the parallel clouds and left a vapour trail behind it. Why isn't the vapour trail longer? Perhaps because only the air near the background clouds is suitable for vapour trails to form. It is not unusual for vapour trails to be discontinuous.