What is the impact of divergent tectonic plates on old mountain ranges?

I found this question, which is similar to what I'm wondering, but my question is slightly different:

What happens if a new divergent boundary forms in a way that bisects a mountain range, especially one formed by converging plates -- and is that even possible?

Purely for the sake of example, if a divergent rift somehow formed on the North American plate, dividing the Appalachians [ETA: apparently I circled a valley, please pretend I'm not a geography-illiterate dork and that it's actually some old mountains.]: 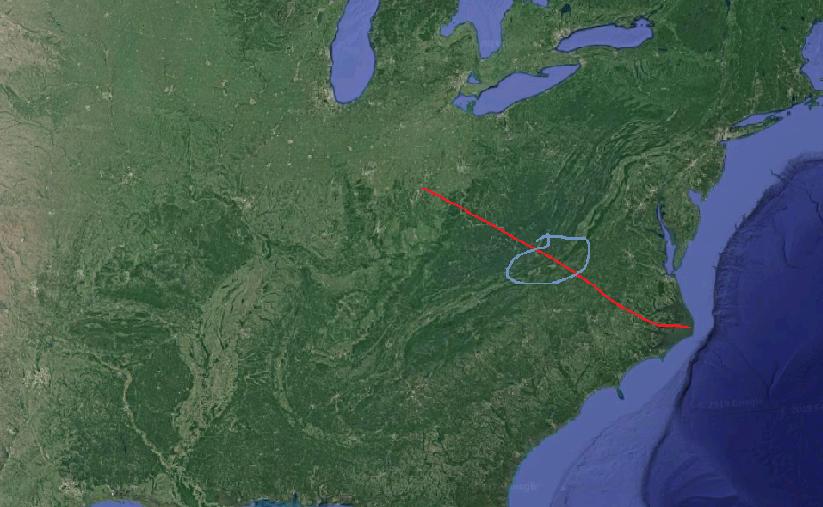 What would happen to the circled area? Anything? Would the mountain range be recognizable after an ocean formed between them? Considering the timescale involved, perhaps an older range would be unrecognizably eroded? I've tried to find examples in the real world, but my Google-fu fails me.

Somewhere I picked up the idea that the Appalachian and Welsh coal seams were once connected or formed together (I think it may have been from an offhand comment in a movie about Welsh miners, so a] maybe I understood wrong and b] who knows how accurate it was), so I initially wondered if that might be an example of what I'm curious about. Unfortunately, some light research seems to indicate that's not the case (if I'm understanding this and this correctly, the connection ends at "both formed, at least partially, during the Carboniferous.)

I'm most interested in what the effects (if any) would be on older mountain ranges such as the Urals or Appalachians, but if anyone knows what kind of effects it might have on younger, taller ranges, I'd love to hear about it.

If anyone has sources I could look into for a deeper understanding, I'd love to have those as well! My lack of knowledge is distressing me to no end.

The example of the East African Rift was given in a different answer.

Splitting of mountain ranges in two becomes even more apparent as you go up north from there.

The Red Sea between Egypt and Saudi Arabia is a young new spreading ocean, that cuts through Precambrian mountains. 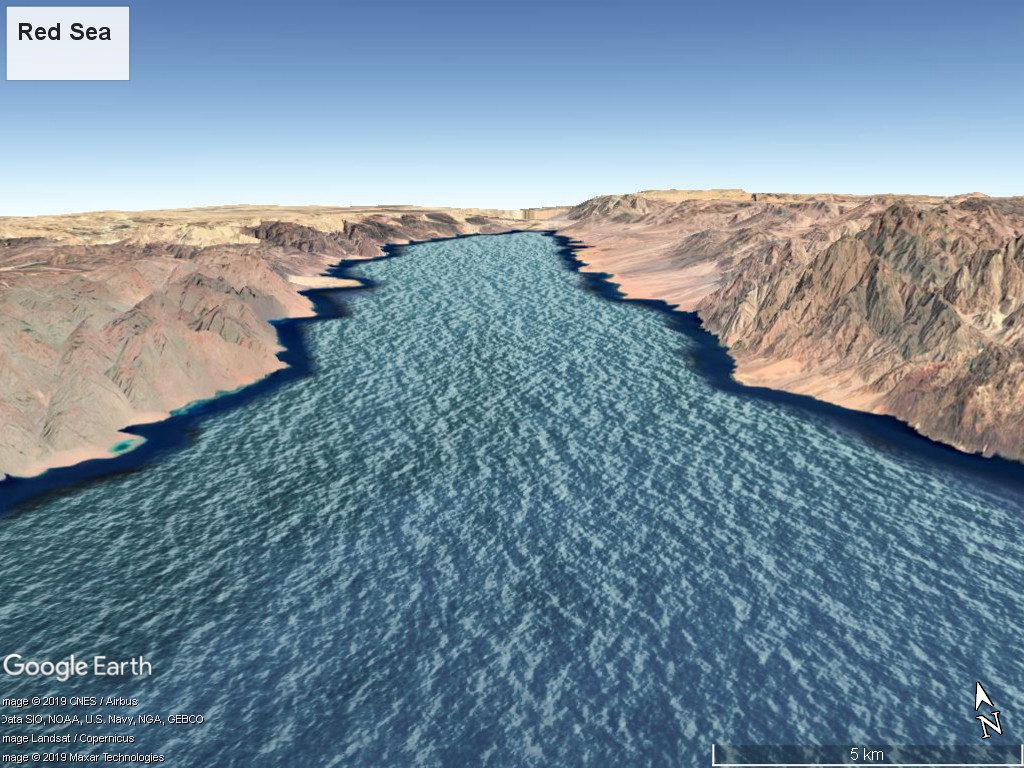 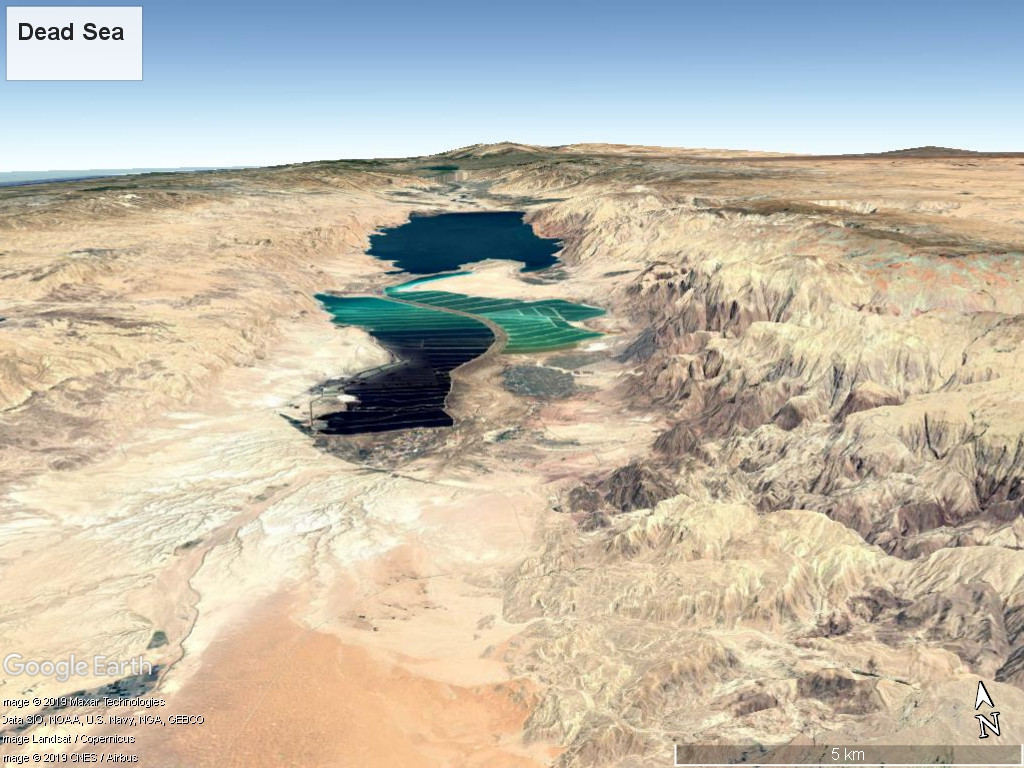 Divergent boundaries are going to form where the crust is weak and thin, a divergent boundary siis very unlikely to form in an existing mountain range. Imagine trying to pull apart a lumpy cookie, is it going to break through the thick lumps or the thin areas. That's not saying a rift could not cut across a mountain range but it will be very unlikely, it is woll do just that, cut across it. If it does you are left with two mountain ranges, mountains are constantly falling back to neutral height since the moment they are formed, tearing them apart just speeds that up in a very localized region. What is more likely is a mountain range getting pushed over an existing spreading center, which has happened in the western US. and the result is the entire continent and mountain range slowing being stretched and thinned in a rough irregular manner at the same time it is getting pushed up higher and higher as rising magma essentially underplates it. This is why the western US contains so much highlands.

This should be helpful.

Now of course "mountain" are a relative measure, there are a lot of types of mountains, so a rift valley can actually be bordered by mountains created by the rifting itself, areas that have simply not thinned next to areas that are thinning are also called highlands or mountains depending on how extensive they are.

For your more specific question, the appalachians are part of the central pangea range, which included the anti-atlas range of africa and the scottish highlands, so no not the same. however the range included multiple mountain building events so they may indeed be connected by events. The welsh coalfields were swamps at the time likely fed from from those mountains.

If you want to know about what happens with diverging plates, the best example to look at is the East African Rift Valley. An existing plate is forced to split apart by a mantle plume or plumes, and this is likely to be accompanied by volcanism as is the case in East Africa. It is theoretically possible for the rift to cut through mountains, and this seems to have happened near the Afar region of Ethiopia, but a developing rift would tend to avoid very large mountains and seek more easily fractured terrain.

The East African Rift is exceptional in being by far the largest in the world. Mid Ocean Ridges share some features in common with the diverging plates of rift valleys. If you think of Iceland as being a mountain, a mid ocean ridge and its associated rift runs straight through it and is the cause of Iceland's volcanism. Britain and North America were once connected, but I don't think the Appalachian and Welsh coal seams were.

Not the answer you're looking for? Browse other questions tagged plate-tectonics mountains tectonics or ask your own question.