Help understanding this image of an unusual double reflected rainbow

According to the article:

The image was captured by Martin Gray at Gyran on Tuesday morning, who described the sight as "amazing".

He said: "I'm used to seeing double rainbows, but this was a really weird-looking thing."

"I quickly snapped a few photos. It was extremely bright, and odd looking - all odd angles. "But I didn't even notice the faint fourth arc until I carefully looked at my photographs."

BBC weatherman Simon King said it was an "impressive" photograph. "It's a really impressive double reflected rainbow," he said. He said the photographer had a loch behind him at the time.

As a result, sunlight had bounced off the loch before reaching the water droplets from a rain shower in front of him. The sunlight was then bent and reflected inside the droplet back to the photographer.

Question: I've annotated the image and numbered each of the arcs. Is it possible to sort out what's going on and which phenomenon are responsible for each of them? 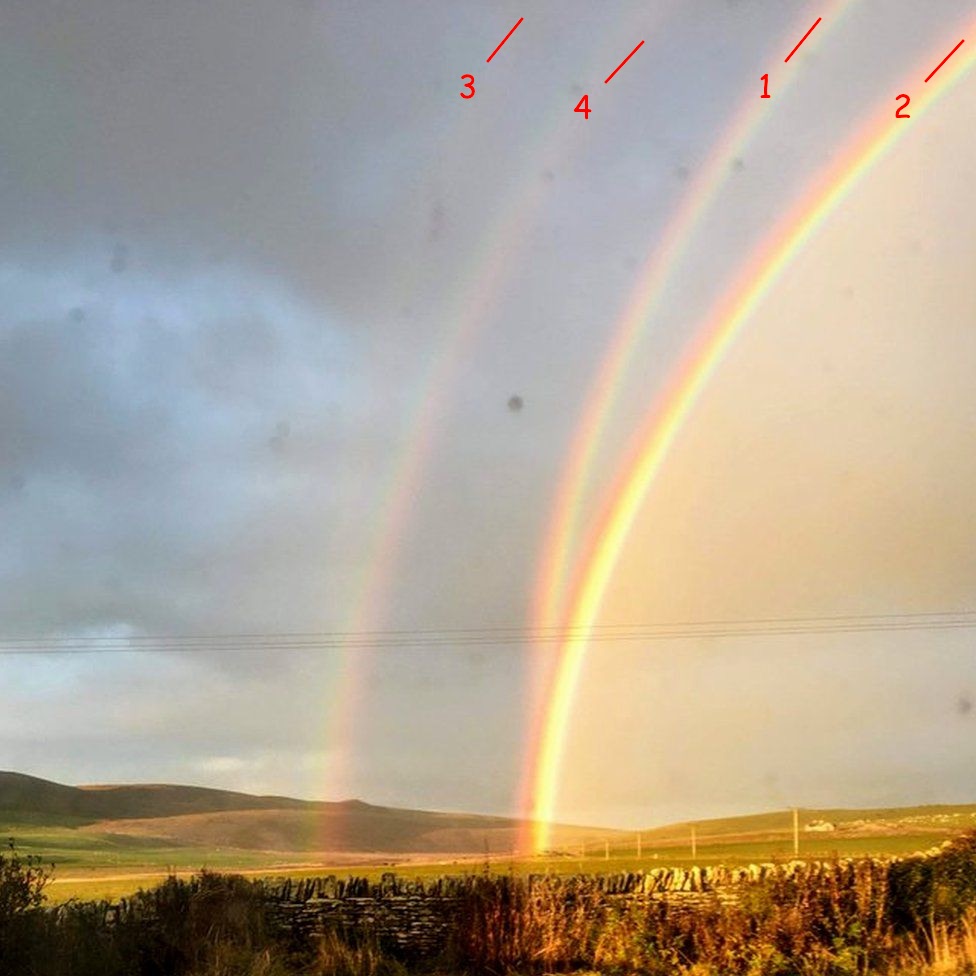 Note well: The linked article called these reflected rainbows, but that is incorrect. A reflected rainbow is yet another atmospheric optical phenomenon that occurs when one sees what appears to be the reflection of a rainbow on water in front of the viewer. The water was behind the photographer in the linked image, and the extra two rainbows were in the sky rather than in the water. (There is no water in the linked image.)

One way of looking at rainbows is that they transfer some of the light that would normally fall between the primary and secondary to inside the primary, and that this transference changes a bit with frequency.

6
Is this particular multiple rainbow unexplained by science?
3
What might be causing this rainbow-like effect on the ground?