What could possibly be a rational basis for rejecting climate science? [closed]

It would seem that consistent failure by global heating deniers to provide a rational basis for their rejection of climate science would form sufficient evidence that no such rational basis exists.

I am diligently striving to use logical analysis to cut to the heart of the truth about global heating in such a way that all true skeptics (not those hired to lie) will immediately see the light of the truth.

I make this post so that all global heating deniers will be provided an opportunity to present their side.

3C ± 1.5C for every doubling of CO2 plus the following 100 PPM spike in global CO2 since 1950 really seem to explain the temperature increase. 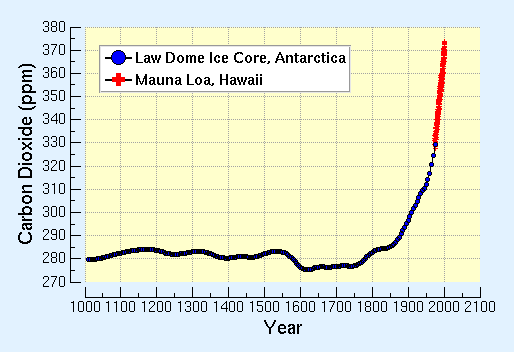 If the issue is assessed on other grounds than science ones there can be rational reasons to reject climate science. e.g. if it is being assessed with respect to how addressing versus not addressing AGW impacts costs, competitiveness and profitability of specific business enterprises then rejecting climate science and encouraging other business operators as well as governments, courts and regulators to reject it, to avoid compliance costs of addressing it appears rational. The advice given by lawyers to people and companies facing lawsuits to admit no responsibility and seek to undermine the plaintiff's arguments, including questioning the veracity of expert witnesses is not irrational. Unethical perhaps, but it is not irrational.

Just because someone says that man made CO2 emissions are not the sole cause of climate warming does not mean they are rejecting climate science. On the contrary, it is those who claim it is the sole cause who are rejecting science. Prof.Malte Janson of the University of Chicago, quoted in the journal Nature Geoscience, is among those who say man made CO2 is not the sole cause of climate warming, but his academic status will probable deter the climate fanatics from labelling him an heretic and climate change denier.

Jensen's team have found that increase or decrease of sea ice in the Southern Ocean around Antarctica plays an important part in the CO2 content of the atmosphere. When there is an increase in sea ice, the ocean beneath the ice can no longer release CO2 into the atmosphere, and that, in addition to the ice reflecting solar radiation back into space, causes cooling. When the sea ice retreats, the opposite effect occurs: CO2 is released and there is also less reflectivity, so the world warms up. This helps explain why the Milankovitch cycles are not an infallible guide as to when ice ages will occur.

Between 1979 and 2014, ice cover in the Southern Ocean increased, and had this trend continued, then according to Prof.Jansen it might have eventually led to the start of a mini ice age or worse, but from 2014 to the present time the ice has been retreating. No one is sure what will happen next, whether the ice will continue to retreat or resume its advance. According to the researchers, the Younger Dryas climate event of about 12,800 years ago may have been caused by a sea ice advance of this sort. It is also a possible cause of the 400 year Little Ice Age from roughly AD 1400 to AD 1800. The point I am making is that many so-called climate change deniers are in fact nothing of the sort, they are just less fanatical than those who have made climate change their religion.

10
Noctilucent clouds and anthropogenic climate change
12
What is a reasonable forecast of sea level in 2100?
11
“The world will start COOLING DOWN in 2017”?
2
How do we allocate partial CO2 doublings for Empirical Climate Sensitivity?
1
Does extrapolating current CO2 trends indicate 7632 PPM CO2 and 14C temperature anomaly within 200 years?
1
How reliable would measuring global heating from satellite be?
1
By what objectively correct process could we determine the truth about the actual severity of anthropogenic climate change?
2
Are 60C heat waves predicted by 5C of global heating? (The worst consequence of global heating)