This question assumes the accuracy of this (and similar) charts. 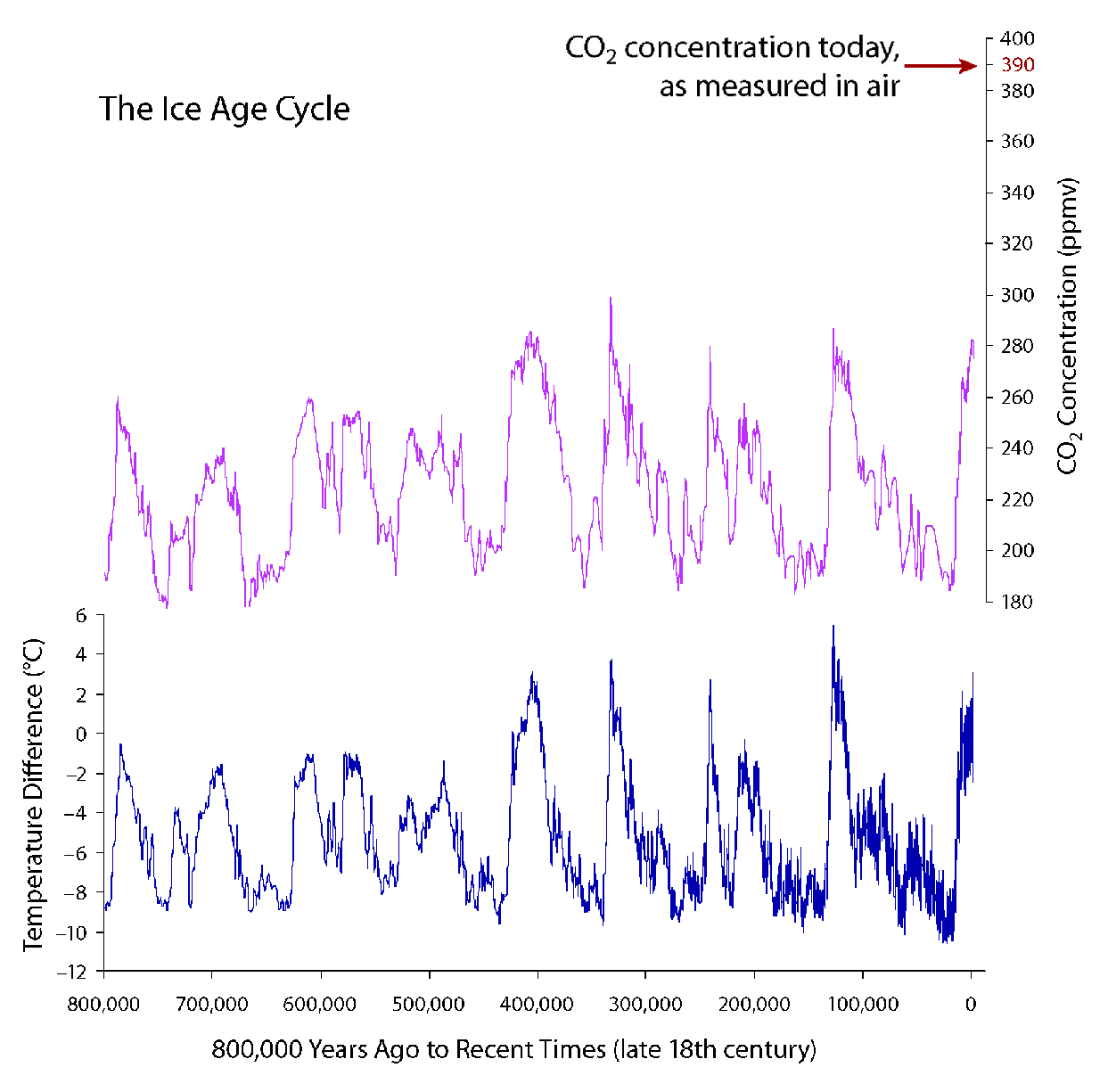 First things first: There's nothing per se wrong in science with answering "We don't know" to a vexing problem. This might well be one of those cases.

The question you are asking was asked by Imbrie and Imbrie in 1980. The problem you have noticed (a very strong interglacial despite low Milankovitch forcing) is now known as the "stage 11 problem", and this appears to be closely associated with the transition from a ~41000 year glacial cycle to the ~100000 year cycle we have seen for the last 900000 years.

Why "stage 11"? This is a reference to the concept of Marine Isotope Stages, depicted below. The Marine Isotope Stages refer to the abundance of oxygen 18 relative to oxygen 16. Water made of two protons (hydrogen) and one oxygen 16 atom evaporate more readily than does the slightly heavier water centered on an oxygen 18 atom. This makes the oxygen 18 levels in oceanic deposits a very nice proxy for climate. 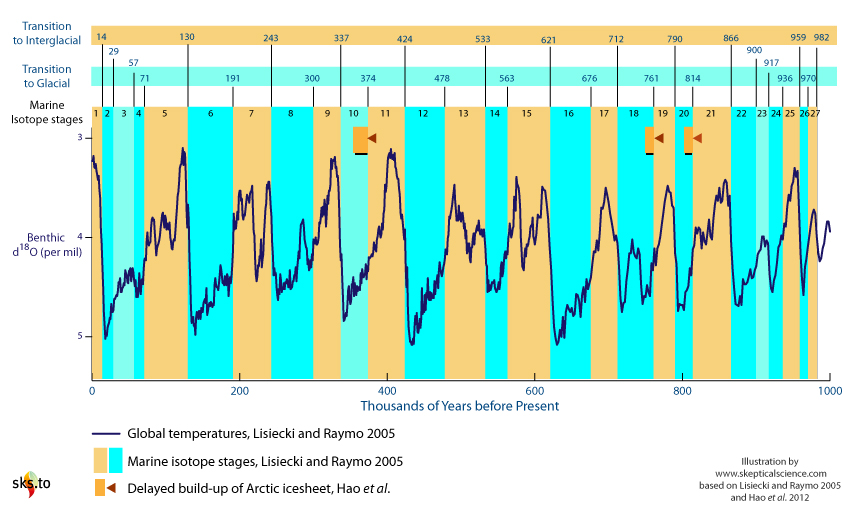 Three key transitions can be seen in the above graph. The glacial cycle started to change from a ~41000 year period to a ~100000 year period a bit less than one million years ago. The second transition occurred after MIS 17 when glacials shifted to being more extreme. The third transition, the one that you noticed, occurred after MIS 12 when interglacials shifted to being more extreme. This latter shift is the core of the "stage 11 problem".

So, rhetorically, what did cause this shift from a glacial cycle of ~41000 years to ~100000 years, and why did it take half a million years for this transition to become complete? A partial explanation by Abe-Ouchi et al. is that something happened between 0.4 and 1.0 million years ago that enabled hysteresis loops. Instead of disappearing on a 41000 cycle, ice instead built up to such thick levels that all of the ice didn't melt at what would have ended a 41000 year glaciation. Once that happened, it wasn't much of a jump to survive two 41000 year cycles. But by then the ice had become so very thick that all that was needed was a mild forcing from warming to make the ice melt catastrophically.

This still falls in the "and then magic happens" category. One very plausible hypothesis that has gainied a lot of traction (e.g., Bintanja and Van de Wal) is that those massive ice sheets eventually pushed the built-up regolith from the 200+ million years since the previous ice age (the Karoo) either out to sea in the north or in huge piles of glacial drift to the south.

The initial glaciation events of the current ice age that started about 2.6 million years ago were rather weak in part because regolith makes for a rather nice ice lubricant. Those comparatively weak glaciation events continued for the next 1.6 million years, at a 41000 year interval. Much of the regolith had been pushed out of the way by a million years ago. While regolith is slippery (to ice), bare rock is anything but. This stickiness enabled ice to build up to the extent that those hysteresis loops could start to form, sporadically. It took another half a million years for the transition from a purely Milankovitch-driven 41000 year cycle to a Milankovitch+hysteresis 100000 year cycle.

Prof Malte Jansen and his team at Chicago University have found that when the sea ice surrounding Antarctica increases, it cuts off the supply of CO2 from sea to air, which would explain the lows. When the sea ice retreats, that might explain the highs.

You will immediately be thinking that the normal course of events is that CO2 moves from air to sea, so why should things be different in Antarctica? The Southern Ocean is extremely deep and cold. Deep, cold water holds more CO2 than shallow warmer waters. In the area surrounding Antarctica there are rising currents from vast depths, laden with CO2. Normally when these currents reach the surface, they deliver some of their excess CO2 to the atmosphere, then dive back down into the abyss where hydrothermal vents replace the CO2. When the surface is covered with ice, this gas delivery is halted, so atmospheric CO2 is reduced. Conversely, when the sea ice recedes the delivery of CO2 resumes, perhaps at an accelerated pace because of the build up of CO2 when deliveries were halted.

This mechanism could explain or partly explain the highs and lows on your chart, but does not exclude the possibility there may be other mechanisms at work as well. Prof Jansen is convinced that the scenario set out above explains ice ages and why they do not always fit comfortably with the Milankovitch Cycles. Obviously the increased albedo of advancing ice cover is another factor which helps to bring on an ice age.

Not the answer you're looking for? Browse other questions tagged climate-change climate climate-models or ask your own question.

15
Could the Dead Sea dry up? and if so, when?
6
What caused the earth's climate to stabilise ~10 thousand years ago?
3
How was it possible that CO2 levels were higher nearly 650,000 years ago?
9
What is the consensus among geologists about climate change being caused by humans?
7
Has the present rise of CO2 ppm been proved to be caused by human activity?
0
Is there any natural phenomenon that can account for the 100 fold faster CO2 rate increase?
2
CO2 Storage, it's possible, but what about