Could the recent temperature anomalies in the arctic be used as a proxy measure of global heating?

Because the arctic temperature record would probably not require any of the climategate urban heat island adjustments it would seem to definitively sustain that global temperatures are significantly rising. This would seem to form the most unequivocal and verifiable proof that rhetoric to the contrary is simply false.

List of Arctic weather stations that are the source of the Arctic temperature record: https://en.wikipedia.org/wiki/List_of_research_stations_in_the_Arctic 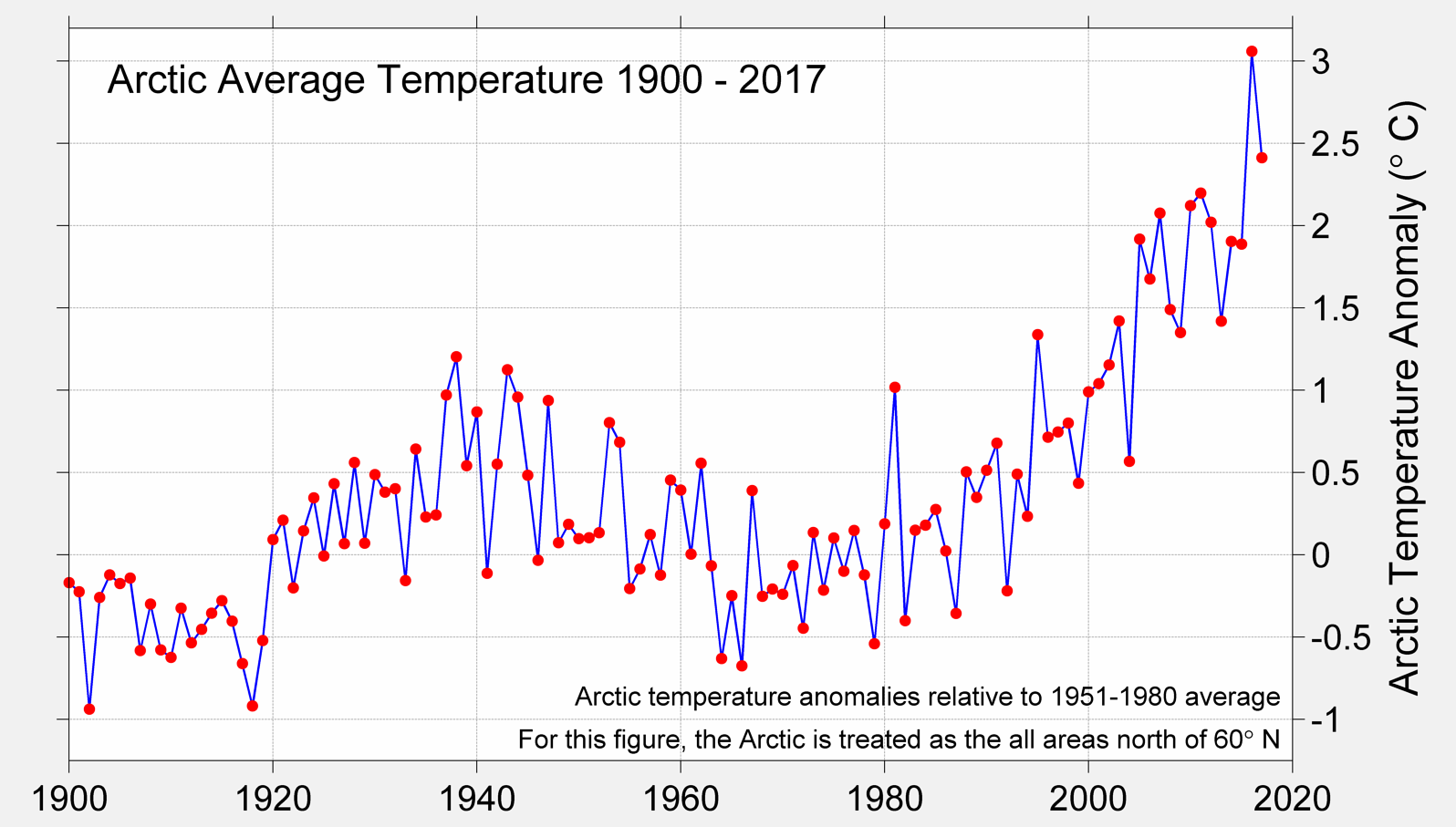 The recent spike in Greenland temperatures is almost at Holocene maximum levels despite the declining trend over the last 7,000 years.

Greenland ice cores provide a high-quality high-resolution estimate of past changes in temperatures, allowing more precise comparisons with observed temperature records than most other climate proxies. While current temperatures are likely still below the highs in the early Holocene around 7,000 years ago, they are clearly higher than any temperatures experienced in Greenland over the past 2,000 years.

Greenland is just one location and temperature variations seen in ice core records may not be characteristic of global temperatures. However, global proxy reconstructions have tended to show similar patterns, with current temperatures lower than the early Holocene maximum. 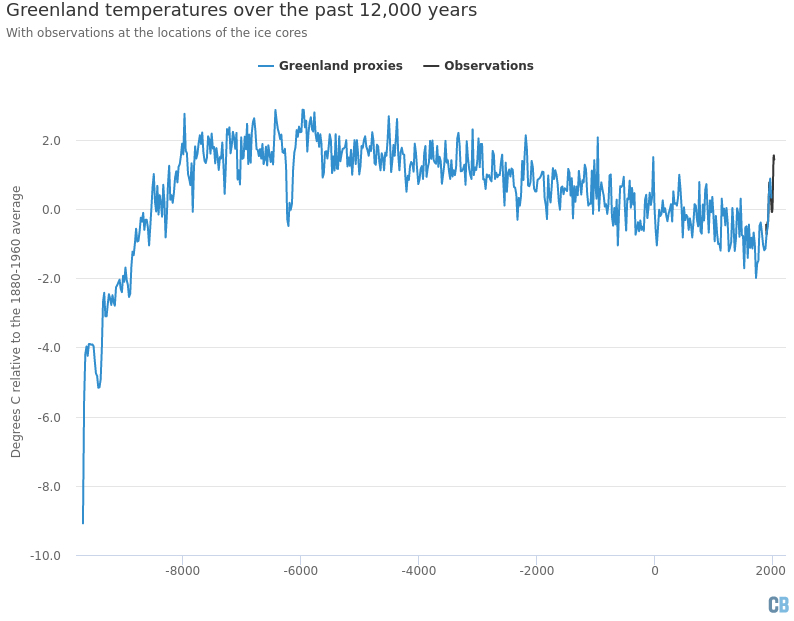 What Greenland ice cores say about past and present climate change